I read with interest Steve Sailer’s post about how it would be good for the US  to grant independence—unilaterally—to that troublesome US territory, the Commonwealth of Puerto Rico, because of its massive outflow of people to Florida thus tilting the political balance of that crucial electoral college state to the Democrats. [Puerto Rico: All Banana, No Republic  by Steve Sailer, TakiMag,  August 31, 2016  ]

There is another reason to jettison “PR” as its ongoing debt crisis may (will) result in the entire Commonwealth declaring bankruptcy! If Puerto Rico stays part of the United States I have no doubt this nation (the taxpayers) will bail it out regardless of official current denials.  And as the debt crisis worsens there will be more immigration to the mainland, so it is best to cut it off now.

The last reason is historical rather than contemporary, but history does repeat itself. Although now largely purged from America’s common memory by political correctness the most horrific acts of terrorism before those of Islam were from Puerto Rico:

“The Fuerzas Armadas de Liberación Nacional (English: Armed Forces of National Liberation, FALN) was a Puerto Rican clandestine paramilitary organization that, through direct action, advocated complete independence for Puerto Rico. At the time of its dissolution, the FALN was responsible for more than 120 bomb attacks on United States targets between 1974 and 1983.”[WikiPedia] 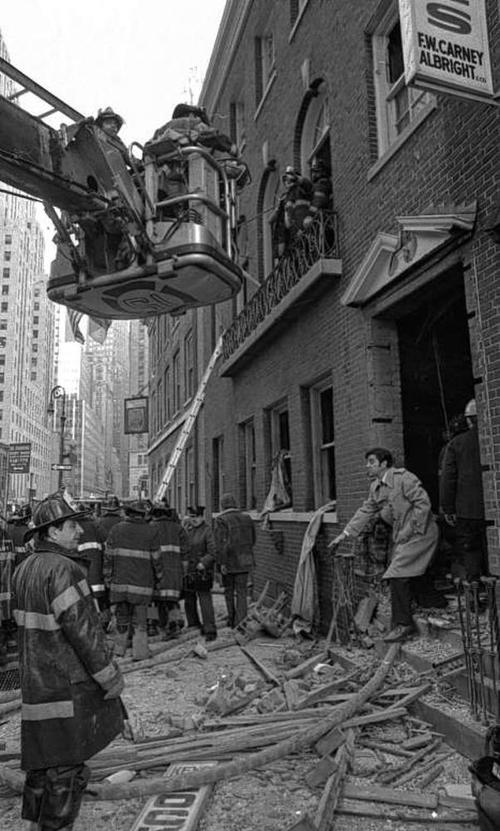 Of those, the most reprehensible was the bomb attack (January 24, 1975) on the historic Fraunces Tavern (1719) in New York City, where Gen. George Washington said farewell to his officers on December 4, 1783.

There was a time when American terrorists moved to a Latin beat. Puerto Rican Independence was the song, and it had been pulsing in the background for decades.

I visited Fraunces Tavern as a child, and again last summer. The museum in the floors above the dining area is outstanding and not PC as the establishment is owned by the Sons of the American Revolution.)

The bombing by FALN was in the dining area that killed four people and injured over fifty.

There were never any prosecutions for this bombing (Carter administration), but in the early 1980’s sixteen members of FALN were convicted on criminal conspiracy changes, sedition, firearms and explosives violations for terms of over 70 years. They were given clemency in Aug. 1999 by Bill Clinton, in spite of this action being opposed by the FBI and other law enforcement agencies.

The United States appropriated Puerto Rico in 1898 by the Treaty Of Paris as a result of the Spanish-American War. As with most acquisitions of empire they eventually become burdensome, and will drag down the nation. It is time to let Puerto Rico go!