Vincent Chiarello
A+
|
a-

VDARE.com has long been very skeptical of U.S. Supreme Court Justice Sonia Sotomayor, the ”wise Latina” and self-proclaimed “Affirmative Action Baby” whose nomination by Obama in 2009 was an early indication of his crude racial identity politics. Sotomayor’s bullying performance during the April 18 U.S. vs. Texas oral arguments fully justified this skepticism. She has become an embarrassment to the Court. 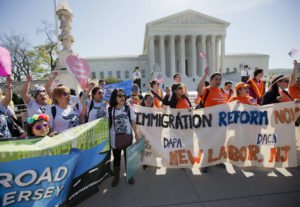 With hundreds of demonstrators, many bused in by La Casa de Maryland, poised at the steps of the U.S. Supreme Court building waving both commercially and hand-made signs approving the Obama Administration’s Executive Amnesty effort, the battle lines had been drawn. Inside, at 10 o'clock the Crier of the U.S. Supreme Court banged her gavel and intoned: "Please rise...." then..."God save the United States and this honorable court," while the justices, in order of seniority, took their seats perched above the lectern. Today would be different: there would be only one case, U.S. v. Texas, and it would last 90 minutes—something not done often during the Court's Term, due to its national importance, described by a student of the Court as having the potential, "...to be the most important in the nation's history." [The Implications of United States v. Texas , By John Miano, April 14, 2016] 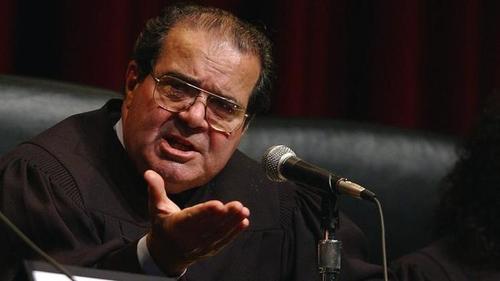 For the past 20 years, I have listened to oral arguments in the Court as the guest of the late Justice Antonin Scalia. On this day, it became abundantly clear that the Court's decision will determine if America can maintain its cultural identity. And if the Obama Administration is victorious, the result will accelerate the decline not only of the historic American nation, but of its founding legal document, the U.S. Constitution.

A question early in the arguments by Chief Justice John Roberts to Donald Verrilli, Obama’s Solicitor-General of the U.S., saw that possibility:

In short, the Obama Administration was seeking legal justification for its unprecedented and open-ended policy of "deferred action," or presidential non-enforcement of current immigration laws dealing with those illegally in the country.

Throughout the entire length the oral arguments, one question must have been shared by many in the packed audience which included Attorney-General Loretta Lynch: would the presence of Justice Scalia have brought about a victory for the forces of patriotic immigration reform?

Four years ago almost to the day, April 25, 2012, Scalia in his dissent in a case as applicable to the Texas governor seeking protections of his residents today, as it was to Arizona's governor then, wrote:

A Federal Government that does not want to enforce the immigration laws as written, leaves the States' border unprotected against immigrants whom those laws would exclude. So the issue is a stark one. Are the sovereign States at the mercy of the Federal Executive's refusal to enforce the Nation's immigration law?

Both DACA and DAPA, the result of Executive Orders, were on trial at the Supreme Court. But there was another, more immediate, threat to Texas and the other 25 states that joined it in bringing their legal suits against the Obama Administration: their standing. It was evident from the outset that the four Leftist justices—Ginsburg, Stephen Breyer, Sotomayor and Elena Kagan—would attempt to prove that the states had a no legal right to bring the case to the Supremes in the first place.

In his opening remarks challenging that ploy by the "Gang of Four," the Solicitor-General of Texas, Scott A. Keller, undertook to explain that both DACA and DAPA had produced an "injury resulting from the challenged action." Hence, his state and the others had "standing," and were legally entitled to bring the lawsuit.

But his introduction was short-circuited. Within thirty seconds, Keller was challenged by Justice Sotomayor. Comparing apples to oranges, Sotomayor opined that the Fairness Act, passed in 1990, allowed more illegal aliens deferred status than either DACA or DAPA.

Keller: DAPA is an unprecedented unlawful assertion of executive power. DAPA would be one of the largest changes in immigration policy in our nation's history

But here he was interrupted again:

Sotomayor: How can you say that? I mean, we have the Fairness Act that happened in 1990. It granted basically the same thing, deferred action and work authorization, to 1.5 million people out of 4 million. That was a 40 percent of the immigrant population of the time was affected. Here, the best estimate is that only 35 percent are affected. So at least once before, the President has taken action that has a greater percentage effect than now. So why is it the largest? Is it the number of people?

Keller: Well, the Family Fairness Program, first of all, was done pursuant to statutory authority [emphasis mine]. It was a voluntary departure program.

Was Sotomayor oblivious to the difference between the two references?

On at least three occasions in which I was in the Court, Sotomayor been corrected as to her reading of the law. In Arizona's attempt to deal with damaging impact of illegal immigration, Paul Clement, the former U.S. Solicitor-General under President George W. Bush, and now attorney for Arizona, on two separate occasions stated that Justice Sotomayor had "misread the law," a polite way of telling the justice that she was wrong. (See also Race Preferences at the Supreme Court, American Renaissance, December 18, 2015).

So Sotomayor is, in my opinion, an embarrassment to the Court. Apparently, this does not bother her; I do not believe her attitude will change. 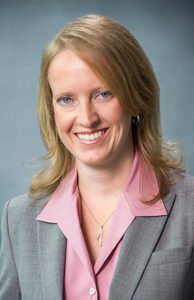 But if Keller was adequate in his defense of his state's interests, perhaps the most impressive advocate on either side that day was Erin E. Murphy  (right) who represented the U.S. House of Representatives. During her brief time in responding to questions—about 15 minutes—Murphy made it clear why she was there defending Texas.

Again, it was Sotomayor, who apparently really is incapable of understanding legal distinctions, who interrupted Murphy brusquely after the House's counsel had just begun her opening remarks:

Murphy: Three years ago the Executive asked Congress to enact legislation that would have given it the power to authorize most of the people that are living in this country unlawfully to stay, work, and receive benefits, and Congress declined. Now the Executive comes before this Court with the extraordinary claim that it has had the power to achieve the same—

Sotomayor: Excuse me. Was that really all was that part of a package for a pathway to citizenship?

Responding to a question by the Chief Justice, Murphy encapsulated the unconstitutional nature of DAPA and DACA:

Murphy: Whatever the Executive wants to label that, under its own regulations, deferred action status is equated with lawful presence. So if you cross it ("unlawful presence'') out of the DAPA memo, it's still part of the regulatory scheme that says once we've taken this extra step, not just of deferring the removal of you, but of putting you into this status, that changes your eligibility for work authorization and benefits in this country. And once the Executive is doing that, we are far outside the notion of mere enforcement discretion.

What Murphy had repeated was Keller's claim that both DACA and DAPA are illegal seizures of congressional powers which, under the U.S. Constitution, are reserved exclusively to the legislature—a concept apparently alien to Sotomayor and her three allies.

How will the case end? After two decades of observing Court proceedings, I know that justices generally do not telegraph their final vote, disguising it by the type of question they ask. However, I believe most in the courtroom that morning felt that Sotomayor and three other justices will vote in favor of the administration's extraordinary Executive Order.

I believe also that there are at least three votes to uphold the Constitution. If Justice Anthony Kennedy, who asked the least probing questions, sides with the three, then the 4-4 split will be a victory for immigration reform patriots...at least for now. That tie will mean that the 5th Circuit Court decision last November will prevail, and that both DACA and DAPA will cease.

Or should. But do not discount the possibility of this Administration’s willingness to proceed in this matter, with Justice Sotomayor, its staunch defender, leading the charge. The Romans may have said it best: lex non rex.