Immigrant displacement of American workers close to a record high, black unemployment jumps and a new immigration surge is underway—right in time for the election.

The government, in its last pre-election snapshot of the economy, reported that employers added 161,000 workers in October. The official unemployment rate dropped to 4.9 percent, from 5 percent. And average hourly earnings rose 2.8 percent year over year, a level not reached since 2008.

The MSM saw as presaging a healthy outlook for the months ahead. “It was pretty positive across the board,” said David Berson, chief economist at Nationwide Insurance.[ Last Economic Snapshot Before The Election Shows Healthy Job Growth, By Patricia Cohen, NYT, November 4, 2016,

Apparently Mr. Berson does not scrutinize the part of Household Employment Survey where data are reported by race and nativity. There he would have seen that seasonally-adjusted unemployment among Black men 20 years and older rose in October (to 8.6% from 8.3% the prior month) while Hispanic men in that age bracket enjoyed a decline (to 5.0% from 5.4% in September). Seasonally adjusted unemployment among white men held steady at 4.1% in September and October. 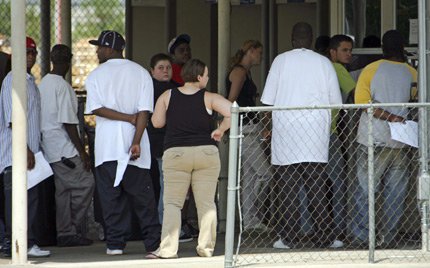 This pattern is consistent with the displacement of black workers by low wage, primarily Hispanic, immigrants.[After Immigration Raid, Locals Line Up For Jobs, NPR, August 28, 2008]

Even the macro picture of continued job growth is belied by the latest Household Survey results.

But October was unusual in that native-born American workers gained jobs and immigrants lost them. Overall, native-born American workers have lost ground to their foreign-born competitors throughout the Obama years and this trend has accelerated significantly in 2016. Last month was one of the occasional anomalies. This is brought out in our New VDARE.com American Worker Displacement Index (NVDAWDI) graphic:

During the Obama years, immigrant employment has risen 4.3 times faster than native-born employment—19.6% versus 4.6%. In many unskilled occupations, the gap is larger, owing to a disproportionate share of foreign-born workers.

The foreign-born share of total U.S. employment has risen steadily, albeit erratically, during the Obama years:

Seven of the 10 worst months for native-born workers in the Obama years (measured by the share of jobs held by immigrants) have occurred in 2016.

The foreign-born share of total employment in September was 2.23 percentage points above the level recorded in February 2009. With total employment now at 152.0 million, this implies that Obama-era immigration may have pushed as many as 3.39 million native-born Americans onto the unemployment rolls since then.

Once again the data seem to suggest an immigration surge is underway. BLS estimates that the foreign-born population of working age (16 years and over) grew by 4.3% over the past 12 months, or roughly 9 times the 0.5% growth of the comparable native-born American population.

In raw numbers, the foreign-born working age population reportedly rose by 1.711 million over the past 12 months – far larger than the 1 million that the Department of Homeland Security reports are granted Legal Permanent Resident status in a typical year. 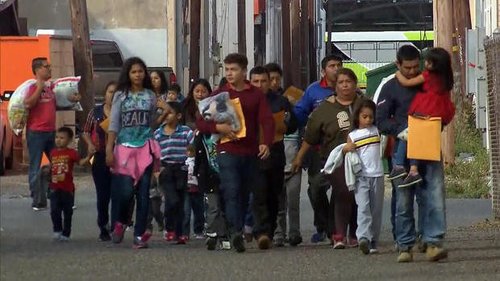 Are illegals filling the gap? I’ve been writing about this since last year. Now, finally, reports of a border surge have started to appear in the MSM—right in time for the election.