Florida truck driver James Matthew Bradley (pictured above) isn't the mastermind of the human smuggling ring that led to the grisly deaths of 10 illegal immigrants in his rig, which authorities found at a San Antonio Walmart over the weekend.

He's just a cog in the machine.

Bradley may now face the death penalty for transporting up to 100 people crammed in the trailer of his 18-wheeler. But what about the open-borders overlords making a real killing off this insatiable racket?

I'm looking at you, America-bashing corruptocrats in Mexico.

For years, our nation has been subjected to endless complaints, race-baiting insults and vicious attacks by politicians south of the border. 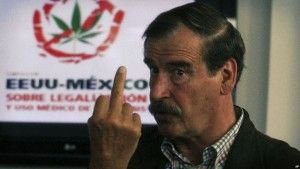 Current Mexican President Enrique Pena Nieto took to CNN's airwaves to bash U.S. citizens who support strong borders as "exclusionary and discriminatory." Last year, Pena Nieto defiantly proclaimed at the United Nations that "there are no barriers that can stop either the movement of people or the fusion 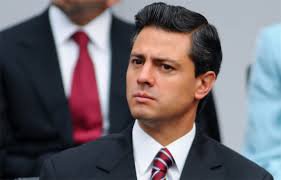 Meddling Mexican consular officials in the U.S. have lobbied aggressively from New York to Texas to California for mass amnesty, driver's licenses for illegal immigrants, discounted tuition for illegal immigrant students, and systematic sabotage of interior enforcement and deportation policies.

Armed incursions by the Mexican military have targeted our immigration enforcement agents for years. After vehemently denying a Mexican government helicopter fired on Border Patrol personnel in 2014, our "friends" were forced to admit the incident happened when Judicial Watch obtained homeland security documents detailing the attack near Sells, Arizona, on the Tohono O'Odham Indian Reservation. In fact, DHS records have tracked at least "300 documented incursions by Mexican military and law enforcement authorities onto U.S. soil since 2004"—with few consequences for the foreign invaders.

When they're not busy trash-talking our laws, shooting at our first-line protectors or actively undermining our sovereignty, Mexican government bureaucrats are up to their eyeballs in narco-state corruption.

Please note that the federal criminal complaint in the San Antonio border death truck tragedy included the statement of one Mexican trafficking victim from Aguascalientes who told authorities he met a "smuggler linked to the Zetas" cartel at the Rio Grande, where they charged "11,000 Mexican pesos for protection and 1,500 Mexican pesos to cross by raft" before loading into Bradley's big rig of death. At the Walmart parking lot, a phalanx of six SUVs operated by the reputed Zetas-associated smugglers whisked away several groups of human chattel, who were marked with color-coded tape.

Yes, that would be the same Zetas cartel that has bought and paid for top Mexican politicians for years. Last summer, a former top financial operative for the gang testified at the federal trial of Marciano Millan Vasquez that "Millan and other Zetas leaders were able to smuggle drugs, kill with impunity and launder money through real estate and government contracts because they had bribed the personal aide of former Coahuila governor Humberto Moreira," according to the San Antonio Express-News.

Human rights watchdogs and border reporters left, right, and center—from the Huffington Post to Breitbart Texas—have exposed callous Mexican government officials selling out their own people while turning a blind eye to massacres, kidnappings, extortion and racketeering across the Mexican border states.

These usually mouthy Mexican leaders are now quiet as church mice about the latest casualties of open borders. Why? Because illegal immigration is the country's budgetary bonanza.

This spring, cash transfers to Mexico spiked 15 percent in March compared with the same period last year. Remittances, the majority of which are sent by immigrants working illegally in the U.S. to their Mexican relatives, topped $2.5 billion. That's the "third largest in U.S.-Mexico remittance history, after October 2008 ($2.6 billion) and May 2006 ($2.5 billion)," according to The Hill.

It's not just what's illicit, but what's licit, that explains Mexico's countenance of the mass abuse and enslavement of its own people. "No borders, no walls" means a Mexico that will never work hard enough to improve itself so that desperate people would rather pursue their dreams at home instead of stuffing themselves into sweltering death ovens on wheels.

And yet we're the ones accused of human rights violations and lack of compassion.

How do you say "chutzpah" in Spanish?