For years, left-wingers would contest my use of the term "open borders lobby" because, they sternly rebuked me, nooooobody in America seriously believes in open borders. 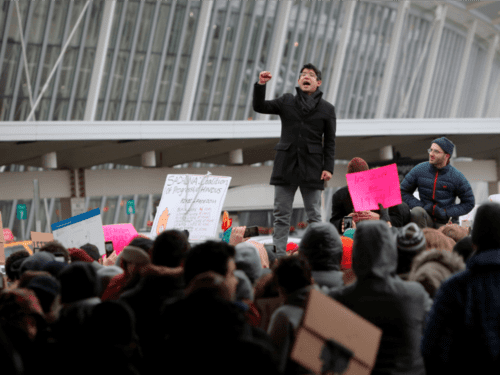 This weekend, thousands of anti-Trump liberals took to the streets, airports and college campuses chanting "all are welcome" and shrieking "let them in" to protest White House executive orders enforcing our borders. In case their position wasn't clear enough, the mobs bellowed:

"No borders, no nations, f— deportations!" 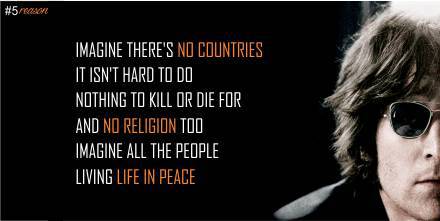 Reasonable people can argue about the details and implementation of Trump's policies. But the John Lennon-addled "Imagine there's no country" crowd is post-reason. Their treacle is treacherous.

No, nitwits, not all refugees are welcome here.

Muslim extremist refugees seeking to wage jihad on our soil and kill all infidels are not welcome here.

Anti-American refugees seeking to transform our society and culture into a Balkanized hell are not welcome here.

Misogynist refugees who treat their (multiple) wives as second-class citizens and subjugate their daughters (who are vulnerable to "honor killings" for the slightest transgressions) are not welcome here.

Jobless refugees seeking to soak up our tax dollars while griping about our lack of generosity are not welcome here. 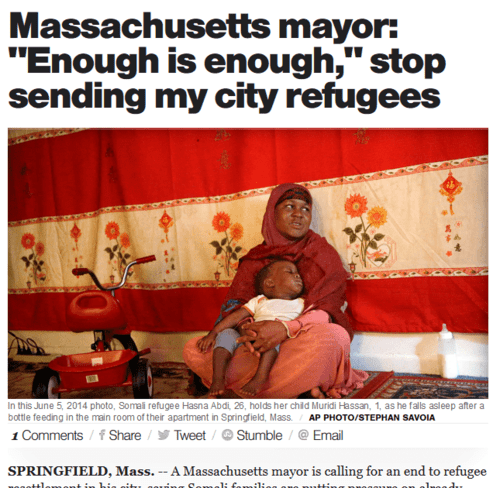 In 2014, New England mayors from both parties pleaded with the Obama administration to enact a refugee resettlement freeze as the flood of unassimilated newcomers strained their schools and municipal resources. "I have enough urban issues to deal with. Enough is enough," Springfield, Massachusetts mayor Domenic Sarno, a Democrat, declared at the time. "You can't keep concentrating poverty on top of poverty."

President Trump understands what the Pollyanna protesters of his immigration enforcement reforms simply cannot or will not comprehend: America needs a break.

We cannot be responsible hosts when our immigration and entrance system is in shambles. Homeland security officials and inspectors general have warned for decades that our consular offices are filled with corrupt and incompetent clerks; our computer systems are outdated; criminal background checks have been abandoned wholesale; the deportation and removal apparatus has been sabotaged by pro-illegal immigration ideologues; and our southern border is overrun by drug cartel violence, human trafficking and misery.

We already grant 1 million legal permanent residencies to people from around the world every year. That's expected to increase to 10.5 million green cards by 2025. Add in between 11 million and 30 million aliens here illegally, along with an estimated annual influx of 70,000 asylees; 500,000 foreign students; nearly 700,000 total foreign guest workers (skilled and unskilled, plus their spouses, many of whom are allowed to work here as well); plus more than 350,000 foreign high school and university students, researchers, physicians, and summer work travelers on J-1 exchange visitor visas; 66,000 visas for nonagricultural temporary foreign workers; and 117,000 slots for seasonal agricultural workers.

Section 7 of President Trump's executive order calls for full construction of the long-delayed biometric entry-exit tracking system—which Congress and both parties have promised to do since the 1990s, but have failed to complete since the 9/11 National Commission on Terrorist Attacks on the United States recommended it 13 years ago. The tourism industry, foreign governments, the ACLU, universities and the immigration lawyers' lobby have all conspired to prevent this meaningful tracking system from coming online. An estimated 40 percent of all aliens here illegally are visa overstayers.

It is not "fascist," "racist" or "xenophobic" to close our front door to tens of thousands more while we get our own house in order. It is self-preservationist.