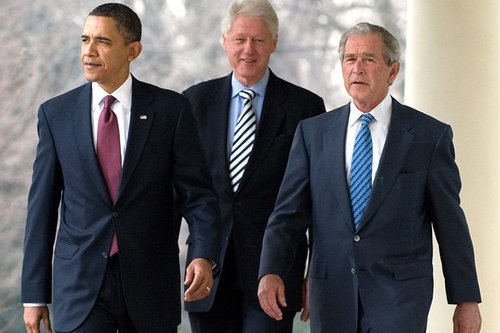 WASHINGTON — The question from the congressman to the Obama administration official was straightforward enough: How many foreign visitors overstay their visas every year?

The reply was simple too, but not in a satisfying way. “We don’t know,” the official said. …

Nearly 20 years ago, Congress passed a law requiring the federal government to develop a system to track people who overstayed their visas. After the attacks of Sept. 11, 2001, an entry and exit tracking system was seen as a vital national security and counterterrorism tool, and the 9/11 Commission recommended that the Department of Homeland Security complete a system “as soon as possible.” Two of the 9/11 hijackers, Satam al-Suqami and Nawaf al-Hazmi, had overstayed their visas.

Since then, the federal government has spent millions of dollars on the effort, yet officials can only roughly estimate the number of people in the United States illegally after overstaying visas.

Officials blame a lack of technology to conduct more advanced collection of data like iris scans, resistance from the airline and tourism industries because of cost, and questions about the usefulness of tracking people exiting the country as a counterterrorism measure.

Some experts also note that a sizable number of those who overstayed their visas are highly skilled workers who come under the H-1B program or are foreign students.

So, therefore, law-breaking is good because the people’s representatives shouldn’t have made those laws.

One widely cited statistic, from a 1997 report by the Immigration and Naturalization Service, puts the number of people who overstay their visas at 40 percent — which now would mean about 4.4 million of the estimated 11 million undocumented residents in the United States. Numerous lawmakers, including the Republican presidential candidates Marco Rubio and Ted Cruz, have used that figure when trying to describe the scope of the problem. But even that number has never been conclusively substantiated.

Federal agencies have not provided a new report to Congress on overstays since 1994, despite the congressional mandate.

In early 2013, Janet Napolitano, then the secretary of Homeland Security, testified before Congress that the agency planned to issue a report on overstay rates by December 2013. The agency did not follow through because officials said they did not have confidence in the quality of the data. Mr. Bersin said last month that the report would be issued in the next six months.

Many members of Congress and some law enforcement officials worry that terrorists could exploit the visa program because the United States does not routinely collect biometric information — fingerprints, iris scans and photographs that can be used for facial recognition — of people leaving the country. Nearly three dozen countries, including many in Europe, Asia and Africa, collect such information.

“U.S. airports and other entry and exit points were never designed with departure control in mind,” said Theresa Cardinal Brown, the director of Immigration Policy at the Bipartisan Policy Center in Washington and a Department of Homeland Security official under President George W. Bush. “If we want to do that it’s going to mean building a lot more infrastructure.”

It’s too bad that technology for computers, video cameras, and chip-driven sensors are getting bulkier and slower every year, which is why information technology is getting worse annually. Notice how electric computers have been replaced by diesels and recently steam powered computers, with pit ponies the inevitable next stage.

The 9/11 Commission report called the establishment of an entry and exit biometric system “fundamental to intercepting terrorists” trying to enter the United States because it would allow law enforcement officials to determine if a traveler had overstayed a visa.

Still, efforts to build such a system to collect the information have stalled for decades.

In 2004, lawmakers passed legislation that required Homeland Security officials to accelerate their efforts to create an automated biometric entry and exit data system.

Congress repeated its demand for a biometric exit system in 2007 and set a deadline for 2009. But the deadline passed, with the department putting into place only a handful of pilot programs.

Since then, the department has continued to struggle to meet this requirement. A 2013 report by the Government Accountability Office said the Department of Homeland Security had more than one million “unmatched” arrival records, meaning that those records could not be checked against other information showing that the individuals had left the country, but again the department could not offer a precise number.

Despite the call by some lawmakers for an exit system, airports and the airline industry have balked because it would cost airlines $3 billion, according to a 2013 Homeland Security estimate. The Department of Homeland Security issued regulations in 2008 requiring airports to collect biometric exit information, but carriers have largely ignored the regulation, and there have been no sanctions.