President Obama is about to impose Amnesty on the American people unilaterally, via an executive order – but one GOP group has the solution. A “conservative Latino” group says Republicans can pre-empt Obama—by passing their own Amnesty.

According to Suzanne Gamboa of NBC News, the group has announced the formation of “a coalition advocating for immigration reform” to be enacted by Congress, rather than by Obama. [Latino Conservatives Launch Immigration Group As W.H. Close To Executive Action,November 13th, 2014]

In other words, this group wants the same thing as the President, they just want it done a different way.

The problem with this plan: Congress has already tried to pass Amnesty several times over the past decade. The Republican leadership has always been complicit in these efforts. And every time, it’s been a grassroots pushback by the American people that has prevented Congress from delivering on its promises to the cheap labor lobby.

That’s why Obama has now simply dispensed with Congress and is brazenly and openly declaring his intention to do it himself. He has no other alternative, especially not with a new Republican Congress.

So what does this “conservative” Latino group, which calls itself the “Hispanic Leaders for Immigration Reform Coalition,” hope to accomplish?

As you might have guessed, it’s more handouts to subsidize their own ethnic tribalism.

According to NBC’s Gamboa, herself a “lifetime member” of the National Association of Hispanic Journalists:

Separately, a group of conservative Hispanics announced Thursday [November 13th] they were launching the Hispanic Leaders for Immigration Coalition, made up of right of center Hispanic leaders who want to see immigration reform "addressed in a conservative way by the U.S. Congress." The launch of the group came with the release of a study by the conservative groups arguing that the Latino vote is in play politically for 2016 and Latino voters tend to be more conservative and is "a vote that deserves to be courted aggressively by all parties."

This certainly sounds familiar. And, with a little digging, it emerges that this supposedly new group is composed of members of the same old Open Borders Rogues’ Gallery we’ve been profiling for years.

The first rogue: Al Cardenas, Cuban-born chairman, until recently, of the American Conservative Union. (See VDARE.COM file on Cardenas). Cardenas wants the Congress to deal with immigration next year: "We're going to do everything possible in our sphere of influence to see to it that this issue is fairly debated and brought to the floor for a vote”.

So Cardenas says he wants the immigration “fairly debated and brought to the floor for a vote”? Well, we already know where Cardenas stands on the issue. In an opinion piece published last year in the Washington Times, To do nothing would be de facto Amnesty[July 11, 2013], Cardenas repeated the usual, discredited talking points: we have a “broken” immigration system; “mass deportation is unworkable”. (Encouraging illegals to “self-deport” by enforcing the law was not even mentioned). 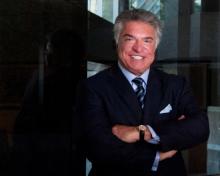 Cardenas(pictured right) like other self-appointed Hispanic leaders, appears to be of predominantly European descent—a type that Steve Sailer calls “Conquistador-American.” Nonetheless, he gloats that it is an “irrefutable fact” that white Americans will be in the minority in just one generation. But he coos that by “proceed[ing] with conviction instead of fear of change, we can ensure that the values of our Founding Fathers live on for generations to come.”

Of course, if that were true, we wouldn’t be in this situation to begin with.

But what does Cardenas care? As a “white Hispanic,” he and his children can use their ethnic identity for political purposes and reap government benefits in perpetuity. 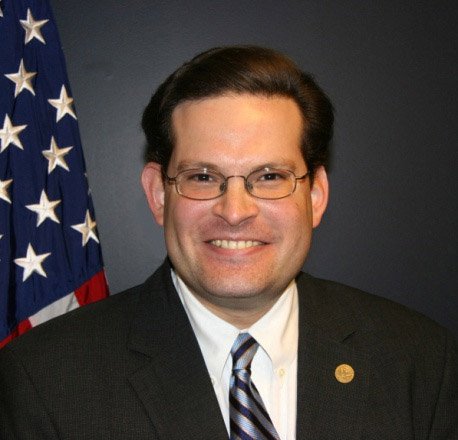 Aguilar is quoted as saying that the unilateral Obama Amnesty is bad. On the other hand, Aguilar thinks the congressional GOP should pass its own Amnesty:

[Aguilar] said the Republican response should not be to only criticize or to rescind the order. He said they also have to pass some form of immigration reform.

In other words, don’t let Obama provide Amnesty, have the Republican GOP pass it.

But how did the Republicans win the majority in 2014? Not by putting Amnesty front and center. Nevertheless, Aguilar says that

"I think it's the message we are sending our fellow conservatives. It's not enough to oppose unilateral action. We need to lead on this issue. We have to reclaim it."

Just to get an idea where Aguilar and his “Latino Partnership” stand, consider that two years ago the group ran a Spanish-language ad in Nevada attacking Obama for deporting too many illegal aliens.

And since then we’ve spent the last two years showing why passing Amnesty would have been the worst thing the Republicans could have done after Obama’s re-election. After all, the decidedly non-Hispanic RNC head Reince Priebus and other party leaders have been pushing for an Amnesty/Immigration Surge for years now. Liberals such as Chuck Schumer, Barack Obama, and The New York Times have also told the GOP that passing Amnesty would somehow protect the Republican Party.

Yet here come Cardenas and Aguilar echoing this failed advice—even though the Republican Party owes its majority to ignoring it.

Aguilar, like Cardenas, appears to be of mostly European ancestry. That makes them exempt from the multicultural bias against white men. Though white, they are still eligible for Affirmative Action and other benefits, not to mention having the great moral advantage of being a certified “minority”— which can go far in today’s PC GOP.

But most Hispanics poll and vote as Democrats, and the vast majority of them certainly have no idea who Cardenas and Aguilar are anyway. So what are these activists accomplishing for the party or for conservatism in general?

Of course, what this new “conservative Latino” project is really about is not helping the Republican Party, but helping rent-seekers like Cardenas and Aguilar. They want to displace the historic American nation and to prevent the Republican Party from becoming the political representative of that nation. The fact that their advice is indistinguishable from that of fanatic Democrats like Luis Gutierrez suggests that Cardenas and Aguilar are more interested in advancing their professional interests than the political success of the Republican Party or the Conservative Movement.

The GOP should stop listening to people who present themselves as “Latino Conservatives”. The very concept already concedes too much to the anti-American, multicultural Left.

A better strategy would be to completely shift the discourse. Instead of letting the Multicultural Left set the terms of debate, why can’t the GOP leadership just come right out and say:

“We are going to control the border, we refuse to enact Amnesty and we’re going to shut down legal immigration—for the good of working Americans and the entire American nation.”

I’ve argued before that not just whites, but also more Hispanics than you might think from reading the Main Stream Media, would respond to this message.

It certainly makes more political sense than trying to protect the future of conservatism by importing more Democrats.