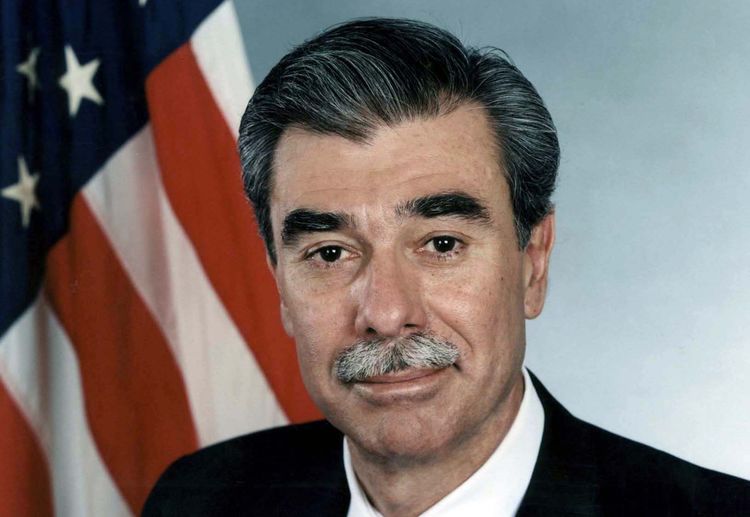 What Does It Take To Be A GOP Anti-White Racism Expert?

From the LA Times:

Carlos Gutierrez, who led Mitt Romney’s outreach to Latinos during the presidential campaign, had harsh words for the former nominee Sunday as he joined the growing number of

I don't know, but a mustache, hand gestures, and gold cufflinks apparently can't hurt. From Wikipedia:

Carlos Miguel Gutierrez (originally Gutiérrez) (born November 4, 1953) is an American former CEO and former U.S. Cabinet Member who is currently a Vice Chairman of Citigroup's Institutional Clients Group. He has previously served as the 35th U.S. Secretary of Commerce from 2005 to 2009. Gutierrez is a former Chairman of the Board and CEO of the Kellogg Company.

Gutierrez was born in Havana, Cuba, the son of a pineapple 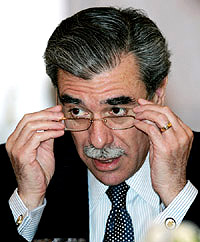 plantation owner. Gutierrez is of Spanish and French descent. As a successful businessman, his father was deemed an enemy of the state by Fidel Castro's regime. ... Gutierrez learned his first words of English from the bellhop at the hotel where they initially stayed ...

Someday, when historians have a better sense of humor, the Amnesty Act of 2013 will be known as Katherine of Aragon's Revenge. If only Henry VIII had been a nicer husband, all this unpleasantness could have been avoided.

P.S., I think I'll grow a mustache so I can be an immigration expert, too. Growing a mustache is cheaper than buying gold cufflinks.

The point of the Latin American mustache is to prove you are not too much of an Indio, right?