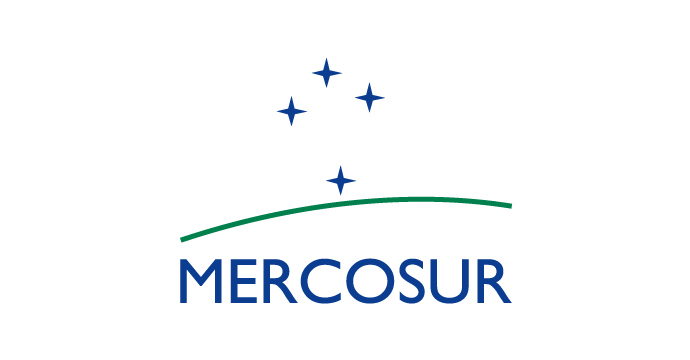 Does this sound familiar? A declaration rejecting "every effort to criminalise irregular migration and the adoption of restrictive immigration policies, in particular against the most vulnerable sectors of society, women and children."

Furthermore, the declaration notes "the necessity to fight against racism, discrimination, xenophobia and other forms of intolerance".

Typical rhetoric from Mexican politicians attacking U.S. immigration policy? This time, it's not.

In fact, the rhetoric doesn't even come from Mexicans, but from other Latin Americans. And it's not even directed against the United States, but against Europeans.

The declaration was concocted at the recent conclave of Mercosur, the South American trade bloc. (Mercosur is a Spanish acronym for "Common Market of the South". In Portuguese it's Mercosul.)

The Mercosur leaders are incensed at the European Union's recently-approved rules for dealing with illegal immigration. The new rules would enable EU countries to detain illegal aliens up to 18 months if deemed necessary, and ban them for re-entry for 5 years. [EU Approves Illegal Migrants Plan, BBC News, June 18th, 2008]

So at the Mercosur meeting, held in Tucuman, Argentina, the assembled heads of states and ministers let the EU have it.

The momentous declaration mentioned at the beginning of this article was signed by leaders or ministers from Mercosur members Argentina, Brazil, Paraguay and Uruguay, by Venezuela (in process of joining) and associate members Chile, Bolivia, Ecuador, Colombia, and Peru. Here's a photo of the South American leaders feeling very good about themselves. [Mercosur condemns EU Migrant Law, BBC News,  July 2, 2008]

So why is Mercosur zinging the European Union over its immigration policy?

For one thing, it's good PR for the folks in their home countries, based on a declaration that costs them essentially nothing.

The fact is, there are now hundreds of thousands of South Americans living and working in Europe, and—gasp—a lot of them are illegal aliens. So it's similar to the Mexico/U.S. relationship, except that we're talking about crossing the Atlantic Ocean rather than the Rio Grande. Which means the illegals either must be very good swimmers or they are flying or sailing across the pond and becoming illegal aliens.

Now personally, I'm no fan of the European Union. It's an elitist, supranational behemoth determined to suppress traditional European culture and erase the historic nation-states of Europe, with definite totalitarian tendencies.

Yet, it's absolutely outrageous for the nations of Mercosur to bash the EU on the immigration issue. Europe has a big problem with illegal immigration. And even their legal immigration is importing millions of foreigners who aren't assimilating, including Muslims who wish to conquer Europe.

It's truly astonishing today to see the high immigration rates in so many European countries. It has the potential of rapidly altering the demographics of various countries.

Now it's certainly true that all these Latin American might have very good reasons to want a low immigration rate. And I certainly respect the sovereign right of each and every one of them to manage their own immigration policy.

But don't European countries have the same right?

Some of the South American countries, principally Argentina and Brazil, have had some high immigration rates in the past. But that era has ended—basically because these countries messed up their economies.

If Mercosur continues to expand and take in all the associate members, it should be interesting to see just how integrated the bloc becomes. Will Mercosur allow open borders among all ten members? These countries display great economic and social diversity.

And what about the ethnic balance in each of the countries?

Latin Americans say they don't care about race, but a look at the region tells us otherwise. In all these countries, the higher you go on the socioeconomic ladder, the whiter the people are.

Colombia, Venezuela, Ecuador, Peru and Paraguay have mestizo majorities. Bolivia has an Indian majority. Brazil is about half white and 43% mixed (Indian, White and Black).

However, when you get down to the Southern Cone, the countries of Argentina, Chile and Uruguay are predominantly white. Uruguay, a country you hardly hear about in the news, is 95% white!

Indeed, Argentina was, after the U.S., the second biggest recipient of immigrants in the Western Hemisphere. And Argentina has traditionally preferred white immigrants. That preference was and still is part of its constitution. Section 25 specifically stipulates that  "The Federal Government shall foster European immigration…"

Why didn't anybody bring that up at the Mercosur meeting?