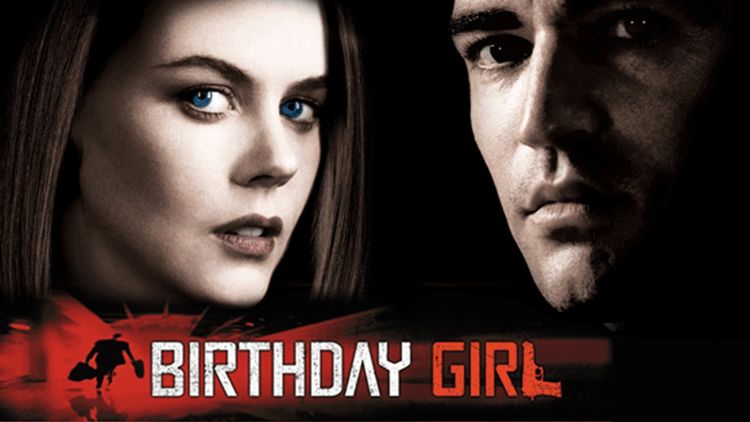 Marriage Visa Fraud: More Evidence—But It Was All In A Nicole Kidman Movie!

A few years ago, before Nicole Kidman was, you know, Nicole Kidman, she starred in a little-known movie titled Birthday Girl.

Kidman played the part of Nadia, a bride-to-be that the clueless, dorky male lead, John, ordered off an Internet site fictionally named "From Russia with Love."

According to her cyberspace profile, Nadia speaks fluent English, is a non-smoker and an overall outstanding citizen.

But when she got off the plane, Nadia was chain-smoking and answered every question from John with a single word: "Yes."

Immediately John knew he made a big mistake. Unable to reach the company to get a refund or get Nadia a one-way ticket back to Russia, John made the best of it by enjoying Nadia's sexual skills—the only way they can effectively communicate.

The plot thickens when Nadia's Russian cousin Yuri and his friend Alexei show up to celebrate her birthday.

After John paid a ransom that he stole from the bank where he worked for ten years, the trio took him prisoner, striped him down to his underpants and tied him to a toilet.

Way too late John realized that he is the latest victim in a con that Nadia has pulled off before in Germany and Switzerland.

As bizarre as the movie plot is, when it comes to Internet brides sometimes truth is even stranger than fiction.

Check out the recent case wherein an Australian farmer Des Gregor traveled to Mali to marry his Liberian fiancée "Natasha" and collect her promised $43,000 dowry.

Instead, a machete-wielding gang in Mali stripped Gregor naked, held him captive for 12 days demanding money until the police rescued him.

Every time I read or write about fiancée brides, I think of Birthday Girl.

While it isn't representative of every case, there are enough similar stories to make it clear to any potential taker that fiancée brides are strictly a matter of buyer beware.

Since 2002, when I wrote my first Internet bride fraud expose, I have become the most prolific—and possibly the only—author on the subject.

My interest began when, as an adult English as a second language instructor, I noticed a growing number of young women from Russia, Brazil, Vietnam, Thailand and China escorted into class by their much older husbands to help them enroll.

I saw that pattern repeat itself month after month and naturally became suspicious.

From time to time, I would hear the women talking with their friends about how "bored" they are at home, even though they had only been married a few weeks.

During the next six years, I wrote a host of columns detailing K-1 visa fraud from various angles including one about a Filipina bargirl named Rose who deceptively presents herself on one of the thousands of Internet hook-up sites as a simple woman who likes to cook and take long, moonlight walks. Rose is waiting to meet Mr. Right, assuming he's an American citizen.

I've also written about two American scoundrels "Sam and Dave" who traveled to Russia for the express purpose of bedding women who were willing to gamble that sex would lead to a visa.

We've posted letters from readers who were taken to the cleaners when their fiancées became their brides.

I wanted my columns to raise awareness—and they did. An immigration lawyer and K-1 specialist wrote to say that he agrees with me that the fraud associated with the is so widespread that it needs a total overhaul.

And I detailed a tragic case wherein a young —but scheming— woman from the Philippines duped a wealthy American into bringing her to America. Eventually, she had an affair (with an illegal alien). In a rage, her much older husband killed her, leaving their three children parentless after he was sentenced to jail.

But I had hoped that my articles would lead to eliminating the K-1 visa entirely or—at a minimum—revamping it, as recommended by my lawyer friend, so that fraud could be controlled.

Toward that goal, although enforcement actions against marriage fraud are increasing, I have fallen short.

So with considerable excitement, I'm delighted to see that a much more well versed expert on fiancée visa fraud than myself has taken up my cause.

David Seminara (e-mail him) is a former Consular Officer with the U.S. State Department from 2002-2007 who has adjudicated thousands of marriage-based green card applications several countries.  I have written before about his excellent  "No Coyote Needed: U.S. Visas Still an Easy Ticket in Developing Countries" Now Seminara has a new Center for Immigration Studies backgrounder with a great title:  "Hello, I Love You, Won't You Tell Me Your Name? Inside the Green Card Marriage Phenomenon."

While my columns are based on valuable anecdotal incidents and Internet research, Seminara's irrefutable conclusions are the result of true-life cases, detailed in his report, that substantiate his findings.

"Marriage fraud for the purpose of immigration gets little notice or debate in the public arena and the State Department and Department of Homeland Security have nowhere near the resources needed to combat the problem.

"Attention to fraud is not just for the integrity of the legal immigration system, but also for security reasons. If small-time con artists and Third-World gold-diggers can obtain green cards with so little resistance, then surely terrorists can do (and have done) the same."

Although the Immigration Marriage Fraud Marriage Amendments Act of 1986  provides for penalties that can result in a maximum of five years imprisonment and a $250,000 fine, most applicants know that actually proving fraud is virtually impossible.

At the conclusion of his report, Seminara offers several solutions. He lists at the top of them the one I have advocated for years.

"Eliminate Fiancée (K) visas. There is simply too much fraud associated with this visa category. Americans who intend to marry foreign nationals are free to do so, but making the effort to get married abroad testifies to the legitimacy and seriousness of the relationship. Couples can always have a second ceremony or reception in the United States once the foreign spouse receives his or her immigrant visa."

Short of that, other practical and easily enforced guidelines Seminara recommends include:

"Deny all applications filed by couples that cannot hold a basic conversation with each other in a common language. Legitimate couples will learn to communicate with each other and can reapply at that time."

Regarding the first, none of my student/brides could speak English—thus raising the obvious question of how exactly they could fall in love.

As to the second, my Brazilian student married a man who had three previous Internet brides. She left him—but not the U.S.—within three months.

No matter which way you look at it—American men being taken for a ride, foreign brides entering the U.S. under dubious circumstances and subject to possible physical harm—the K-1 visa is an invitation for fraud.

At least some countries have awakened to the threat that marriage scams represent.

Cambodia, of all places, realizing that many of its women were being put in prostitute trafficking rings under the guise of meeting foreign grooms, put a halt to the practice citing "exploitation." [Not All Bliss for Take-Away Cambodian Brides, by Brian McCarten, Asia Times, August, 8 2008]

Maybe one day the U.S will become as enlightened as Cambodia.

In recent weeks, VDARE.COM has hammered away at legal immigration: Brenda Walker on the diversity visa, Ilana Mercer on the O-visa, an Illinois letter writer about the student visa and my own column about refugee fraud.

If you spot a trend, it's because visas offer so much fodder for our editorial collective.

Getting rid of all the useless visas would be a giant—and achievable— step toward controlling immigration.

Joe [email him] is a California native who recently fled the state because of over-immigration, over-population and a rapidly deteriorating quality of life. He has moved to Pittsburgh, PA where the air is clean and the growth rate stable. A long-time instructor in English at the Lodi Adult School, Guzzardi has been writing a weekly column since 1988. It currently appears in the Lodi News-Sentinel.