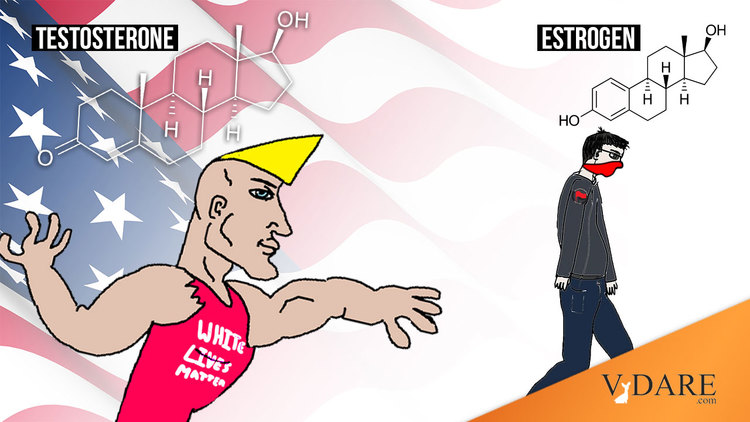 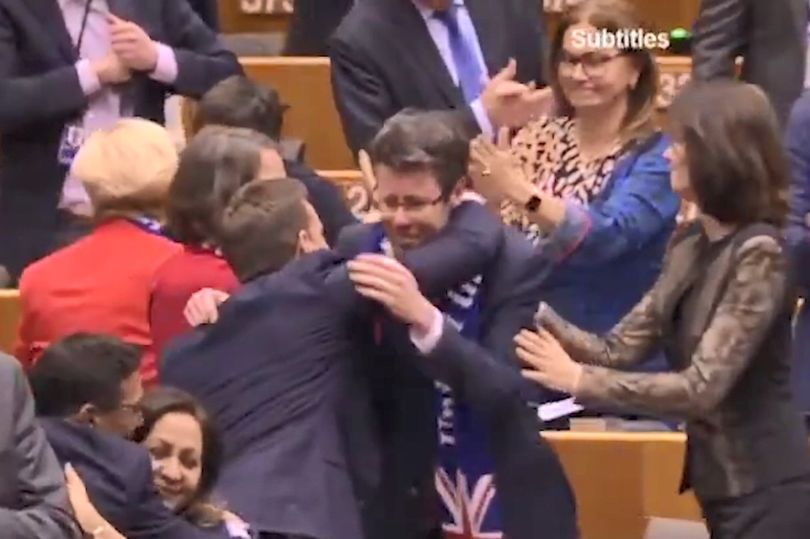 A woman colleague consoled him [‘The moment got to me’—East Midlands MEP Rory Palmer sheds tears after Brexit vote, by Dan Martin, LeicestershireLive.com, January 30, 2020]. The cure for Soy Boys like Palmer: Studies show that a dose of testosterone will move them to the right politically.

Stereotypes contain at least kernel of truth if not more, and psychologists increasingly accept that even “harmful ” stereotypes tend to be accurate [Stereotype Accuracy: A Displeasing Truth, by Noam Shpancer, Psychology Today, September 20, 2018]. To paraphrase the late Murray Rothbard, all stereotypes are true [Stereotypes Live!, Reason, September 1980].

Prof. Paul Zak, Director of the Center for Neuroeconomics Studies at Claremont Graduate University, recently helped produce an extremely interesting study for the second chapter of a doctoral thesis that showed as much [Testosterone Administration Induces A Red Shift in Democrats, Openicpsr.org, November 24, 2021;  Essays in Behavioral Economics and Neuroeconomics, by Rana Sulaiman Alogaily, Spring 2022].

Zak and colleagues followed 136 men through the 2012 U.S. General Election. The researchers administered synthetic testosterone or a placebo to subjects who had disclosed their political affiliations.

“Before the testosterone treatment, we found that weakly-affiliated Democrats had 19% higher basal testosterone than those who identified strongly with the party,” the study reported.

In other words, the more strongly Democrat a man is, the lower his testosterone is.

When weakly affiliated Democrats received additional testosterone, the strength of their party [support] fell by 12% …  and they reported 45% warmer feelings towards Republican candidates for president.

So, among Democrat-leaning men, dosing with testosterone causes them to lean toward the GOP.

And men with what the Mayo Clinic calls atypical depression—temporary mood brightening in response to some events, oversleeping, and increased appetite—“showed significantly lower T levels” than men with typical depression [Serum testosterone levels and symptom-based depression subtypes in men, by Stephanie Rodgers et al., Frontiers in Psychiatry, May 4, 2015].

This result doesn’t make sense, if one assumes that testosterone makes someone more right-wing in a linear fashion. But it might be due to an extremely small sample of Republicans versus Democrats (8 percent vs. 44 percent). That would explain why “statistical significance”—more than 95% confidence that a finding is not a fluke based on the effect size and the sample size—was not obtained.

The authors, however, do not seem to agree that a small Republican sample explains the result:

The analysis here showed that weakly-affiliated Democrats were persuadable physiologically while strong Democrats and all Republicans were not...

Among weak Democrats, T [testosterone] also reduced the strength of party affiliation and cooled their feelings toward Democratic presidential candidates. This indicates, consistent with our previous study, that weakly affiliated Democrats are more likely to be swing voters than weakly affiliated Republicans.

Alternatively, testosterone increases risk-taking, which, the authors say, might cause weakly affiliated Democrats—who are similar in testosterone levels to Republicans—to “risk” a “Red Shift” for which they might normally feel guilty given prevailing societal attitudes.

Republican campaigners should take note of these findings, argue the researchers:

Advertising that induces increases in T, at least among men, can influence voting behavior. For example, advertising for luxury goods can increase T in men and advertising featuring competition is likely to have a similar effect as vicarious experiences of winning raise T. Our findings here suggest political advertising that increases T, when targeted at weak Democrats, could be an effective strategy employed by Republican candidates.