The congressional GOP led by House Speaker Paul Ryan has been meeting this week to try to get Republican immigration legislation through the House. There is a deadline looming: next Tuesday, June 12th. Twenty-three of the most RINO-ish Republican representatives have been pushing for a discharge petition. [House Republican factions hunt for immigration deal, By Alan Fram And Lisa Mascaro, AP, June 7, 2018]

The House rules—I tell ya, I've been reading up this stuff, and God! do I need a drink—the House rules say that a discharge petition can only be brought up on the second and fourth Monday of each month.

Hence the deadline. If the 23 RINOs can get a majority of House members to sign on to it by next Tuesday, on June 25 the House will have to consider—to actually vote on—four proposals for immigration legislation that have been stuck in committee. By House rules one of those proposals—the one that gets most votes—will pass and go to the Senate.

Supposing this discharge petition is voted up next week, what would that mean for immigration?

A clue: which House members have actually signed the petition. There are of course the 23 RINOs who've been pushing the thing. Who else? All but one of the House Democrats—192 of the blighters. [Who has signed the DACA discharge petition, CNN, June 6, 2018]So if the discharge petition goes through, the House will end up passing Democrat-approved legislation, which of course means a huge mass Amnesty in return for nothing at all.

And this is in fact what a great many other House Republicans want—including Paul Ryan. So why aren't they all signing the discharge petition?

For a GOP congresscritter to sign that discharge petition would be to stick a big fat finger in the eye of his voter base. Few of them—23 is the actual number—are shameless enough to do that.

Speaker Ryan, who is of course a Republican, is looking at the prospect of the House passing Democrat legislation on a key issue five months before midterm elections. Eeeek! So he called the meeting to assure the House GOP that their leadership will have an immigration bill of their own any day now—so don't sign that petition! Please!

What will Ryan's legislation look like? With a Republican President in the White House, congressional Republicans feel they have to make a show of deferring to the President's proposals when cooking up legislation.

In the case of immigration, our President's proposals were spelled out for the nation back in late January. We here at VDARE.com of course passed comments on them at the time.

The President's proposals have, for purposes of reference, been collapsed down Chinese-style into a handy numerical slogan: the Four Pillars of Immigration Reform:

Those are Trump's Four Pillars. From our point of view—the point of view of patriotic conservatives who want sane, rational policies on settlement and citizenship to the benefit of current U.S. citizens—they fall considerably short. They don't, for example, mention birthright citizenship, or compulsory E-Verify, or the Refugee Resettlement rackets, or the rain forest of guest-worker programs keeping American wages down.

But the President's proposals, if implemented in law and properly enforced, would be a huge improvement.

What is the chance we shall actually get them? Not good.

A major problem: Paul Ryan himself. In the psychic tug-of-war for the Republican soul between wealthy donors and Republican voters, Ryan has been clearly and consistently on the side of the Chamber of Commerce, the Koch Brothers, Sheldon Adelson etc. That's not mere empty abuse on my part, either. There's a long paper trail in evidence here: VDARE.com has been tracking Ryan for years. 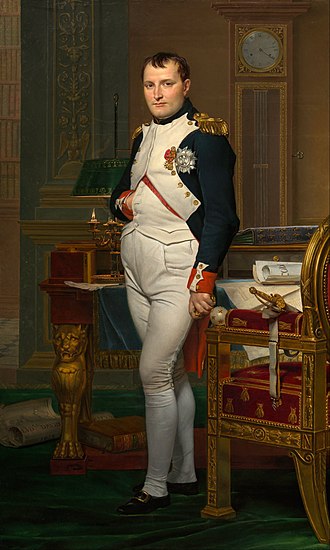 Never ascribe to malice that which can be explained by stupidity.

So how much of Speaker Ryan's cucky RINOtude is cynical calculation for his own advancement, and how much is just native stupidity?

Given that Ryan has announced he will not be running for re-election, with the corresponding assumption that he will, after leaving the House, sink into an extravagantly-remunerated career as a congressional lobbyist; and that, aged only 48, his career will last at least a couple of decades, bringing him in many tens of millions—quite possibly hundreds of millions—of dollars, you have to suspect an element of careerist ambition.

On the other hand, my impression has always been that, on the subject of immigration, the stupidity factor in Ryan's case is at least as important as the careerist one. His recorded statements on immigration issues reflect the stalest, corniest tropes of immigration sentimentality: Nation of immigrants! Who we are! Ellis Island! Famine ships! Statue of Liberty!

My best guess on the careerism-stupidity ratio in Ryan's motivations is that for most of his career it hovered around one part careerism to three parts stupidity. Now, with retirement from the House coming up, and the lobbying firms hammering on his door, it's probably swung round to something like the reverse: three parts careerism to one part stupidity.

If I’m right even roughly-approximately right, there's not much hope for policies that stick close to the President's Four Pillars

What the GOP House leadership will most likely propose: mass Amnesty garnished with some vague, easily-evaded promises about a technological solution to border security—cameras, drones, and so on—together possibly with some equally vague, equally easily-avoidable noise about stricter interior enforcement.

What about the Senate? It's hard to be optimistic. Serving those six-year terms, Senators in general are less bothered about pleasing their voters than House members.

So it's hard to see much hope for real reform from the Senate, even if the House were to pass it out.

If the Senators saw enough of a wind getting up among the voters, they would of course trim their sails. It would take a startling result in the midterms to get their attention, though—too late for this current round of legislative proposals. The Senate will most likely do nothing.

What about the President? Presumably any legislation that landed on his desk would be signed, or not, according to whether it came close enough to January's Four Pillars.

OK, but how close? A mass Amnesty and border wall but nothing on chain migration or the diversity-visa lottery?

What about Mass Amnesty garnished with a lot of fluffy, insincere, disposable promises about surveillance drones on the border and increased funding for ICE? Would Trump veto that?

I'm not at all sure that he would. I hope he would, of course, but my faith is not strong.

For one thing, the President has been feeble on immigration. This was surely the one issue more than any other that won him the presidency; yet he seems strangely oblivious of the fact.

We hear from the President time and again that he'd love to do something about immigration but his hands are constitutionally tied, he can only keep urging Congress to pass legislation.

That's not true, as commenters keep pointing out. Sample:

According to the Congressional Research Service under expedited removal, both administrative and judicial review are limited to cases in which the alien claims to be a U.S. citizen or to have been previously admitted as a legal immigrant. Nobody else has an entitlement to demand entry into our country and access to the courts. It would be nice to tighten up the statute, but there is nothing stopping Trump from interpreting it properly today.

[How Trump can protect the border without Congress by Daniel Horowitz; Conservative Review, April 4th 2018.]

It's true the President can't do a whole lot, especially in the zone of legal immigration. There are some things he can do, though, and he's mostly not doing them.

The impression I've been getting is that the National Question isn't often at the front of Trump's mind. It does get dragged to the front now and then, when some advisor—Stephen Miller, perhaps—holds Trump's attention for a few minutes; or when, as now, the forthcoming electoral consequences of ignoring the National Question are unavoidably obvious.

It's not a heart issue with him, though, as it is with those of us who've been badgering on about it for years.

It surely takes second place in Trump's mind to personal grievances and antagonisms. Every immigration patriot's favorite government employee today is Jeff Sessions, who actually has been trying to do some of the things the Executive can do without the need for new laws.

The President has continued to express his unhappiness with Sessions’ recusing himself from the Russia investigation. This last week he tweet that if Sessions had told him before recusing himself, quote, "I would have quickly picked someone else." This was a year and a quarter after the event. Talk about bearing a grudge!

Other personnel issues that leave one wondering how much we can hope for from this President. Perhaps the biggest: Marc Short, Trump's Director of Legislative Affairs.

The meaning of that job title is, this guy is the President's main liaison to Congress. For example, he sat in, representing the President, on that Thursday morning meeting in the Capitol basement, the meeting where Cucky Ryan promised to forestall next week's discharge petition with immigration legislation of his own. [Former Koch Exec Marc Short Overseeing Amnesty Plan that Breaks with Trump’s Immigration Principles, by Joh Binder, Breitbart.com, June 7, 2018]

So what do we know about Marc Short? Well, Marc Short had been a consultant for the Marco Rubio campaign. Not just out of nominative solidarity with Marco, either: He was a strong Never Trumper. He also consulted for Mike Pence, though; that was apparently his foot in the door of the Trump administration.

Before becoming a Never Trumper, Short had spent four years as President of Freedom Partners, a lobbying group run by and financed by the fanatically open-borders Koch brothers.

The Koch brothers; Never Trumpers; Marco Rubio; that's some weird résumé for a senior political position on the staff of a President aiming at patriotic immigration reform.

And Marc Short is just the tip of the personnel iceberg. Why is Kirstjen Nielsen still in charge at Homeland Security? She's obviously clueless; although to be fair to the President, this fact seems to be dawning on him, to judge by his May 9th rage against her in a cabinet meeting. [Kirstjen Nielsen, Chief of Homeland Security, Almost Resigned After Trump Tirade, By Michael D. Shear and Nicole Perlroth, NYT, May 10, 2018] So fire her, Mr. President.

Bottom line: Nothing to hope for from Congress; some signs of wakening awareness from the President; God preserve Jeff Sessions!