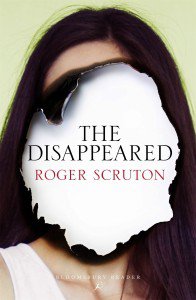 As an example of the cowardly, defeatist, ethnomasochist cancer rapidly eating away the vital organs of Western civilization, the “grooming” scandals in the English town of Rotherham have made less of a stir than they should have.

VDARE.com at least has not been remiss here. For a good quick introduction to the scandals, I don’t see how James Kirkpatrick’s essay “Strong Tribe vs. Weak Nation,” which we published in February this year, could be improved upon.

A damning government report showed that the systematic rape and sexual abuse of thousands of underage English girls in the town of Rotherham over the course of a decade was actively enabled by the local government, which did not want to be accused of being racist …

The report does not pussyfoot around when it comes to who was responsible for years of systematic and comprehensive sexual assault: “Children were sexually exploited by men who came largely from the Pakistani Heritage Community.”

Although symptomatic of Western malaise, the Rotherham scandal is in many ways a very British story. The nation that once—with, to be sure, an excess of bumptiousness, some arrogance, and occasional brutality—civilized entire continents and made its obscure island language an international standard, has now been thoroughly pussified.

“There are no men in England any more,” a recent expatriate glumly told me, in reference to the Rotherham business. That is not strictly true. The coarser, cruder, more lawless side of the masculine sensibility is on display over there…in, for example, “the Pakistani Heritage Community.”

What does not exist any more is the British ideal of the gentleman: stoical, courageous, inquisitive, law-abiding, sporting, open to scholarship but impatient with “continental” intellectualism, and respectful of his womenfolk.

That figure has been purged, suppressed, and replaced by the thin-lipped feminist harpy, the vengeful Person of Color, and the militant homosexual predator, all vigilantly patrolling the culture in search of Thoughtcrime. Before the government-sanctioned authority of these grim enforcers, surviving members of the Y-Chromosome British Heritage Community scurry, cringe, and cower, pathetically bleating out their plea for absolution in the approved rote formulas: “I’m not racist!” etc.

To those who can remember Britain as a confident nation rooted in its own history, it is all very horrible.

Here’s one such: the philosopher and conservative commentator Roger Scruton, born in 1944. He has just written a novel based on Rotherham called The Disappeared.

Scruton is a traditionalist conservative best known for his nonfiction writings. Up to now those writings were the only ones of Scruton’s I had read (and occasionally reviewed). These nonfiction works have covered a wide range: philosophy, aesthetics, lit. crit., religion, and history.

Scruton writes in the high-intellectual conservative tradition. If he were American he would belong in the pantheon with James Burnham, Russell Kirk, Roger Kimball, et al.

I’d better confess that this kind of high-humanities theorizing is not much to my taste, and that I have started more of Scruton’s books than I’ve finished. As an analyst of human nature, Scruton is weakened by having no math or science. His heart is in the right place, though. On the whole, some occasional differences of opinion across the dinner-table notwithstanding, I consider Scruton to be a Good Thing.

The brief “Note on the Author” paragraph at the end of The Disappeared tells me that Scruton has also written “several works of fiction.” I did not formerly know that, and this is the first of his novels I’ve read.

The Disappeared takes place in a fictional Rotherham, a down-at-heel Yorkshire town named Whinmoore. The principals are:

Sharon writes strange cryptic essays for Stephen, her English teacher, on themes from two of the class’s set books: Wuthering Heights and The Tempest. Plainly she has a schoolgirl crush on Stephen; but there is something menacing in her life, refracted through the essays. Stephen struggles against sexual attraction.

Justin falls for Muhibbah and hires her in to do accounts for his firm. Although friendly and cooperative, she keeps a frigid distance from him. Then she suddenly disappears, leaving unexplained discrepancies in the firm’s books. Justin hires in Laura from London to investigate these discrepancies.

A plot unfolds with the aid of some good secondary characters: a sinister Slav, an idealistic Westernized Iraqi refugee, a female social worker who is not beautiful, Muhibbah’s younger brother. It’s not a great plot, but it sustains one’s interest sufficiently.

What really keeps you reading, though, is the picture Scruton draws of a Western society far gone in cultural disintegration. Of the Shahin brothers we read:

Together they could live in the edge of this decaying society, exploiting the residue of doubt, guilt and repudiation that made the English in general, and their girls in particular, such easy prey.

Scruton is very good on the contempt the Muslims feel for their British hosts, who from misplaced guilt and sentimental qualms are giving away their birthright.

He is good, too, on the CultMarx commissars who now control British life, and on the thick, dull stupidity of their doctrines.

An official of the City Council’s office of community relations comes to Stephen’s school to give a talk on “racism awareness” to the staff. Attendance is of course compulsory, although at this point in the neutering of the British spirit, the teachers would likely have attended anyway, sheep plodding obediently to the fold.

Stephen goes to this talk with a cynical older colleague, Jim Roberts, “a weary man on the verge of retirement.”

Jim sat at the back of the staff-room, rocking back and forth with ostentatious splutters of amusement, as the official—a young man in casual dress who spoke the same grammarless English as Stephen’s pupils—explained that what might be truant in a white kid might equally be home education for a kid from Pakistan. “Notice,” said Jim in a loud whisper, “the use of ‘white’ as a term of racial abuse.” The image of the abused Sharon caused Stephen to grip Jim’s arm and stare wildly at the mute faces assembled for their hour of ideological instruction—faces of people who had learned to live with the official lies, who knew how unprofitable it was to quarrel with doctrine, and whose triumph was to rescue some child, of whatever race, creed, or class, from the pitiless dominion of morons.

The author is very good, too, on the anarcho-tyranny of everyday life in Britain today.

The police are utterly useless, completely race-whipped by the 1999 Macpherson Report, one of the great classic documents of Cultural Marxism. The report was ordered by the British government in response to the courts’ failure to convict anyone in the 1993 murder of an underclass black youth.

Thus Justin attempts to get the police interested in Muhibbah’s disappearance. Chief Superintendent Nicholson is not helpful.

“You will appreciate, Mr Fellowes, that our powers in matters of this kind are strictly limited … Whether or not you agree with the report of Sir William MacPherson [sic], which accused us of being ‘institutionally racist,’ you will understand that we must now take special care that no well-meaning member of the public can use this charge to make our job impossible. We live in a multicultural society, Mr Fellowes, and we are committed to sensitive policing …”

Most on-topic for VDARE.com is the untouchable sanctification of Third World immigrants:

How cleverly [Muhibbah] and her brothers have used their privileges as immigrants, always linking to operations beyond our national borders, and relying on political correctness to protect them from investigation at home. And why speak of home? This country is not home for them, but a hunting ground, an unbounded lucrative elsewhere.

The squalor and moral chaos of underclass white British life is not spared. It’s hard to be sympathetic to bovine creatures like Sharon’s mother. On the other hand, they are Britain’s own people, and something might be done for them if they were not kept in the depraved clutches of foreign gangsters by the authorities’ determination to be “anti-racist.”

I found myself riffing on the lines uttered by the Ottoman Greek in Byron’s poem, reminiscing on the tyrants of ancient times:

Were still, at least, our countrymen.

Whatever his merits as a novelist, Roger Scruton has done a service to his country, what’s left of it, by bringing out this book. The picture of modern Britain that he draws is true, all too true.

The publisher I see is Bloomsbury, a respectable literary imprint with a New York office. I had no trouble acquiring a copy through Amazon.com. That at least is encouraging. Something still remains of liberty in Britain.

Would an established U.S. publisher bring out a book like this ab origine, though? I wonder.