In the NYT, Ross Douthat writes: 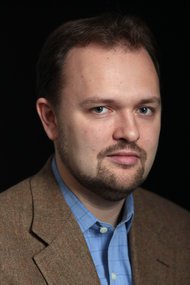 THERE are enough grim tidings from around the world that the news from Rotherham, a faded English industrial town where about 1,400 girls, mostly white and working class, were raped by gangs of Pakistani men while the local authorities basically shrugged and did nothing, is already slipping out of American headlines.

But we should remain with Rotherham for a moment, and give its story a suitable place of dishonor in the waking nightmare that is late summer 2014.

… But bearing witness is insufficient; lessons must be learned as well. This is more than just a horror story. It’s a case study in how exploitation can flourish in different cultural contexts, and how insufficient any set of pieties can be to its restraint.

Interpreted crudely, what happened in Rotherham looks like an ideological mirror image of Roman Catholicism’s sex abuse scandal. The Catholic crisis seemed to vindicate a progressive critique of traditionalism: Here were the wages of blind faith and sexual repression; here was a case study in how a culture of hierarchy and obedience gave criminals free rein.

The crimes in Rotherham, by contrast, seem scripted to vindicate a reactionary critique of liberal multiculturalism: Here are immigrant gangs exploiting a foolish Western tolerance; here are authorities too committed to “diversity” to react appropriately; here is a liberal society so open-minded that both its brain and conscience have fallen out.

Other distinctions could be drawn as well: Douthat goes on

A more subtle reading, though, reveals commonalities between the two scandals. The rate of priestly abuse was often at its worst in places and eras (the 1970s, above all) where traditional attitudes overlapped with a sudden wave of liberation — where deference to church authority by parents and police coexisted with a sense of moral upheaval around sexuality and sexual ethics, both within seminaries and in society at large. (John Patrick Shanley’s famous play “Doubt,” in which a hip, with-it, Kennedy-era priest relies on clericalism to evade accusations of abuse, remains the best dramatization of this tangle.)

Shanley’s play and movie (which I reviewed for The American Conservative) is even more than interesting than that. He somewhat defends gay priests as kind gentlemen who took an interest in boys, sometimes too much of an interest. Viola Davis has a stunning five minute scene as the gay black boy’s mother who explains to a shocked Mother Meryl Streep that she knows Father Philip Seymour Hoffman is a little too personally interested in her son’s development, but he’s still a huge improvement over the boy getting beaten up all the time back at his old public school.

This is the same point Chris Brand made in defending Britain’s long tradition of pederast schoolmasters: the system encourages celibacy and taking a personal interest in boys. Not surprisingly, some lonely, gentle men take too much interest in their boys.

In a somewhat similar way, what happened in Rotherham was rooted both in left-wing multiculturalism and in much more old-fashioned prejudices about race and sex and class. The local bureaucracy was, indeed, too fearful of being labeled “racist,” too unwilling, as a former member of Parliament put it, to “rock the multicultural community boat.” But the rapes also went unpunished because of racially inflected misogyny among police officers, who seemed to think that white girls exploited by immigrant men were “tarts” who deserved roughly what they got.

You know how Senator Moynihan gave us the useful phrases Defining Deviancy Down and Dumbing Down? We need something like Defining Discrimination Down to describe this common urge to say, "When you stop and think about it, it’s really the racism of the White Male Power Structure that is to blame in the Pakistani Pimps cases."

The crucial issue in both scandals isn’t some problem that’s exclusive to traditionalism or progressivism. Rather, it’s the protean nature of power and exploitation, and the way that very different forms of willful blindness can combine to frustrate justice.

So instead of looking for ideological vindication in these stories, it’s better to draw a general lesson. Show me what a culture values, prizes, puts on a pedestal, and I’ll tell you who is likely to get away with rape.

In Catholic Boston or Catholic Ireland, that meant men robed in the vestments of the church.

The Sandusky case is so overwhelmingly notorious because it’s a man bites dog story. In the years since the story broke, every reporter in America would love to follow it up with a similar case. But, basically, there have been crickets chirping in the press. Why? Because football coaches — and there are a lot of football coaches in America — generally aren’t gay pedophiles. That the linebacker coach at Linebacker U. liked little boys seemed statistically improbable, which it it was.

In contrast, the Catholic Church scandals were statistically inevitable: when heterosexual priests and nuns left in large numbers from the 1960s onward, often to marry each other, the priesthood became increasingly gay dominated and gay protective: thus, the endless gay scandals.

And the Rotherham story is the opposite of the Sandusky case: it’s just one of many towns across England afflicted by Pakistani pimps and the politicians and media who covered up for them in the interest of making Labour’s massive immigration policy look better. Those tens of thousands of girls all across England were the victims of today’s War on Stereotypes. Is it a stereotype that Muslims abuse females? Well, then, hush up about it.

In status-conscious, education-obsessed Manhattan, it meant charismatic teachers at an elite private school.

Our society is generally set up pretty well to keep adult men in positions of authority away from too much time alone with underage girls. So, a wildly disproportionate fraction of these kinds of abuse cases are gay.

In Hollywood and the wider culture industry — still the great undiscovered country of sexual exploitation, I suspect — it has often meant the famous and talented, from Roman Polanski to the BBC’s Jimmy Savile, robed in the authority of their celebrity and art.

And in Rotherham, it meant men whose ethnic and religious background made them seem politically untouchable, and whose victims belonged to a class that both liberal and conservative elements in British society regard with condescension or contempt.

The point is that as a society changes, as what’s held sacred and who’s empowered shifts, so do the paths through which evil enters in, the prejudices and blind spots it exploits.

So don’t expect tomorrow’s predators to look like yesterday’s. Don’t expect them to look like the figures your ideology or philosophy or faith would lead you to associate with exploitation.

Expect them, instead, to look like the people whom you yourself would be most likely to respect, most afraid to challenge publicly, or least eager to vilify and hate.

Because your assumptions and pieties are evil’s best opportunity, and your conventional wisdom is what’s most likely to condemn victims to their fate.

Ross’s conclusion applies as well to a host of predatory economic abuses justified in the name of the great sacrament of Diversity: cheap labor immigration, zero down payment mortgages in the name of fighting racist redlining, and so on and so forth. As you will recall, but few other do, we all got financially raped by guys spouting sacralized diversity rhetoric about mortgages like Angelo Mozilo, George W. Bush, Jim Johnson, Henry Cisneros, and Barney Frank.