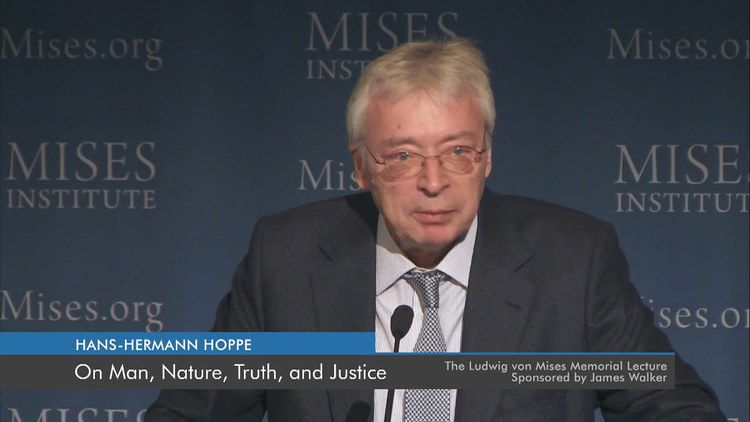 What a menagerie we have become, here on the political Right!

Neoconservatives we all know about. They are the guys who favor restraint in taxation and regulation while being supportive of free trade, the welfare state, globalization, and the World Policeman role. Neoconservatives are currently basking in well-funded triumph, having taken over the Republican Party.

Paleoconservatives are still with us, or at least Pat Buchanan and Chronicles magazine are. They preach restraint in foreign relations, traditional values, patriotism, and the Tariff.

Somewhere in between the two lie neo-reactionaries. I can't quite get a handle on this term, but I have been seeing it with rising frequency this past few months. Is it really possible to have a category that includes both Jonah Goldberg and the weird but brilliant Mencius Moldbug? (I am a regular reader of MM, insofar as one can be a regular reader of a blogger who sometimes goes two months between posts.)

One percipient observer sees the beginnings of an entirely new kind of conservatism, distinct from all the foregoing: a "Dark Enlightenment," of which I am (he says) one of the fuglemen, along with the aforementioned Mencius Moldbug.

And then there are the paleolibertarians, defined by Arthur Pendleton on VDARE.com as adherents of "the once-promising intellectual movement that stayed true to libertarian principles while opposing open borders, libertinism, egalitarianism, and political correctness." We haven't heard much of the paloelibertarians since Lew Rockwell joined La Raza, and even persons knowledgeable about the pond life of dissident conservatism might pause when asked to name a current paleolib.

If a name did come up, though, it would almost certainly be that of Hans-Hermann Hoppe. (Full disclosure: I spoke at Hoppe’s annual Property And Freedom Society conference, in beautiful Bodrum, Turkey, last year.)

Professor Hoppe's new production, The Great Fiction: Property, Economy, Society, and the Politics of Decline, is a handbook of paleolibertarianism. Being a collection of essays it is also a book reviewer's dream.

To the poor reviewing hack toiling away in his cold garret, his eyes glazedwith reading for money, his mind fuddled with drink, his children wailing with hunger, a book of essays offers a respite from toil. Nobody expects you to cover all the essays in the book; so if you are having trouble with one, you can skip to the next without narrative loss.

The only one of the essays in The Great Fiction that defeated me in this way was the book's longest (42 pages), "In defense of Extreme Rationalism." It is a 1989 review of a book titled The Rhetoric of Economics, by Donald McCloskey. I have not read McCloskey’s book, but apparently it is an attempt to apply faddish late-20th-century epistemological relativism to the discipline of economics.

Hoppe has some fun of the fishing-with-dynamite variety with relativists in general and their claim to know as an objective fact that knowledge of objective facts is not attainable. He then expands this into a long argument for an economics based on pure rationalism—that is, as a set of propositions deduced by logic from self-evident axioms.

Woven into that argument is an attack on empiricism as being hardly any better a road to true knowledge than is relativism.

Empiricism-positivism, too, is a self-defeating doctrine, and not only because of its observational monism, which cannot be stated without implicitly admitting its falsehood and accepting a dualism of observable and meaningful phenomena to be understood on account of our knowledge of action and cooperation.

It was round about there that the author lost me, so far as that one essay was concerned. Along the way the phrase math envy had crossed my mind a couple of times. Rationalism is certainly a beautiful thing; but empirical inquiry has chalked up a few triumphs, too.

This "arch-rationalist" (Hoppe's phrase) approach to the foundations of economics is a bit startling when you first encounter it. Surely economics belongs among the observational sciences: This is how we observe people to behave in their exchanges of goods and services. It therefore seems probable as a general rule that ….

Hoppe argues to the contrary, following Ludwig von Mises, that economic theory can be developed from nothing but elementary axioms about human behavior: that people act, prefer certain things and are indifferent to others, and so on. Economics, he says, is grounded in praxeology, "a pure theory of action and choice."

Math envy? Later, in an essay on Murray Rothbard, Hoppe describes with apparent approval how Rothbard actually places economics above the natural sciences: "Trying to 'empirically test' an economic law involves a category mistake and is a sign of confusion."

The other thought that kept crossing my mind when reading The Great Fiction was how very distinct are national styles of intellection. In that essay on Rothbard, Hoppe says with approval that:

Rothbard is the latest and most comprehensive system-builder within Austrian economics. Only among rationalists does a constant desire for system and completeness exist.

"How very continental," mutters the Anglo-Saxon-Celt from his empiricist muddle. Does comprehensive system-building in the realm of human affairs really have such a good track record that we should welcome another attempt at it?

Professor Hoppe's essays on the actual affairs of the world are much easier to read than these philosophical fundamentals, and do much to make one better disposed towards the author's economic theories.

Of most interest to VDARE.com readers will be Chapter 6, "Natural Order, the State, and the Immigration Problem," and Chapter 7, "The Case for Free Trade and Restricted Immigration."

Hoppe sets his approach to immigration in the context of the "private law society," rooted in private property, that he deduces from those Misesian axioms.

In a natural order, there is no such thing as "freedom of migration." People cannot move about as they please. Wherever a person moves, he moves on private property; and private ownership implies the owner's right to include as well as to exclude others from his property.

How do we get to that natural order? By a process of secession, says Hoppe. Provinces, regions, and towns must declare their independence from central authority, and public property must be privatized:

"With the central state withered away [this seems to be the end-point of all grand system-building—J.D.] and the privatization of public property complete … immigration once again becomes a micro-phenomenon and disappears as a social 'problem."

How I wish I could believe that any of that is going to happen!

Hoppe is well-versed in the human sciences, and takes the truths of human bio-diversity for granted. Those secessions, for example, will naturally involve ethnic disaggregation.

He gives a good overall survey of human history, with a plausible answer to the conundrum of why, since human intelligence developed faster in demanding environments far from the equator, the Neolithic Revolution (i.e. to settled farming and animal husbandry) first occurred further south, in the warm Middle East. That locale was, he argues, a "sweet spot"—just enough developed intelligence combined with a warm climate, long growing season, and suitable flora and fauna.

The Great Fiction is wide-ranging, containing within itself a primer on Austrian economics, a coherent if rather severe epistemology, some pungent commentary on political matters (reprising some of the arguments in Hoppe's earlier book, Democracy: The God That Failed), a couple of interviews (one of which, with a French magazine asking about taxation, the magazine apparently found too strong to print), some autobiographical fragments, and even an essay on Probability Theory.

That aside, The Great Fiction is an elegant presentation of varied and challenging—for me (see above) sometimes too challenging—essays on a remarkably wide range of subjects, all informed by a consistent philosophy.

Paleolibertarianism is not dead. As long as Hans-Hermann Hoppe is with us, it is flourishing, vigorous, and not afraid to incorporate into itself the latest findings from the human sciences.

Although, as I have confessed, Professor Hoppe lost me here and there, I am glad to have encountered his formidable mind, and wish his book well.