John Derbyshire Has A Dream Too—What If Whites Stopped Being Wimps?

[Adapted from the latest Radio Derb, now available at VDARE.com for no charge.]

The Missouri Madness, Free Screech at Yale, Google’s disappearing white veterans, EU ministers’ disappearing Europe—what do they teach us? To adapt the title of a column I wrote three years ago: that white people are wimps. (I used a different word in Takimag, which has a more louche atmosphere.)

Wimp-wise, actual college faculties are a bit more … how shall I say it? … diverse. In the Science and Math departments, my experience has been that while a vague liberalism predominates, most faculty just want to get on with juggling quarks or proving theorems and don't want to be distracted by all the political nonsense.

The professional schools are similar, but with a higher wimpification quotient. The humanities are pretty solidly—I guess a better qualifier here would be "fluffily"—wimpified.

Yes, there are non-wimps in academia, for example University of Pennsylvania law Professor Amy Wax, with whom I was once honored to share a public platform.

During Wax's speech, about a dozen members of the [Union] … rose and walked to the back of the room, where they turned their backs on Wax and raised their fists in the air. Several students cried during her speech.

But did you get that last sentence? "Several students cried during her speech."

You could carve that on Western Civilization's tombstone.

Here's another righteous academic: Dale Brigham, an associate professor of nutrition and exercise physiology at the University of Missouri.

Professor Brigham, a white guy, had scheduled an exam for early this week. That was of course just when the race business blew up, accompanied by a threat on social media from a white lunatic who said he'd go on a shooting rampage against blacks. 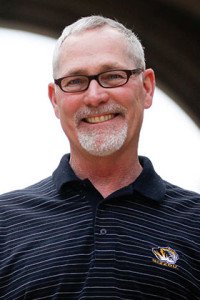 Prof. Brigham was urged to cancel the exam so that students could cower weeping in their safe spaces. He refused, writing in an email to his students:

If you give into bullies, they win. The only way bullies are defeated is by standing up to them. If we cancel the exam, they win; if we go through with it, they lose.

This was considered so outrageously insensitive, Prof. Brigham felt obliged to resign. As of Friday night, though, the university hasn't accepted his resignation, so possibly there are some non-wimps even in the administration there. Or possibly Prof. Brigham has learned to love Big Brother and is right now installed naked in a barrel at the football team changing rooms, I don't know.

So no, we're not all wimps. The wimpification factor is high enough among whites, though, that non-whites and ethnomasochist white anarchists can get anything they want by targeting the plentiful supply of white pajama boys and girly-boys and their female auxiliaries.

In some cases, as the Google doodle shows, the screechers and anarchists don't actually have to do anything. The pajama boys know what is expected of them and do it unprompted, either from commercial calculation or, Heaven help us, from actual sincerity.

And sometimes the price of wimpification is just too high for total abject surrender, as was the case with the EU ministers meeting with Africans in Malta this week.   Not that the price was high enough to turn the wimps into angry tigers; that never happens. It was, though, high enough for the Euros to drop their key demands, fudging over their retreat with weasely blather about "taking concrete steps" and "addressing root causes." [Remarks by President Donald Tusk at the press conference of the Valletta summit on migration, November 13, 2015]

What would the world look like if white people were not wimps? Or at least, if the wimpified portion of the white population were a despised and impotent minority? Permit me to dream.

The university swings into action. Potty-mouth is suspended for a year and barred from campus. Her fees for the year are forfeited. 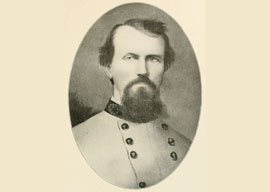 Furthermore, the practice of bringing in low-IQ students for the college sports teams and signing them up for b-s courses like "Television Program Analysis and Criticism" in the pretense they are engaging in higher education, will cease as of this semester. The Veterans Day Google doodle shows the U.S. Marines raising the flag on Iwo Jima. That's a sample of my dreams—not dreams of "hate" or "harm," as the Cultural Marxist propagandists would have you think, but of a fair and just world.

In my dream-world, no-one lets his judgment be warped by racial guilt. In this world, no-one is privileged on account of his race, and everyone understands that unequal outcomes by race are the fault of nobody but Mother Nature.

In this world, elementary truths have not been forgotten, truths like:

All right, it's a dream world, and it's annoying to have other people tell you their dreams. I'm sorry. Forgive me.

Camp Of The SaintsWhite Guy Loses His Job
<< Previous
Next >>
LATEST