I've met more than my share of famous people, just because I've lived mostly in big metropolises and hung around with journalists a lot. Among those encounters: one with His Holiness the Dalai Lama, back in 1984. I wrote up an account in a column back in 2003.

Well, His Holiness is still among us here in the material world; now 81 years old, but still doing speaking engagements. One of those engagements has caused a bit of a fuss over on the Left Coast. Here's the nub of it:

Chinese students are joining their peers on American campuses in getting woke. Their cause? Defending the official line of the Communist Party.

On Feb. 2, the University of California, San Diego (UCSD) formally announced that the Dalai Lama would make a keynote speech at the June commencement ceremony.

The announcement triggered outrage among Chinese students who view the exiled Tibetan spiritual leader as an oppressive figure threatening to divide a unified China. A group of them now plans to meet with the university chancellor to discuss the content of the upcoming speech.

The rest of the story is hard to read with a straight face. These Chinese students at an American university—a tax-payer supported public university, yet—have twisted the language of political correctness—"inclusion" "diversity," "respect," and so on—to enforce the line of the Chinese Communist Party that His Holiness is a scheming terrorist who seeks to destroy China.

It's all preposterous enough, but the underlying issues are nontrivial.

A lot of these Chinese students are quite sincere. Nobody in China ever hears anything about Tibet but the official line. They believe it. Since their parents are paying full tuition—tens of thousands of dollars—they are entitled to feel that they shouldn't be insulted by the presence of a speaker who, as they have been told all their lives, is plotting against their home country.

Some others among the students—my guess would be somewhere between twenty and thirty percent—know that the Communist Party line is a lie. However, they also know that the Chinese government monitors its citizens, both at home and abroad, very closely. If you think privacy is an issue here in the age of Big Data, try imagining how much privacy there is for Chinese people, under a government unrestrained by any constitutional protections. 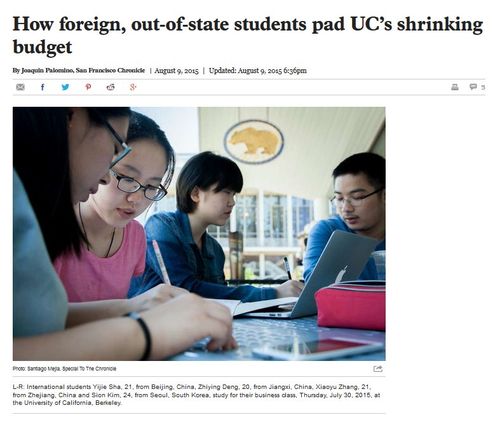 If you're a Chinese citizen, just for the authorities to know you were in the same room as the Dalai Lama could wreck your life. So even students who haven't swallowed the ChiCom lies are rightly fearful.

Why is the chancellor of an American university—a public university, on a salary paid out of tax receipts from American citizens—why is he being vexed by delegations of foreign students urging him to enforce the dogmas of a foreign Communist party?

Short answer: Because our immigration system is nuts.

Further down the Quartz news story, we that:

More overseas Chinese students are studying in the US than ever before. According to the Institute of International Education, more than 304,000 international students were attending university in the US during the 2014-2015 academic year, marking a nearly fivefold increase from a decade prior. [Emphases added] 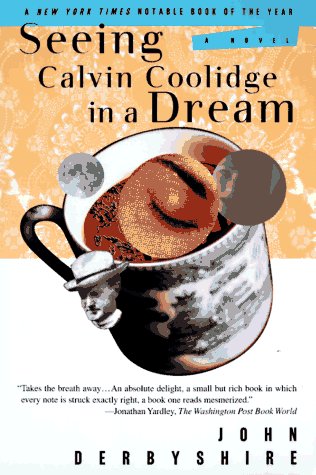 Why are we issuing that many student visas? Our universities are a resource, a great educational resource. That resource should be for the benefit of our people.

If you say things like that out loud, of course, you mark yourself down as a hater.

Well, the hell with that. I've been living among Chinese people for forty-five years. I've been married to one for thirty years. I've written two novels with Chinese protagonists sympathetically (Seeing Calvin Coolidge In A Dream and Fire From The Sun) But I love my country and I think her citizens should have first claim on her abundance. That's not hate.

I'll tell you what I hate: I hate the stupid, bogus, degraded vocabulary of "hate" and "bigotry" and "exclusion" that is now the default vocabulary for talking about national issues. I sure do hate that.

It's not as if the universities who admit all these foreign students are doing it from high morality and a sincere desire to improve the world.

They're doing it for money: foreign students pay full tuition. It's not an open-hearted spirit of national generosity: it's a cash racket. [Ker-ching.]

So there's another action point on immigration for you, Mr. President: a ceiling on student visas.

And here's a slogan to go with it: "American schools for American citizens!"

To play us out, here's a glimpse of the other side. I do not mean the other political side. God forbid everything should be about politics! No, this is the human side—the personal, not the social.

I've listened to a lot of Chinese pop music this past forty-odd years. Most of it is forgettable dross, of course, like pop music anywhere. But there's also some surprisingly good stuff.

One thing I've noticed, from the very beginning, is what a high proportion of Chinese pop ballads are laments for unwilling separation across the width of an ocean for a period of unknown length. That's just a cultural reflection of the fact that so many young Chinese people—people in those romantic late teens and early twenties—were going abroad to study, leaving their sweethearts behind.

Here's a random sample of the genre, one of hundreds. This is the late Teresa Teng, who died tragically young,  singing in Cantonese. The song title is 一水隔天涯, which translates as "An Ocean Apart."

See what I mean?