"I did it my way," crooned Sinatra.

Donald Trump is echoing Ol' Blue Eyes with the latest additions to his staff. Should he lose, he prefers to go down to defeat as Donald Trump, and not as some synthetic creation of campaign consultants.

The remarks recall the San Francisco Cow Palace where an astonished Republican, on hearing the candidate speak out in favor of "extremism in the defense of liberty," blurted out, "My God, he's going to run as Barry Goldwater!"

And so he did. And Goldwater is remembered and revered by many who have long forgotten all the trimmers of both parties who tailored their convictions to suit the times, and lost.

Trump believes populism and nationalism are the future of America, and wants to keep saying so. Nor is this stance inconsistent with recapturing the ground lost in the weeks since he was running even with Hillary Clinton.

The twin imperatives for the Trump campaign are simple ones.

They must recreate in the public mind that Hillary Clinton who 56 percent of the nation thought should have been indicted for lying in the server scandal, and who two-thirds of the nation said was dishonest or untrustworthy.

Second, Trump must convince the country, as he had almost done by Cleveland, that he is an acceptable, indeed, a preferable alternative.

While the assignment is simple, as Ronald Reagan reminded us, there may be simple answers, but there are no easy ones.

What is the case against Clinton his campaign must make?

She is a political opportunist who voted for a war in Iraq, in which she did not believe, that proved ruinous for her country. As secretary of state, she pushed for the overthrow and celebrated the assassination of a Libyan dictator, resulting in a North African haven for al-Qaida and ISIS.

Her reset with Russia was a diplomatic joke.

Her incompetence led to the death of a U.S. ambassador and three brave Americans in Benghazi, and she subsequently lied to the families of the dead heroes about why they had died.

Her statements about her server and emails were so perjurious they almost caused FBI Director James Comey to throw up in public.

She speaks of Bill, Chelsea and herself as leaving the White House in 2001 in roughly the same conditions of immiseration that the Joads left Dust Bowl Oklahoma in "The Grapes of Wrath."

But on leaving State, Hillary Clinton was pulling down $225,000 a pop for 20-minute speeches to Goldman Sachs. It's a long way, baby, from her Children's Defense Fund days, the recalling of which almost caused Bill Clinton to lose it and break down sobbing at the Philly convention. 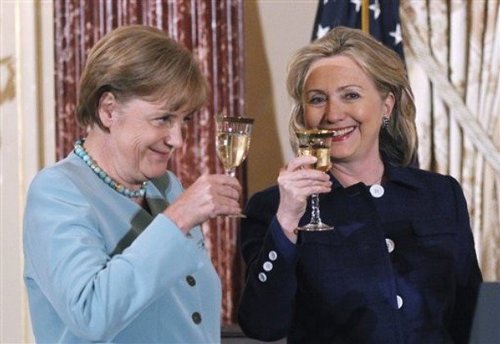 What America has in Hillary Clinton is a potential president with the charisma but not the competence of Angela Merkel, and the ethics of Dilma Rousseff.

However, here is the problem for the Trump campaign.

While exposing the Clinton character and record is essential, among the primary rules of presidential politics is that you do not use your candidate to do the wet work.

Yet, still, on the mega-issue, America's desire for change, and on specific issues, Trump holds something close to a full house.

The country wants the border secured and immigration vetting toughened to keep out the kind of terrorists who committed the atrocity in San Bernardino.

The country wants an end to the trade deficits with China and the endless export of U.S. factories and manufacturing jobs.

On Teddy Roosevelt's "Speak softly, and carry a big stick," Ike's "Peace through strength," and JFK's "Let us never fear to negotiate," the country is with Trump.

Americans may not love Vladimir Putin, but they do not wish to go to war with Russia, which we avoided in half a century of Cold War.

Americans do not want to go nation-building abroad, but to start the nation-building at home. On coming down with both feet on rioters, looters, arsonists and Black-Lives-Matter haters who call cops "pigs," America is all in with Donald Trump.

As for going after Clinton, the media hysteria surrounding the Donald's new hire, Steve Bannon of Breitbart News, suggests that this may be a fellow who is not without redeeming social value.

Moreover, outside events could conspire against Clinton.

The coming economic news—we had 1 percent growth in the first half of 2016—could cause a second look at Trumponomics. And whoever is out there strategically dropping Democratic emails may be readying an October surprise for Hillary Clinton, a massive document dump that buries her.

As Yogi Berra reminded us, the game "ain't over, till it's over."