Is the GOP Risking Suicide By Trying To Rob Trump Of The Nomination?

Donald Trump has brought out the largest crowds in the history of primaries. He has won the most victories, the most delegates, the most votes. He is poised to sweep three of the five largest states in the nation—New York, Pennsylvania and California.

If he does, and the nomination is taken from him, the Republican Party will be seen by the American people as a glorified Chinese tong.

Last week, Ted Cruz swept 34 delegates at the Colorado party convention. Attendees were not allowed to vote on whom they wanted as the party's nominee.

This weekend, Cruz shut out Trump in Wyoming the same way.

What does this tell us? Cruz has a better "ground game." His operatives work the system better. Ted Cruz is the king of small ball.

But having gone head-to-head in some 30 primaries and caucuses, Cruz has fallen millions of votes behind Trump, and will fall millions further behind after New York, Pennsylvania and California.

How? Poaching and pilfering. In state after state, he is getting Cruz loyalists elected as Trump delegates. After casting an obligatory vote for Trump on the first ballot, the turncoats will go over the hill and vote for Cruz on the second ballot.

Faithless delegates are preparing to switch to give Ted Cruz a nomination that he could not persuade Republican voters to confer upon him.

The rules are the rules, says Republican National Chairman Reince Priebus in defense of what went down in Colorado and Wyoming.

Priebus is correct. The rules are the rules. But what is also true is that the rules have been and are being manipulated by party elites to frustrate the expressed will of a Republican electorate, and to impose a nominee other then the clear winner of the primaries.

Republican elites are engaged in a conspiracy to frustrate and overturn the democratic decision of the Republican electorate.

Prediction: If Trump sweeps the remaining major primaries, comes to Cleveland with millions more votes than any other candidate, and then has the nomination stolen from him, the Grand Old Party will be committing hara-kiri on worldwide TV.

This political race ranks among the most exciting in American history. Seventeen Republicans entered the lists last summer in what party officials hailed as "the strongest Republican field since 1980."

Then Trump came down the escalator, took them on, and bested them all. Can Republican Party elites think they will be celebrated if they substitute their wants for the will of the voters?

A Cruz nomination would be like taking the gold medal away from the man who won it, and handing it to a runner-up. The GOP elites would be about as popular as those Olympic boxing judges in South Korea.

The deeper problem here is the refusal of party elites to realize that the world has changed. 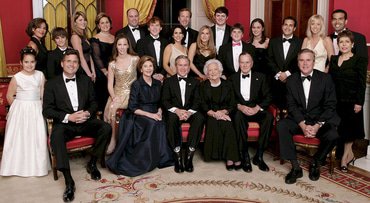 The Bush dynasty is done. Jeb Bush, the Prince of Wales, understands this. He will not be going to Cleveland.

The primaries have starkly revealed that a new era is upon us.

Even the neocons, the dominant element among the 121 foreign policy experts who declared in an open letter that they will never work for a President Trump, testify to this.

They see Trump's victories as a repudiation of their legacy, and a Trump presidency as the end of their post-Cold War ascendancy.

And given the disasters they have produced for America, from Afghanistan to Iraq, Libya and Yemen, the nation would be well rid of them.

Indeed, Trump's victories, and the energies he has unleashed, are due, not only to his outsized persona but to his issues.

People believe Trump will secure the borders, halt the invasion, embrace tariff and trade policies to reduce imports, and restart the production of goods, Made in the USA, by and for Americans.

In his first inaugural, Woodrow Wilson said, "The success of a party means little except when the Nation is using that party for a large and definite purpose."

Bush Republicans saw their "large and definite purpose" as creating a "New World Order" and "ending tyranny in our world."

Trump seems to see repairing, rebuilding and restoring America to greatness as the "large and definite purpose" of the party he would lead. And a new emerging Republican majority seems to agree.

If Trump had been routed, as first expected, then his message could rightly have been regarded as outside the mainstream. But Republican voters rallied to the issues he raised.

To either ignore the clear instructions of its electorate, or renounce their chosen messenger, would be for the Republican Party to forfeit its future, and cling to a discredited and dead past.