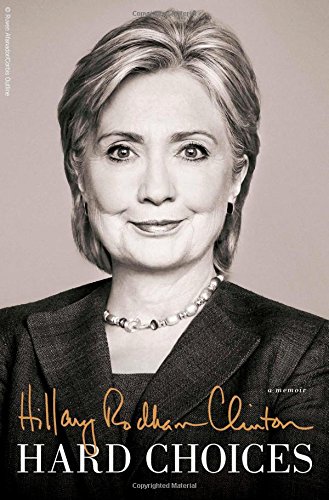 Looking back over the last century there were two great coalition builders in presidential politics: FDR and Richard Nixon.

Franklin Roosevelt broke the Lincoln lock on the presidency that had given Republicans the White House in 56 of the previous 72 years. From 1932 to 1964, FDR's party would win seven of nine elections.

Nixon broke through in '68 and built the New Majority that gave the GOP the White House for 20 of the next 24 years.

The Nixon-Reagan coalition, however, has aged and atrophied.

In five of the last six presidential elections, the Democratic nominee won the popular vote. And no fewer than 18 states, including four of the most populous—California, Illinois, Pennsylvania and New York—have gone Democratic in all six of those elections.

The GOP is also facing a demographic crisis. White folks, who provide almost 90 percent of Republican votes in presidential years, are steadily shrinking as a share of the electorate.

With the cash she can raise and the support of the sisterhood, she may be able to clear the field in the run for the nomination. And in a general election it is hard to see which Republican today could take 270 electoral votes from her.

Yet the lady has vulnerabilities. If elected, Hillary would be, at 69, the oldest Democratic president ever. Husband Bill was nearly a quarter of a century younger when inaugurated, as was Barack Obama.

Her book tour for "Hard Choices," with her tale of woe about having been "flat broke" in 2001, revealed a queen of privilege wildly out of touch with the hard realities of life in Middle America in 2014.

Moreover, there is Clinton fatigue in the country and this capital. Americans under 30 never knew a time when she was not around.

Her memoir looks likely to be remaindered long before it earns her publisher anything near the $14 million advance she is rumored to have received. Somebody at Simon & Schuster is going to the wall.

And the Democratic left is pawing the turf.

Is her record in office impressive?

The most critical vote she cast in eight years in the Senate—to take America into war with Iraq—she now admits was a mistake. And it's not an insignificant one, considering the disaster that is Iraq today.

Her record as secretary of state?

The most memorable moment was announcing the "reset" with Russia. How's that working out?

Not only must Hillary answer for the failures that brought about the Benghazi massacre, and her absenteeism in its aftermath, but she must also defend a foreign policy that has left her country less respected on every continent.

While most Americans support President Obama's decisions to end the U.S. wars in Iraq and Afghanistan, there is something about his leadership on the world stage that calls to mind the Carter era.

And while there is no end to the chatter in this city of the clash within the GOP between the establishment and the Tea Party, there are fissures and fractures visible as well in the Obama-Clinton party.

As a wag once observed, the Democratic Party is a conclave of warring tribes that have come together in the anticipation of common plunder. But the old formula dating to FDR days, of "tax and tax, spend and spend, and elect and elect," may have run its course.

The U.S. government is deep in debt and moving deeper. State capitals have hit the wall, forcing painful decisions to cut spending on education or pensions, or to raise taxes. Even in the bluest states, governors like Jerry Brown in California and Andrew Cuomo in New York have gotten the message. The halcyon days are over. Frugality is in.

While the nation has been pulled back from the abyss of 2008 and 2009, the five-year Obama record since, with its massive deficits, soaring debt, anemic growth, and diminished share of the labor force working, is nothing to write home about.

Add in the NSA, IRS and VA scandals, and this is the kind of record candidates usually run away from, rather than run on.

While African-Americans and Asians are among the most loyal Democratic blocs, in California, Asians arose in angry protest to kill a proposed law to reinstate affirmative action in state schools. For Asians are now among the major victims of reverse discrimination.

Ms. Clinton says she has "evolved" on same-sex marriage.

Have the conservative black pastors and preachers of the most churched community in America also evolved? How comfortable are black Christians in a party half of whose convention delegates booed when it was suggested that God be mentioned in the 2012 platform?

No. The presidency in 2016 is not beyond the reach of the GOP.

It is just difficult to see who, among those moving toward the starting gate, can reach the requisite 270 electoral votes.

Patrick J. Buchanan needs no introduction to VDARE.COM readers; his books State of Emergency: The Third World Invasion and Conquest of America,  and  Suicide of a Superpower: Will America Survive to 2025?  are available from Amazon.com.  His new book “The Greatest Comeback: How Richard Nixon Rose From Defeat to Create the New Majority” will be released on July 8, 2014.