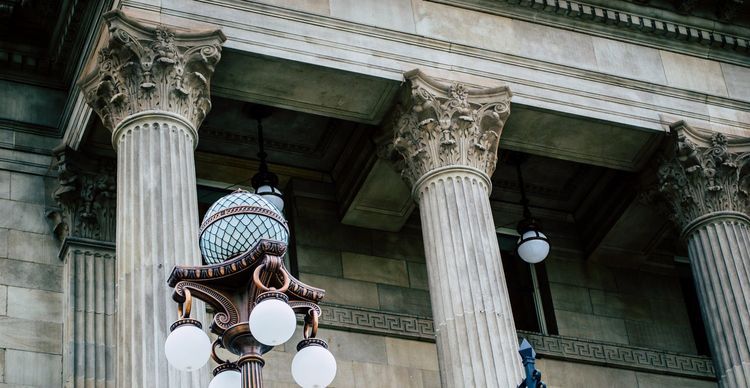 Impeachment The Answer To Judicial Tyranny— In NJ, In U.S.

If Gov. Jon Corzine wished to make himself a hero to Middle America, the opportunity is at hand. All he need do is inform the New Jersey Supreme Court he will neither submit nor sign the law it has ordered enacted—to put homosexual unions on a par with marriage.

At root, what that 4-3 decision, ordering the legislature to enact a new law sanctioning civil unions or gay marriage, is about is: Who governs New Jersey? It is about who decides what law shall be—elected legislators or judges appointed for life.

In our War of Independence, in which New Jersey was overrun repeatedly by British troops, at issue was whether George III and a Parliament sitting in London, in which Americans had no voice, would govern us, or whether we would rule ourselves. From April 1775 to Yorktown in 1781, Americans fought and died to end that rule of kings—only to have their meek and timid heirs submit to a rule of judges.

Let us go back to the era of Earl Warren that began in 1954, and consider what, in the span of a half-century, U.S. judges and Supreme Court justices, abetted by state jurists, have done to America.

God, Bible study, prayer and the Ten Commandments have been ordered out of all public schools and the public square of a nation that once proudly boasted of itself as God's country. Pornography has been declared protected by the First Amendment. Cities have been ripped apart, as judges have ordered students, based on color alone, bussed across crime-ridden cities to achieve an artificial racial balance. Abortion, homosexual sodomy and naked dancing in public bars have been declared to be new constitutional rights.

Of all these outrages and idiocies, one thing may be said: No legislature, no executive at the state or federal level would have survived imposing such measures upon us. They would have been hurled from office at the next election. When homosexual marriage was put on the ballot in 13 states in 2004, it was routed in every one by landslides as great as six to one. America rejects it.

Upon what ground, then, does the New Jersey Supreme Court stand to order an elected legislature to enact a law the people do not want? Answer: The court said that to deny homosexuals the same rights as married couples is to treat them unequally, and this violates the Constitution of New Jersey: "Although we cannot find that a fundamental right to same-sex marriage exists in this state, the unequal dispensation of rights and benefits to committed same-sex partners can no longer be tolerated under our state constitution." [ N.J. court opens door to gay marriage, by Geoff Mulvihill, Associated Press, October 25, 2006]

The operative words here are "no longer be tolerated." What the court is saying is that, though there is no right to same-sex marriage in New Jersey, and the state has never voted the rights and benefits to homosexuals it has for married couples, we, the judges in our wisdom, declare this to be intolerable.

Therefore, you, the legislators of New Jersey, and you, Gov. Corzine, are ordered to change the laws of New Jersey to conform to our idea of equality. A tiny minority of judges in America now dictates to the Great Silent Majority.

This is exactly what happened in Massachusetts in 2003. And had Gov. Romney told the Massachusetts Supreme Court that its 4-3 decision had no constitutional basis, and that he and the legislature had no intention of obeying its order, Mitt Romney would be the front-runner for the Republican nomination in 2008.

When Shay's Rebellion of farmers broke out in Massachusetts in 1786, Thomas Jefferson wrote to James Madison, "I hold it that a little rebellion now and then is a good thing, and as necessary in the political world as storms in the physical." It is time for a little rebellion in New Jersey, and America. For what is taking place, what has taken place, is a bloodless coup by judges who have arrogated to themselves the powers of legislatures to make laws and remake society in their own image—without recourse to referenda or free elections.

When judges in New Jersey can order legislators to write new laws that conform to their ideology, laws the people have not only not demanded, but viscerally and violently oppose, we have ceased to be a free country or a democratic republic.

"Who rules?" That is what is at issue in New Jersey.

For 50 years, this nation permitted the Warren Court, and its successors and imitators in the state courts, to create a body of judge-made law that has altered the character of our country, very much for the worse.

Again and again, the people have voted for candidates for president, Congress and governor who promised to ring down the curtain on this half-century of judicial tyranny. But still the judges persist in issuing orders that have no basis either in precedent or in the written constitutions they have sworn to defend.

Such judges need to be defied and they need to be impeached. Not obeyed.