Immigration Hawks vs. Deep State—Time For POTUS To Step Up

The key battle for immigration enforcement is not between President Trump and Congress, but within the Trump Administration itself. And it’s time for Trump to start focusing on the details (or appoint someone like Kris Kobach who will) or he lose cede control over immigration policy to the bureaucrats and lose his patriot support.

Battles within a Republican Administration are nothing new. Whenever a Reagan Administration decision was deemed insufficiently conservative back in the 1980s, the cry went up: “Let Reagan be Reagan!”  The suspicion: liberal Republican staffers like Mike Deaver or Secretary of State George Schultz were fooling Reagan into policies which went against the president’s deeply-held principles.

Of course, when governor of California, Reagan once said his pledge against a tax hike was set in concrete. When he later changed his mind on the issue, he quipped: “The sound you hear is breaking concrete”. [Reagan the politician, by Julian Zelizer, Politico, February 6, 2011]

Even more than with Reagan, a slogan like “Let Trump be Trump” doesn’t quite work because we don’t know where the president really is on many issues.

But we do know the bureaucrats are against him. 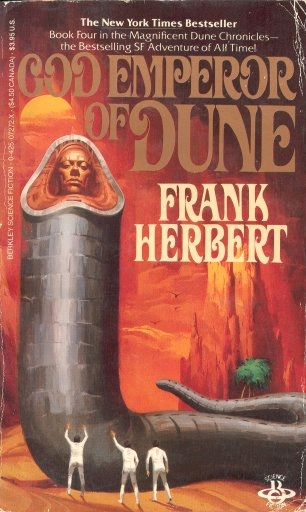 Liberal bigots are the ones who trouble me most…  Liberal governments always develop into aristocracies. The bureaucracies betray the true intent of people who form such governments. Right from the first the little people who formed the governments which promised to equalize the social burdens found themselves suddenly in the hands of bureaucratic aristocracies. Of course, all bureaucracies follow this pattern, but what a hypocrisy to find this even under a communized banner.

This bureaucratic aristocracy is now at war with immigration patriots. And the first battle will be the Deferred Action For Childhood Arrivals (DACA) program, the crown jewel of the Obama Regime Administrative Amnesty.

There is some talk President Trump is playing “4-D Chess” by allowing the courts to quietly kill DACA so he doesn’t have to be the “bad guy” in public. However, as CNN notes, “the administration’s biggest defender of the program,” former DHS head John Kelly, is now White House Chief of Staff. President Trump is already engaging in worrying talk about a “comprehensive immigration plan.” And a Democratic congressional staffer told CNN the Administration is expected to “invite Congress to work on legislation” to renew DACA [A storm is brewing for DACA this September, by Tal Kopan, August 7, 2017].

This is not the only bureaucratic fight going on. The Main Stream Media is also sounding the alarm about a new plan to expand the power of the Department of Homeland Security to expedite deportations. [Trump Administration Considering Plan to Expand and Expedite DHS Deportation Powers, by Abigail Hauslohner and David Nakamura, Washington Post, July 14, 2017]

On the surface, this is promising. Pro-immigration bureaucrats want to fight the whole idea of Expedited Removal. As Michelle Malkin noted, in the immigration court system, the Executive Office For Immigration Review (EOIR), “it ain’t over ‘til the alien wins” [The Deportation Abyss: “It Ain’t Over ‘Til the Alien Wins,” Center for Immigration Studies, September 1, 2002]. Aliens can use endless appeals, both administrative and judicial, to fight deportation for years. Bureaucrats may simply rubber stamp “asylum” requests if given the opportunity.

However, the aforementioned Washington Post article shows this deportation program would be of limited value. I have not seen the memo, but the Post reports:

Under the proposal, the agency would be empowered to seek the expedited removal of illegal immigrants apprehended anywhere in the United States who cannot prove they have lived in the country continuously for more than 90 days…

Expanding Expedited Removal to a mere 90 days after entry would have little effect on immigration enforcement.  Most illegal aliens encountered in the United States after 90 days are within 100 miles of the border and are already eligible for this policy. To have any effect, Expedited Removal needs to be fully implemented according to the letter of the law, allowing the deportation of all illegals who could not prove they were continuously present in the United States for the 2-year period immediately prior to the date of the determination of inadmissibility.

But even this isn’t really enough. The backlog of well over 500,000 illegal aliens before the Executive Office for Immigration Review (EOIR) will be unaffected by any expansion of Expedited Removal to either to 90 days or to two years [Trump’s new rules could swamp already backlogged immigration courts, by Rick Jervis, Alan Gomez, and Gustavo Solis, USA Today, April 17, 2017]. 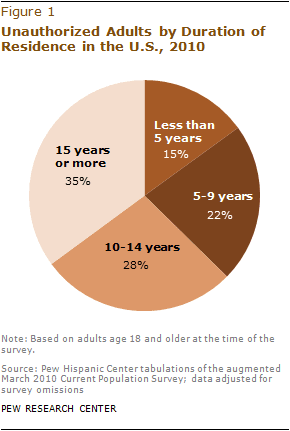 Even if this minimal proposal to expand Expedited Removal gets past the Deep State saboteurs (like Field Office Director for Enforcement and Removal Operations in Southern California  David Marin, who openly lobbies in the media for amnesty), it will be ineffective.

What is needed is an expansion of Expedited Removal to include all illegal aliens in the United States—regardless of whether the illegal aliens entered without inspection or were inspected and admitted. [Unauthorized Immigrants: Length of Residency, Patterns of Parenthood, By Paul Taylor, Mark Hugo Lopez, Jeffrey S. Passel And Seth Motel, Pew Research Center, December 1, 2011]

It also shouldn’t matter how long they have been in the United States illegally.  There should be no time limit on use of Expedited Removal, neither two years nor 90 days.

The only aliens allowed a hearing should be aliens admitted legally, as permanent residents, as asylees, and as refugees. Illegal aliens who entered without inspection or aliens in the United States violating the terms of their non-immigrant visas should be removed without ceremony.

The battle for immigration patriotism will be won or lost in these detailed bureaucratic struggles. And unfortunately, Congressional Republicans seem ignorant of the real issues involved. For example, Raul Labrador proposed expanding Expedited Removal, but whoever drafted the bill did not know even the basics. It allows for judicial review of some cases, keeps the two-year limit in place, and generally does not cover any significant number of illegal aliens.

Ultimately, it will fall to President Trump to take the lead. He must end DACA by whatever means. He must fight against the saboteurs in the bureaucracy. And he must push through an unlimited program of Expedited Removal.

Perhaps most importantly, President Trump needs to pick someone to replace General Kelly at DHS who will be more active in overcoming bureaucratic resistance than the general himself was (Kris Kobach?)

Rhetoric is all very well, and the Administration is obviously having some effect.

But thus far, Donald Trump doesn’t have anyone to help him with the details of immigration enforcement.

And “the devil is in the details”—as are the bureaucratic saboteurs who are doing their best to limit any attempt to deport the criminals who invaded our country.