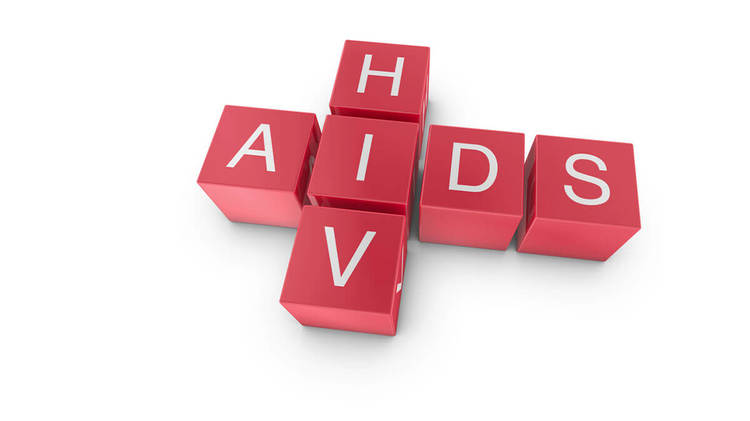 How To Reduce HIV/ AIDS In America: Stop Third-World Immigration

Gay marriage, which was argued before the Supreme Court Tuesday (March 26), is outside VDARE.com’s immigration patriot focus—and, as a member of the webzine’s Democratic Caucus, I am probably less distressed than most. But that is not the case with HIV/ AIDs. Increasingly, it is being imported through immigration policy.

Last summer’s International AIDS Conference centered on spending billions more for prevention and treatment. New vaccines raise hopes that this may be the last generation to see a rise in AIDS cases, but paying for these vaccines is a costly business. Typically, attendees at the AIDS conference believed that throwing money at illiterate people will solve the problem. This is bogus, in the U.S. no less than in Africa. [Money will turn tide on AIDS, conference attendees say, Washington Post, July 27, 2012]

HIV/AIDS continues to kill thousands in the U.S. The Centers for Disease Control (CDC) reports as of 2010, 1,129,127 people have died of AIDS since the epidemic began 30 years ago. Approximately 50,000 American residents are infected with HIV each year. [CDS Factsheet, PDF]

Nationally, most people afflicted with HIV/AIDS are men who have sex with men (MSM in CDC parlance). But rates of infection vary dramatically by race and ethnicity. According to the CDC:

The CDC does not break out cases by country of birth—except for Hispanics. Table 9 of the 2009 surveillance report shows that of the total 5,830 new AIDS diagnoses among Hispanics in 2009, 2,645 or 45 percent of the cases were adults and adolescents born in other countries. [Diagnoses of HIV Infection and AIDS in the United States and Dependent Areas, 2009, CDC HIV Surveillance Report, Volume 21]

The ranking of the number of new cases by place of birth is: Mexico, Puerto Rico, Central America, South America and Cuba.

For Hispanic male homosexuals, foreign-born cases made up 60 percent of all new AIDS diagnoses in 2009.

In the Los Angeles County Public Health HIV/AIDS surveillance report for 2011, Table 23 shows that between 2004 and 2011, the number of persons living with AIDS increased by 5,257 cases. Hispanic residents accounted for over half of the added cases.  According to the commentary in the surveillance report, 40 percent of the total of those infected with AIDS are Hispanics; 34 percent whites and 21 percent blacks.  [Annual HIV Surveillance Report for LA County, February 17, 2012 (PDF)]

In short, Mexican immigration is a prime reason the HIV/AIDS cases are on the rise in Los Angeles County.

On the other side of the country, the population changes in the Miami/Dade metropolitan area have been equally dramatic. In the decade 2000 to 2010, 41,161 foreign-born residents moved in and 24,525 domestic residents moved out. The Dade County Planning Department projects that this trend will continue.  [PDF]

In 2010, over half of the residents in Miami were foreign- born and over two-thirds of the residents spoke a language other than English. Hispanics comprised 65 percent of the population, blacks 19 percent and non-Hispanic whites 16 percent.

For most of the last decade, Miami has held the number one position among metropolitan areas with the highest level of HIV/AIDS cases.

The Miami-Dade Comprehensive Plan for HIV/AIDS [PDF] shows that together blacks and Hispanics make up 89 percent of the affected population (blacks-48% and Hispanics-38 percent).

Many Miami residents are not eligible for Medicaid because they are immigrants, both legal and illegal. Some of these HIV/ AIDS victims are treated with federal funds via the Ryan White Program, Part A. The comprehensive plan states on page 29, that among this HIV/AIDS population, a majority

“. . .are foreign-born and among Haitians and Hispanic MSMs almost 90% are foreign-born. Large numbers of immigrants increase the need to provide services in three languages: 36% . . .are Spanish speaking and 11% speak Creole.”

“Similar to the Haitian population, there is a reliance on folk medicines and healers as a means of treatment and there is substantial misinformation concerning the transmission of HIV/AIDS along with a high incidence of ‘no symptoms, no problem’ thinking . . .” (comp plan, p. 34)

A research project by the University of Miami found that among Haitians, (Comp Plan, p. 32

“. . . a persistent feeling of stigma about HIV/AIDS exists. . . a sense of vulnerability to deportation and/or incarceration, a complex non-western system of beliefs about health behavior. . . .

Eighty percent of Haitians have less than a high school degree [my emphasis—LT] and 45% do not speak English. Although written materials are often translated into Creole, the estimate is that 35% of Haitian adults cannot read or write in either Creole or English.”

Another behavior that contributes to the difficulty of prevention of the disease among Haitians and American blacks in general: the “down low” practice.  One slang dictionary  defines down low:

Down Low is used to describe the behavior of American Black men who have sex with other men, as well as with women, but who do not identify as gay or bisexual. The term has its origins in African American slang but such behavior is not exclusive to that group.

The term was popularized in the late 1990s and after by a series of mainstream media reports emphasizing the danger of such men transmitting AIDS to their unsuspecting female partners.

This belief is also common among uneducated, Mexican and Central American immigrants such as those who live in California. (I was told this during the early years of the epidemic by Jerry White, coordinator for HIV/AIDS services in Santa Barbara County. White also said that men who are the active partner do not consider themselves homosexual—only the passive partners are homosexual.)

HIV/AIDS-illegal aliens and recent immigrants are costing the American taxpayer big bucks. Federal, state and local governments have difficulty providing health care for needy Americans; nevertheless, the Federal government refuses to control our borders and we keep importing millions of uneducated, Third World immigrants without the ability to care for themselves.

If Americans want to reduce HIV/AIDS and reduce health care costs, we should stop immigration from areas like Haiti, the Caribbean, Puerto Rico, Central America and Mexico.

That would be a much cheaper preventative alternative than spending billions of dollars for the treatment of HIV/AIDS cases   in the United States after they arrive here.

Linda Thom [email her] is a retiree and refugee from California, now living in Washington State. She formerly worked as an officer for a major bank and as a budget analyst for the County Administrator of Santa Barbara