“GOP Leadership Hopelessly Corrupt, Out Of Touch With Its Base” —VDARE.com’s Brimelow Interviewed By BLOOMBERG’s Gendreau

VDARE.com Editor Peter Brimelow writes: I’m afraid it’s my fault (see here) that American Renaissance’s Jared Taylor has been contacted by Bloomberg News who, he says, “clearly want to write that Donald Trump is ‘mainstreaming hate,’ that he is responsible for a huge surge in the Alt-Right.” Last week, I myself was contacted by Bloomberg News’ Henri Gendreau (email him) and agreed to do an email interview. Here’s the result:

Henri Gendreau: Dear Mr. Brimelow — Here are some questions — you will find quite a few are open-ended, so if you change your mind and would rather talk over the phone tomorrow, feel free to call. I appreciate your time. Henri (206.xxx.xxxx).

HG: At the 2016 American Renaissance conference in May, you said the Republican party would be shocked if Donald Trump were to win the election. Do you think this is still the case?

PB: I think the GOP leadership will be suicidal. Couldn’t happen to nicer people.

That said, I think the Congressional GOP may be more onside than is generally expected. They didn’t really like the Gang of Eight bill.

HG: Polls have shown that Trump is now trailing Clinton. Do you have any Election Day predictions? If you think Trump will win, do you think it will be close or a landslide? 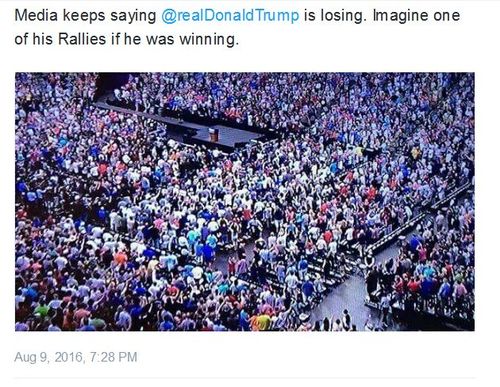 PB: I really have no idea what’s going to happen, especially after Brexit (and for that matter the last British general election). And I am OLD enough to remember Reagan in 1980, which was also a huge shock, although everyone seems to have forgotten it.

Conversely, Goldwater was utterly destroyed although he did in fact presage a real and fundamental shift in American politics.

Obviously, I find the divergence between the tracking polls and the rest weird, as I assume you do. Life is getting very tough for these poor pollsters.

Bottom line: Nothing would surprise me.

HG: To what would you attribute his victory? Defeat?

PB: Trump’s problem is NOT the minority vote (despite the RNC’s lying post-mortem report, which was just an excuse for a donor-driven cheap-labor Amnesty/ Immigration Surge). It’s whites—specifically, Establishment-oriented GOP voters. The party is in civil war, donorists vs. nationalists, and the donorists have shown they will sink the ship rather than give it up. We’re posting an article on this by Brad Griffin later tonight.

HG: Why do you think a figure like Donald Trump has been successful in his pursuit of the Republican nomination?

PB: The GOP leadership was hopelessly corrupt and out of touch with its base. He [PB: To quote George W. Plunkitt, albeit about graft not about politics] “seen his opportunities and he took them”.

It’s remarkable, but I must say we’ve been predicting something like this for years.

HG: Why now, specifically, do you think it is that we have a major-party candidate talking about immigration in the way that you and others have talked about?

PB: It’s really just a question of the numbers. Government immigration policy is Electing A New People, driving whites (= “Americans” until 1965) into a minority. Obviously at some point they’re going to notice. What is truly incredible, and an indication of the power of the PC Reign of Terror, is how long it has taken.

HG: You have said the GOP has lost in recent presidential elections for not attracting enough white voters. Do you think that Trump's candidacy marks a permanent shift in the party in this direction? Why/why not? Where do you see this heading?

PB: Hmm I guess I got into that above.

I don’t see any future for the GOP unless it accepts the fact that it is a National Conservative Party that basically (but not exclusively) expresses the interests of white America—known until 1965 as “America.”

On the other hand, it’s not written in the stars that the party—or the Republic—will survive. Maybe the managerial state will succeed in suppressing dissent. I would never have thought the Afrikaner nation would give up control of its state.

HG: Have you seen an increased interest in white nationalism and the alt-right since Trump entered the presidential race?

PB: Increased interest from the MSM and increased hysteria from cuckservatives. But our underlying traffic had been building for a long time. I think this is all going on under the radar.

HG: What sort of conversations have you had with others who espouse white nationalist ideas about his candidacy and their support of/opposition to him?

PB: Unsure what you mean by this. VDARE.com’s focus is on immigration, and for better or worse, he’s the best candidate (on a good day) we’ve ever seen. In terms of the Alt Right and its various build-outs/ fellow travelers, I think there’s universal agreement that he has no idea who we are. He’s just somehow seized on some of the same issues.

Above all, he’s not Politically Correct. That’s a very big thing.

This might help: VDARE.com’s Brimelow At That Alt Right Press Conference: “I’m Glad My Young Wife Is A Texan And Knows How To Shoot.”

HG: FEC records show the Trump campaign transferred $4.80 in donations you made to an associated campaign committee. What was the total amount you donated in support of the candidate? 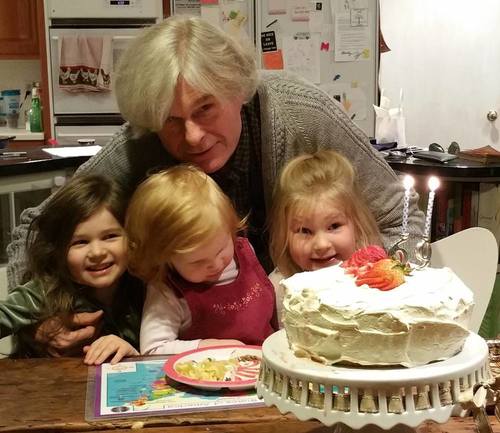 PB: I think we bought a hat as a birthday present for my son and were lured into a raffle thing, hence the odd amount.

I have three little daughters to support and figure I’ve given enough to The Cause.

BUT, SPEAKING PERSONALLY, I STRONGLY ENCOURAGE YOUR READERS TO DONATE TO TRUMP. TO HELL WITH BILLIONAIRE GOLFERS FOR OPEN BORDERS!! [PB: This is a mean-spirited reference to Gendreau’s employer, the appalling Michael Bloomberg].

HG: You indicated your employer as Dow Jones. Do you still contribute to MarketWatch? (I didn't see any recent bylines.)

PB: No, they said they had to downsize.

HG: Is this the first time you have donated to a political candidate (as FEC records suggest, if they were above a certain amount)?

PB: I thought we gave to Tom Tancredo, but I guess that was a state race. Can’t remember anything else. Too cheap.

HG: Have you had or do you have any other interactions with the Trump campaign besides through those donations?

PB:Of course not. As far as I can tell, they don’t talk to anyone at all. I presume they are avid readers of VDARE.com.

HG: Is there anything else you think is important for people to know about Trump's candidacy from your point of view?

HG: With whom else would you suggest I speak?

PB: What are you looking for? I assume you’ve spoken to Jared Taylor and Richard Spencer (everyone talks to Richard).

Gendreau emailed me back, somewhat flat-footedly:

Thanks for this. Just to clarify a few things: Do I sense a bit of sarcasm in the second sentence to your response to my first question? Would you be able to elaborate a bit on why you think "the GOP leadership will be suicidal"?

Also, when you say you bought a hat for your son, I assume you are referring to a Make America Great Again hat?

And would you happen to have email addresses for Mr. Taylor and Mr. Spencer?

Appreciate your time. Thanks

I replied: Dear Henri: Yes, I was being sarcastic. I think the GOP leadership is traitorous when it is not flat-out stupid.

The GOP is a party in civil war, donorists/ globalists vs. patriots. That’s what the repeated Amnesty battles have been about.

Yes, it was an MAGA hat. Alexander says he can’t wear it on his CA campus because he’d be lynched, although he’s a former Marine. Land of the Free!