CHUTZPAH! Shikha Dalmia Wants NATIONAL REVIEW To Fire Krikorian Because He’s Pro-Abortion. He Isn’t (But She Is) 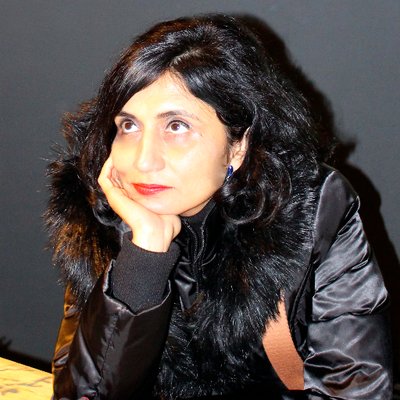 It’s no secret that VDARE is unimpressed with National Review and is sometimes compelled to offer constructive criticism to the Center for Immigration Studies for its triangulating. Yet, in a sign of how bad Conservatism Inc., has now become, even National Review has found itself under attack from cuckservatives and left-libertarians because it publishes CIS’s executive director Mark Krikorian.

The primary attack came from Reason Magazine’s Shikha Dalmia (pictured right, an Indian immigrant who grew up in New Delhi) in a hit piece in The Week on Center for Immigration Studies, Federation for American Immigration Reform, and Numbers USA—focusing on the supposed evil eugenics/ population control agenda of FAIR’s founder, the venerable Dr. John Tanton [Why do pro-life conservatives support anti-immigrant groups pushing population control?, May 11, 2016]

Of course all political movements are coalitions: immigration enthusiasts boast about their own, confident that no-one will examine it critically (except VDARE.com). But this particular “population control” smear is just a lie. The Open Borders Lobby has produced literally dozens of similar pieces parroting this (see e.g. here), and Dalmia (email her) does not have a single new supposedly damning revelation, or even a news hook, to justify regurgitating these decades-old talking points.

To the extent there is anything new, it was Dalmia’s condemnation of National Review for its relationship with Krikorian—he has served as a sort of Immigration Beard there since shortly after William F. Buckley purged the magazine of immigration patriots in 1998. She expresses shock and outrage that “National Review, perhaps the country's leading journal for intellectual conservatives, and a magazine with strong pro-life leanings, has lent its name and platform to the leader of an organization that clearly favors population control.”

Dalmia notes that, 30+ years ago, many prominent environmentalists like Senator Gaylord Nelson, Paul Ehrlich, and Garett Hardin supported immigration restriction out of population concerns. She then notes John Tanton’s important influence in helping create the modern immigration patriot movement and Points-and-Splutters at his supposed parade of horribles—his involvement with Planned Parenthood and Zero Population Growth, his (completely accurate) quip that  “For the first time in history those of us with our pants up will be caught by those with their pants down;” and the FAIR’s acceptance of money from the Pioneer Fund more than 20 years ago.

Dalmia thereafter shifts her Pointing-and-Spluttering to Numbers USA’s Roy Beck and FAIR’s Dan Stein over much milder sentiments about population control. Yet she proves no direct ties between Stein or Beck and pro-abortion forces. And she produces absolutely no evidence that any of these organizations actually promote, or even discuss, legalized abortion.

When John Fonte refuted this smear last time around, he pointed out that Mark Krikorian, Jessica Vaughn, and Steve Camarota—definitely the most visible and prolific writers at CIS—were all, as a matter of fact, pro-life [Smearing the Center for Immigration Studies, February 20, 2013].

Dalmia does not respond to this, but simply points to isolated mentions of abortion in CIS’s many publications:

CIS openly espouses population control — including "curtailing needless restrictions on abortion" — and has posted papers (authored by Roy Beck) lambasting environmentalists for "forsaking" their previous commitment to it. [Links in original]

The first link is to a blog by David North, who argued there was a need for an organization that addressed all causes of population growth—including contraception and abortion restrictions—implying, obviously, that CIS was not such an organization. The other link is to a Report by Roy Beck and Leon Kolankiewicz from 2001 (!!) that does not mention contraceptives or abortion at all.

Reasonable people can disagree about immigration policy. I am strongly in favor of letting more people in, but there is a case to be made for cutting back. However, if the conservative movement dilutes its other core commitments to make questionable alliances in order to push its anti-immigration agenda, it'll only lose credibility over the long run. In the war on immigration, not all is fair.

Dalmia’s chutzpah here is astounding. I reported in 2013 that Marco Rubio and his ally Mario H. Lopez of the Human Life Review were promoting the same pro-life attacks on immigration patriots—this time under the auspices of the National Immigration Reform, which was funded by pro-abortion Ford Foundation and George Soros’ Open Society Foundation. I thought that was the height of hypocrisy.

But Rubio and Lopez are at least pro-life themselves. Dalmia, in contrast, describes herself as an “atheist, and a supporter of abortion rights,” [Why is the Left Not Cheering For a Mom's Right to Keep Her Meager Subsidies?, Reason, July 8, 2014] and has even inveighed against bans on late term abortions [How the Pro-Life Movement Endangers the Unborn, Reason, May 19, 2015].

Of course, Dalmia should be laughed off. But gullible and/or opportunistic Cuckservatives are endorsing her. Neil Stevens of Red State declared that National Review must “Dump Krikorian” to ensure that it maintains its hard earned respectability status. At the same time, he echoes Dalmia’s claims that he supports the “movement to secure the border, and restore fairness and law-and-order to our immigration policies.” His concern is that Krikorian is a “Trojan Horse” to the conservative cause. [National Review is getting one thing badly wrong on immigration, May 17, 2016].

But despite Stevens professed support for securing the borders, searching his archive for immigration articles shows nothing but concern trolling immigration patriots with articles like

(This last is a reference to Jason Richwine, whose presence at CIS and as a National Review blogger Dalmia also Point-and-Splutters at. Reason should change its name to Emotion.) Conservatism Inc. has a budget of literally billions dollars of year. The major immigration patriot organizations have a budget of just a few million, much of it from small donations, and yes, many erstwhile liberals. If Conservatism Inc. wanted to support immigration patriotism free of the most tangential ties to pro-choice activists, it would be a drop in the bucket.

But instead, Conservatism Inc. has actively supported Amnesty [e.g. Reason], or in the case of most organizations changed their position based on political expediency and the whims of their backers [e.g. Redstate].

Trump managed to win the Republican nomination over the objections of almost the entire pro-life movement by championing patriotic immigration reform. These dead-on-arrival pro-life smears show just how scared are Conservatism Inc. (and Libertarianism Inc.) of the new nationalist politics that Trump has unleashed.