It’s no secret the Obama Regime has been waging war immigration law enforcement. But in recent weeks, this war is becoming less of a metaphor and more of a brutal reality for the men and women of the Border Patrol. And as in any war, the casualties are piling up. 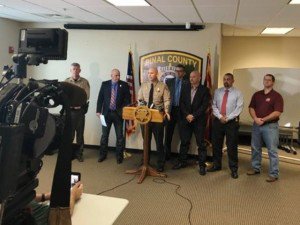 Pinal County Sheriff Paul Babeu and the National Border Patrol Council, in a joint press conference, accused the Administration of “handcuffing” the Border Patrol, forcing agents not to do their jobs [Obama Admin Handcuffed Border Patrol, Says Babeu, by Bob Price, Breitbart, March 8, 2016]. Just as police have been told to stand down in response to the Black Lives Matter movement, Border Patrol agents are being told to surrender to surging illegal immigration.

Not only are agents being told not to do their jobs, their ranks are also being decimated, quite literally. Obama’s 2017 budget calls for a 10% reduction in the number of Border Patrol agents [Reduction in U.S. border patrol agents stirs concern, by Amy Pholphiboun, KPAX, March 12, 2016]

The intent is obvious. Just as the end of proactive policing caused crime to increase in cities from Baltimore to Chicago, handcuffing the Border Patrol and slashing its numbers will cause illegal immigration to increase. And that’s precisely what is happening [Illegal Immigration Jumps For Third Straight Year Under Obama, by Stephen Dinan, Washington Times, October 9, 2014].

However, the malevolence of the Obama Administration goes beyond simply enabling illegal immigration. It is actively endangering its own officers. Recent reports indicate attacks on Border Patrol Agents and Customs and Border Protection Officials are increasing, even as their own uses of force have declined:

Customs and Border Patrol officers and agents employed “use of force” tactics fewer times in FY 2015 than the year before even though assaults against officers increased slightly, new government data reveal.

According to a Customs and Border Protection report released Tuesday, CBP officers and agents used force 26 percent less over the past year compared to FY 2014 but experienced a nearly 5 percent increase in the number of assaults on officers.

While the use of force declined the number of assaults on officers increased slightly, bucking a three year trend that saw such altercations declining since FY 2011 when there were 675 assaults. FY 2015 was the first year since FY 2011 to experience an uptick in assaults, up to 390 from FY 2014’s 373 assaults.

[Use Of Force By Border Officials Declines, Assaults On Officers Tick Up, by Caroline May, Breitbart, October 13, 2015] 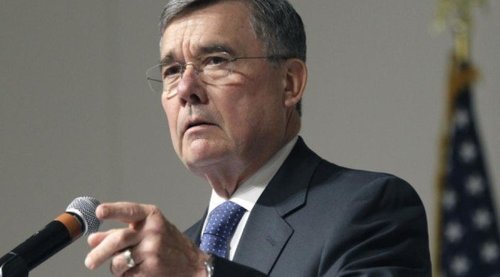 Indeed, Customs and Border Patrol Commissioner Gil Kerlikowske declared he is pleased with this development. As quoted in the same article:

“The data, which reflect the application of use of force by U.S. Border Patrol agents, CBP officers, and air interdiction agents, show a 26 percent reduction in the number of use of force incidents. This reduction is especially significant considering that assaults against agents and officers have essentially remained steady,” Kerlikowske said in a statement.

Of course, CBP Commissioner Gil Kerlikowske is also pressuring Border Patrol agents to quit if they don’t like enjoy watching illegal immigrants mock American laws. [Top Border Chief To Agents Who Object To Obama Amnesty: ‘Look For Another Job’, by Stephan Dinan, Washington Times, March 1, 2016]For this reason, among others, he should be impeached.

But it’s not just Kerlikowske. Even as Border Patrol agents are undermined and attacked, the Main Stream Media is now piling on with caterwauling about how agents should no longer be allowed to defend themselves from invaders who attack them with rocks:

In a report completed this week, a former Baltimore police commissioner and Justice Department official found a Border Patrol policy allowing agents to shoot their firearms based on the threat of a thrown object “highly suspect.”

“Virtually all thrown objects fail to meet the ‘Imminent Peril’ standard to justify use of deadly force, and in such circumstances, officers are trained to take evasive or defensive action, not escalate the encounter with gunfire,” Thomas Frazier wrote in his report, a copy of which was shared with Reveal. “In my experience I have never heard of, and do not know of, any law enforcement agency that considers a thrown projectile as per se ‘Deadly Force.’” 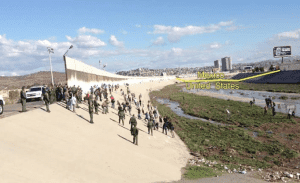 Let’s leave aside the self-discrediting absurdity of a police commissioner from Baltimore, of all places, lecturing us on how law enforcement should be have. “Rocking” attacks can injure, maim, and kill. Such attacks have even ">brought down helicopters. Border Patrol agents have faced down crowds of hundreds of people throwing deadly weapons at them. [Border agents pelted in San Ysidro border crossing confrontation, CBS Channel 8 San Diego, November 25, 2013]

Only a few days ago, one of “Homeland Security’s highest priority fugitives” was finally detained after allegedly assaulting a Border Patrol agent with a rock described as the size of a “softball.” Martel Valencia-Cortez was seen smuggling 14 illegals into the Untied States when he was confronted by an agent. The agent fired his weapon after being struck by the rock, but Valencia-Cortez was not hit.

What is the suspect’s background?

Valencia-Cortez has been involved in numerous human smuggling incidents dating to 1997, at times carrying a gun and eluding arrest by resorting to violence and dangerous acts, including wrong-way driving on freeways, according to federal authorities.

Not surprisingly, the demoralized Border Patrol, which receives no backing from its own supposed leaders, is now facing a corruption crisis, which is being called a “national security threat” [Report: Border Patrol corruption is a ‘national security threat, by Shawn Price, UPI, March 15, 2016]. But as we’ve reported before, much of this corruption is being done by Hispanic agents. Implementing a culture of surrender and Political Correctness is unlikely to solve this problem.

At least some Border Patrol agents seem to understand their own government is gunning for them. Shawn Moran, a vice president of the Border Patrol union, reacted harshly to claims his agents should receive more scrutiny when it comes to defending themselves:

“Are agents supposed to hesitate and not defend themselves because someone set up an arbitrary threshold above which someone will be scrutinized?” Moran said in a telephone interview from San Diego.

“All this is going to do is further demoralize agents and create a disincentive to agents to go out there and do their job,” he said.

Of course, that’s the point. And it’s no coincidence Moran’s comments could have been echoed by any police officer in any major city in America.

The point of President Obama’s administration is to wage war against the Border Patrol agents and police who protect the United States of America.

And once resistance is broken, Obama’s “fundamental transformation” of America means nothing less than replacing the historic American nation with a new Third World people.