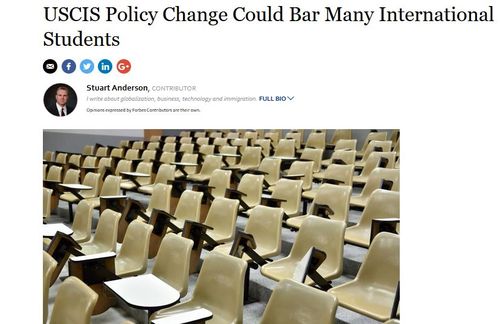 Back To The Future: Clinton Deep Stater Paul Virtue Resurfaces To Defend His Sabotage Of Immigration Law

Being an insider is not always a happy lot.  You know what the American people do not: what goes on in the federal bureaucracy, and how bureaucrats and political appointees misuse tax dollars. Recent stories about the attempted coup d’etat by the intelligence community and the Democratic Party illustrate the principle.

But the Deep State’s attacking a duly elected president isn’t the only example.  Sometimes, the Deep State connives with the president, and I am not referring to the Obama-led attempt to sway the election, or his executive implementation of the failed DREAM act, which amounted to an administrative amnesty.

Because of my post in the immigration enforcement bureaucracy, I can tell VDARE.com’s readers that President Obama wasn’t the first to simply ignore immigration law. That honor belonged to President Bill Clinton, assisted by immigration lawyer Paul Virtue, then general counsel for the Immigration and Naturalization Service.

Before telling you about Virtue, some background on what Congress was doing in those days.

In 1996, it passed and Clinton signed the 1996 Illegal Immigration Reform and Immigrant Responsibility Act, an attempt to clamp down on immigrant welfare use, visa violators and illegal immigration. New rules would punish illegal aliens who entered the United States using a nonimmigrant visa, meaning a temporary visitor’s visa, and violated its terms with forbidden activities or overstaying the period of admission. The bill also created expedited removal, meaning immediate deportation without a hearing in the immigration courts.

The Clinton Administration immediately began slow-walking expedited removal, abandoning a powerful weapon against illegal aliens. So illegal aliens—whom I believe now number about 20 million—continued flooding the country. Had expedited removal been fully implemented, many of those illegals would not be here.

Of course, the public knew nothing of it. The Main Stream Media ignored it, as did the Republican Party that wrote the legislation. The bill was boob bait for bubbas.

But Slick Willie wasn’t the only problem. His immigration chief, Doris Meissner, helped, along with saboteurs, again, in the bureaucracy. Enter Paul Virtue—who validates my warning to President Trump about a core cadre of Deep State resistance to his immigration policies.

The memorandum is a thick jungle of federal officialese, but it boiled down, Virtue and his supporters explain, to the difference between “violating status” and being “unlawfully present.” Suffice it to say, his legal legerdemain made deporting certain nonimmigrants, whatever their reason for being here, extremely difficult.

Two decades later, Virtue has been back in the news defending his legal witchcraft and administrative coup d’état. Or should we just call it a war on the Constitution and the Historic American Nation?

Virtue recently resurfaced in an interview—better yet, a puff piece—in Forbes, where he explained the push-back against Trump and his counterrevolutionaries, who would overturn Virtue’s unconstitutional lawmaking.

A new U.S. Citizenship and Immigration Services (USCIS) memo, described as “an abrupt, radical departure from more than 20 years of policy guidance” by one education group, may result in many international students who unknowingly violate their immigration status from being barred from the United States for 10 years.

Of course, the Treason Bar, the Treason Lobby’s nefarious legal subsidiary, claims Virtue’s unilateral changes to policy are tantamount to the stone tablets Yahweh sent down from Mount Sinai:

“There has always been a strict distinction between violating status and being unlawfully present in the United States,” notes immigration attorney Cyrus Mehta. “One can be in violation of status without being unlawfully present. Even if an F, J and M student dropped out of school or engaged in unauthorized work, he or she would be considered to have been in violation of status but not accruing unlawful presence. This is because an F, M and J nonimmigrant is usually admitted for a Duration of Status (D/S) rather than up to a certain date.”

F, J and M designate the type of nonimmigrant visa available to students [Study And Exchange, Travel. State.Gov]. Being in “violation of status” and being “unlawfully present” are distinctions without a difference that work to the advantage of illegal aliens; i.e., anyone who is here and shouldn’t be. The terms, for all intents and purposes, are interchangeable.

An alien can be lawfully admitted to the United States as a nonimmigrant and, by doing certain things, violate his status. That violation makes him unlawfully present, an illegal alien, because he was admitted for a specific purpose. Any action, unlawful employment being the most common, terminates lawful status.

The classic example: an alien admitted with a B-2 visa, designating him a visitor for tourism, pleasure, or personal business [Visitor Visa, Travel.State.Gov]. This visitor visa category does not allow him to conduct commercial or professional business or take a job, the most common violation of B2 holders. Again, a person holding this visa is a visitor. He is not permitted to work.

Virtue and the Treason Bar claim that violating a visa’s conditions and overstaying the period of admission are two different things. By law, of course, they aren’t. Once a visa holder has violated his status, that person is an illegal alien subject to expedited removal…at least theoretically.

But Virtue injected his view into the law, where it stands today, as he proudly told Forbes.

In early 1997, I was appointed acting Executive Associate Commissioner for Programs of the Immigration and Naturalization Service (INS), with responsibility for implementing the new law. In a memorandum to INS adjudicators published on September 19, 1997, we set out our position on the interpretation of the term, “unlawfully present,” as that term related to nonimmigrants who had overstayed their authorized period of stay. (A nonimmigrant has permission to stay temporarily in the U.S.)

In the September 1997 memorandum we took the position that the expiration date of the nonimmigrant’s Arrival/Departure Record (Form I-94) represented the end of the authorized period of stay. Thus, a nonimmigrant was deemed to have commenced a period of unlawful presence on the earlier of the day following the expiration of the Form I-94 or the date of an official determination that the nonimmigrant had otherwise violated his or her status. Students (F-1 and M-1) and exchange visitors (J-1), however, were admitted not to a date certain but rather for the duration of their authorized academic, vocational or exchange program, respectively. Upon arrival, the student/exchange visitor was admitted for “duration of status” and their Forms I-94 were annotated “D/S.”

And Virtue admits his “interpretation” was not based on black-letter law, but on sympathy for a certain class of illegal aliens—foreign students who violated their visas. Their most common violation: illegal employment and losing status by not attending or enrolling in classes.

Accordingly, for reasons of practicality and fundamental fairness, we took the position that a student or exchange visitor began to accrue unlawful presence only after an official determination had been made by INS or an immigration judge that the nonimmigrant has violated his or her status. The 1997 guidance as well as many other legacy INS policies were consolidated in the USCIS Adjudicators Field Manual (AFM) in May 2009. {my emphasis]

But “practicality” and “fundamental fairness” are extra-legal interpretations of a straightforward codicil of the law—unlawful presence—that strike at long-standing immigration policy. That policy? An alien who violates his status is subject to immediate arrest and deportation because the violation itself creates unlawful presence.

But Virtue claims he can categorically ignore a foreign student’s violation of immigration law.  Sounds like Obama’s administrative amnesty.

Virtue’s “practicality and fundamental fairness” was Deep State sabotage of immigration enforcement and a free pass for foreign students and other visa holders to violate immigration law without consequence.

So Paul Virtue was the archetype for today’s Deep State’s saboteurs.

That’s one reason it’s good to see patriots in the USCIS, such as its director, L. Francis Cissna, who is leading the charge to defeat them and adhere to Constitution’s the rule of law.