As Alabama Goes, So Could Go The Nation—If DC GOP Elite Had Guts

While the Main Stream Media celebrates the Inevitable End of the Republican Party in the Age of Obama, Southerners are quietly executing a plan that could easily work for the GOP/ Generic American Party nationwide. The Sailer Strategy is already in full swing in Alabama—and the result is one-party Republican rule. It's not surprising the Yankee press up North or from the Left Coast doesn’t like Dixie.

How complete is Republican victory in Alabama? Well, state Republicans have been joking for years that, with all the insane liberal nonsense the Alabama Democrats spew, it's high time somebody just stepped in and “cut their water off.”

The joke became a lot funnier when the Democratic Party admitted they are indeed going to have their water cut off.

The Alabama Democrats are headed by one 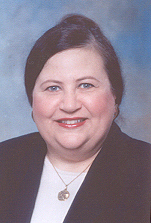 Worley stepped in to take over the shattered Democrat Party in the wake of the previous chairman who departed rather hastily (see below).

In an unintentionally amusing press statement, Worley said the water company told her to pay the Party's delinquent bill at headquarters within 24 hours, or it "would cut off her water."

Bank drafts from Party donors have been cut off and diverted to a new organization formed by the former Party chairman. The landlord for the Party's headquarters has asked them to leave due to non-payment of the rent. The Party's credit cards have been maxed out and canceled. And Democrat headquarters appears to have fallen prey to a burglar, having been efficiently stripped of property, including computers, cell phones, and paper. [The Alabama Democratic Party: "We're broke, broke, broke." by Charles J. Dean, AL.com, May 13, 2013].

The Democratic Chairman preceding Worley: Mark Kennedy, an erstwhile justice on the Alabama Supreme Court who is married to George Wallace's daughter Peggy Sue. He has been accused of stealing the resources of the Democratic Party to start his own organization. (See below again). His presence on the Dramatis personae list raises this production to near-Shakespearean status.

This looks like it's going to be one of the leading cultural events of the season—and admission is free.

But while I and my conservative cabal watch these developments with mirthful Schadenfreude, it’s just one facet of a monolithic fact—apparently not noticeable from Washington, but refreshing the whole of Alabama like a cooling, refreshing shadow.

Here are the election results in 2012—when Mitt Romney’s consultants, remember, spent $1 billion and still succeeded in losing to Barack Obama:

And that is not all. In this race-hypersensitive state, potentially the most consequential thing is shown in the tables below—not the Republican vs. Democratic results, but the black vs. white results.

Note that among the Democrats in the state Senate, there are only 3 whites with 8 blacks. In the House it's 12 whites and 26 blacks. Combining the House and Senate numbers, it's 15 whites to 34 blacks. In terms of percentages, the white-to-black ratios among the Democrats in the Senate, House, and the combination of the two, are 27/73, 31/68, and 31/69, respectively.

Meanwhile on the Republican side there are no blacks either in the Senate or in the House. In other words, in both the House and the Senate, the black members constitute the majority of the Democratic representatives.

Combining these statistics with the fact that the governor and all statewide officers are white Republicans, the conclusion cannot be disputed: In Alabama the Democratic Party is the Black Party and the Republican Party is the White Party.

Alabama’s underlying psephological reality in a nutshell: in the 2012 Presidential election, whites cast 68% of the votes (n.b. comparable to New York) but they went 84% for the GOP. [CNN Exit Poll] Nationwide, the GOP got less than 58% of the white vote—and it performed much worse than that in the Northern tier of states from Maine to Oregon (where the GOP actually lost the white vote 52-48).

And already, for good or for ill, these developments are having fundamental effects on both parties.

It is clear that from now on, with exceptions where in local elections blacks constitute a majority, anyone aspiring to political office in Alabama will have to have his name on a ballot under the red, white, and blue elephant of the Republican Party.

Of course, this raises new problems. Republicans have striven for decades to "build the Party." And indeed it has swelled from the proverbial phone booth in which meetings were once held to gatherings demanding a large hall. Until recently, anyone possessing the courage and audacity to become a Republican in the Democratic South, and especially in Alabama, could safely be assumed to be an ideological loyalist.

But no more. Opportunists will certainly clamor for the Party to be "inclusive" and allow them into their councils and on their ballots.

A nearby example: former Mississippi Governor and would-be President Haley Barbour, who swiftly abandoned his Southern base to sound a more “inclusive” tone on immigration and racial issues once he was before a national audience.

If taken to its logical conclusion, this “big tent” approach could adulterate the Party so much that it would ultimately lose its raison d'être.

The solution: to screen potential candidates and deny access to those ideologically unfit.

If the Republican Party of Alabama wants to maintain its dominance, it needs to make sure that only candidates willing to run in defense of the historic American nation can be dominated. The rule has to be "liberals need not apply." They can run as Democrats, as independents, or they can form their own party.

Recently, Kennedy made a speech in the Democratic Black Belt, at Union Springs (pop. circa 3,500).

Which happens to be the village where I spent my salad days, grammar school through high school. It lies 40 miles south of Auburn, home of the von Mises Institute, and where the confused students at the institution there scream “War Eagle!” rather than the much preferred “Roll Tide!” Twenty miles south of Auburn is Tuskegee, home of the celebrated Tuskegee Airmen and the site of the much-mythologized syphilis experiment conducted by the U. S. government. Go 20 more miles south and you are in my hometown.

After The Change, the venerated Confederate soldier who had stood proudly on his pedestal in the center of the

town since time immemorial was moved into obscurity in an old cemetery. In his stead a statue of a Bird dog erected. (Union Springs is known as the "Bird Dog Field Trial Capital of the World.")

At the same time the schools collapsed, and today there are no white students in the public schools.

The local newspaper is the weekly Union Springs Herald founded in 1865, one year after the war. During the whole of my boyhood the owner, editor, and publisher was C. D. Norman who was the (Democratic) Speaker of the House in Montgomery. Today the paper has passed to black managers.

I have already said that Kennedy's Alabama Democratic Majority looks like a new party, and the editors of the Herald agree with me. Their announcement of Kennedy's forthcoming speech was headlined  Kennedy to bring new party to local people.[June 19, 2013]

But what is the division between the Democrats and this new “Democratic Majority?” Personality has much to do with it. But the subtext is race.

According to the Tuscaloosa News:

Following the disastrous 2012 election, [Kennedy] had public disagreements with party vice chairs Nancy Worley and Joe Reed about the direction of the party and its finances. Worley and Reed held sway because many members of the State Democratic Executive Committee are affiliated with the Alabama Education Association, the state teachers’ organization, or the Alabama Democratic Conference, the party’s black wing.

[ Alabama Democrats split over new strategy by Philip Rawls, May 19, 2013]

This white Democrat, married to George Wallace's daughter, is talking about reaching out to the middle class and “all Alabamians.” Meanwhile, he is confronting a state Democratic party dominated by blacks.

Even if it's not directly about race initially, events may move it in that direction.

In fact, both parties here in Alabama are roiled by race. The Republicans have built a supermajority around it. The Democrats are split by it. However, there's no guarantee the Republicans won't defeat themselves in Alabama as they have in the rest of the country. Kennedy is trying to build the same white-elite, non-white base strategy that the Democratic Party is executing nationally.

For now though, the success of the GOP in Alabama points the way to Republican survival nation-wide.

Hugh McInnish [email him] is a consulting engineer and publisher of supressednews.com