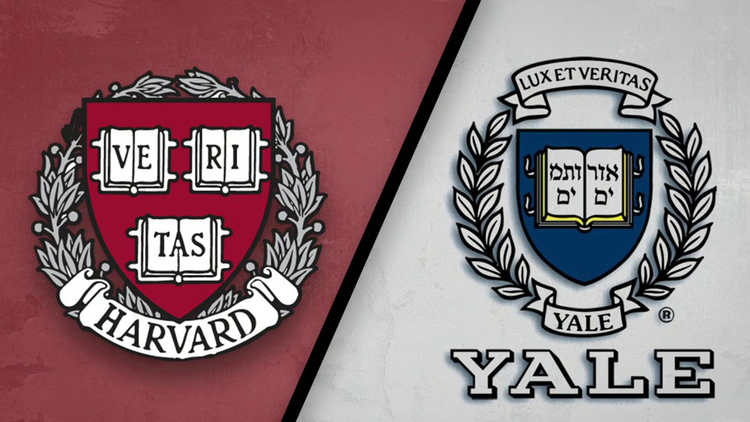 Anti-White Bias and Bigotry in Academia

A decade ago, activist Ron Unz conducted a study of the ethnic and religious composition of the student body at Harvard.

Blacks and Hispanics, Unz found, were then being admitted to his alma mater in numbers approaching their share of the population.

And who were the most underrepresented Americans at Harvard?

White Christians and ethnic Catholics. Though two-thirds of the U.S. population then, they had dropped to one-fourth of the student body. [Some Minorities Are More Minor than Others, Ron K. Unz, Wall Street Journal, November 16, 1998]

Comes now a more scientific study from Princeton sociologists Thomas Espenshade and Alexandria Radford to confirm that a deep bias against the white conservative and Christian young of America is pervasive at America's elite colleges and Ivy League schools.

Elite college admissions officers may prattle about "diversity," but what they mean is the African-American contingent on campus should be 5 percent to 7 percent, with Hispanics about as numerous.

However, "an estimated 40-50 of those categorized as black are Afro-Caribbean or African immigrants, or the children of such immigrants," who never suffered segregation or Jim Crow.

To achieve even these percentages, however, the discrimination against white and Asian applicants, because of the color of their skin and where their ancestors came from, is astonishing.

"To have the same chance of gaining admission as a black student with a SAT score of 1100, a Hispanic student otherwise equally matched in background characteristics would have to have 1230, a white student a 1410, and an Asian student a 1550."

Was this what the civil rights revolution was all about—requiring kids whose parents came from Korea, Japan or Vietnam to get a perfect SAT score of 1600 to be given equal consideration with a Jamaican or Kenyan kid who got an 1150? Is this what it means to be an Ivy League progressive?

What are the historic and moral arguments for discriminating in favor of kids from Angola and Argentina over kids whose parents came from Poland and Vietnam?

There is yet another form of bigotry prevalent among our academic elite that is a throwback to the snobbery of the WASPs of yesterday. While Ivy League recruiters prefer working-class to middle-class black kids with the same test scores, the reverse is true with white kids.

White kids from poor families who score as well as white kids from wealthy families—think George W. Bush—not only get no break, they seem to be the most undesirable and unwanted of all students.

Though elite schools give points to applicants for extracurricular activities, especially for leadership roles and honors, writes Nieli, if you played a lead role in Future Farmers of America, the 4-H Clubs or junior ROTC, leave it off your resume or you may just be blackballed. "Excelling in these activities is 'associated with 60 or 65 percent lower odds on admissions.'"

For admissions officers at our top private and public schools, diversity is "a code word" for particular prejudices.

For these schools are not interested in a diversity that would include "born-again Christians from the Bible belt, students from Appalachia and other rural and small-town areas, people who have served in the U.S. military, those who have grown up on farms or ranches, Mormons, Pentecostals, Jehovah's Witnesses, lower- and middle-class Catholics, working class 'white ethnics,' social and political conservatives, wheelchair users, married students, married students with children or older students just starting into college and raising children."

"Students in these categories," writes Nieli, "are often very rare at the most competitive colleges, especially the Ivy League."

"Lower-class whites prove to be all-around losers" at the elite schools. They are rarely accepted. Lower-class Hispanics and blacks are eight to 10 times more likely to get in with the same scores.

That such bigotry is pervasive in 2010 at institutions that preen about how progressive they are is disgusting. That a GOP which purports to represents Middle America, whose young are bearing the brunt of this bigotry, has remained largely silent is shameful.

Many of these elite public and private colleges and universities benefit from U.S. tax dollars through student loans and direct grants. The future flow of those tax dollars should be made contingent on Harvard and Yale ending racial practices that went out at Little Rock Central High in 1957.