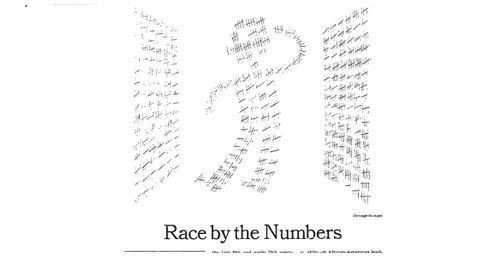 Pondering Patterson [I]: Defining Away Demography

VDARE note: we thought this was going to be the first of six articles, but Steve is still working on his conclusion.

"In recent weeks, reporting and commentary that misinterpret early census results have been persistently misinforming the nation about its ethnic and racial composition. The misinformation is dangerous, since it fuels fears of decline and displacement among some whites, anxieties that are not only divisive but groundless. … These articles and too many others have failed to take account of the fact that nearly half of the Hispanic population is white in every social sense of this term; 48 percent of so-called Hispanics classified themselves as solely white, giving only one race to the census taker. … Even with the most liberal of assumptions, there is no possibility that whites will become a minority in this nation in this century. The most recent census projections indicate that whites will constitute 74.8 percent of the total population in 2050, and that non-Hispanic whites will still be 52.8 percent of the total."

Orlando Patterson Race by the Numbers The New York Times, May 8, 2001

Orlando Patterson, a Jamaican-born Harvard professor of sociology, has been getting a lot of mileage lately out of the claim that whites are so going to remain the majority in the U.S.—because Hispanics are really white!

Although Patterson often has interesting things to say, this assertion is obviously wrong on a factual level. No doubt the majority of the Hispanics that Patterson runs into at the Harvard Faculty Club are of pure Spanish descent. Perhaps Patterson vacations in Miami, where Castro exiled Cuba's wealthy whites. But to take this 48% number seriously, you have to be as oblivious to Latin American racial patterns and attitudes as our Census Bureau is.

Patterson is peddling the dubious Census numbers because, as with many politically centrist blacks, he is offended by Hispanics horning in on affirmative action:

The other influence on perceptions of who is "white" originates among the so-called Hispanics. For political and economic reasons, including the benefits of affirmative action programs, the leadership of many Hispanic groups pursues a liberal, coalition-based agenda with African-Americans and presses hard for a separate, unified Latino classification. This strategy is highly influential even though nearly half of Hispanics consider themselves white. For African-Americans, the nation's major disadvantaged minority, these tendencies are problematic, although African-American leaders are too shortsighted to notice. Latino coalition strategies, by vastly increasing the number of people entitled to affirmative action, have been a major factor in the loss of political support for it.

I'm sympathetic to his general argument. The Nixon Administration's 1973 creation of a large "Hispanic" pressure group out of disparate nationalities such as Mexican, Puerto Rican, and Cuban is turning out to be one of the subtle disasters in American history.

Patterson's reading of the political dynamics, however, is cockeyed. Few opponents of racial quotas have even noticed that Hispanics are eligible for preferences.

Consider this: It's bizarre that legal immigrants who choose America - presumably warts and all - are often legally preferred for jobs and college admissions over native born Americans who were born into a country they didn't choose. And it's absolutely ludicrous that employers can use illegal aliens to meet the racial quotas they must fill to avoid being sued by the EEOC for not employing enough Hispanics. Yet, how often have you ever heard anyone complain about that? No, almost all the moral arguments about affirmative action, pro and con, revolve around African Americans.

On the other hand, the supposedly unstoppable rising tide of Hispanics plays a huge role in politicians' calculation over whether to oppose quotas. Standing athwart the path of history, yelling "Stop!" is not part of the job description of the modern Republican office holder. The voters of both California and the state of Washington, two quite liberal states, recently outlawed quotas, but you haven't seen many Republican politicians jumping on the anti-quota bandwagon lately, now have you?

The Republican Establishment (Motto: "Who you gonna believe? Us or your lying eyes?") constantly talks about how socially conservative Hispanics really are once you get to know them. Yet, it acts as if Hispanics are utterly allergic to much of the traditional conservative social agenda, such as opposition to quotas.

NEXT: OK, How White Are Hispanics?