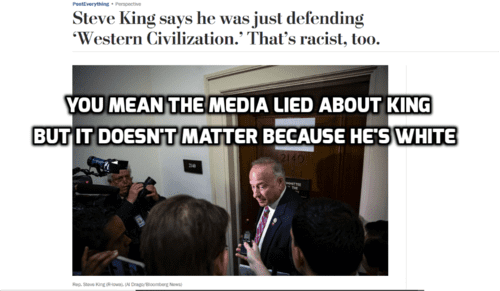 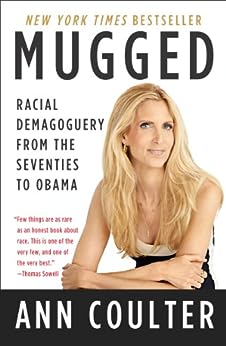 By finally returning to the issue that won him the election, President Trump once again has a winning hand. That's why we're hearing so much about "white supremacy" this week.

So, naturally, the media have turned to their larger project of relentlessly trying to discredit conservatives as "white supremacists."

Unfortunately for them, apart from a few crackpots—whom I assume exist in a country of 320 million people—there are no "white supremacists." There were white supremacists 50 years ago, and they were all Democrats. (See my book Mugged: Racial Demagoguery from the Seventies to Obama.)

Today, "white supremacy" is nothing but a comfortable fantasy the left developed to explain its sick preoccupation with white people.

Talk about a manufactured crisis! The same people who love to snicker about Fox News viewers worrying about Sharia law sweeping the country are convinced that mythical "white supremacists" are hiding under every bed.

The whole concept is bogus. In my life, I've encountered a number of white people—some of them are my best friends. I've never heard any of them suggest that whites should rule over other races. None of them has argued that a substandard white person should get a job over a more competent person just because he's white—you know, what every other group openly advocates for itself.

There is a whole swath of journalists who have decided that instead of investigating relevant news, they will spend their time doing oppo-research on prominent conservatives, hoping against hope to call them "racists."

This week, Newsweek's Nina Burleigh ("I'd be happy to give (Bill Clinton) a b---job just to thank him for keeping abortion legal") casually asked to interview me about "white identity politics." 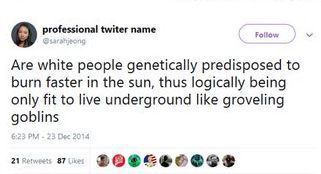 I have nothing to do with "white identity politics." I don't know anyone who knows anyone who even knows what that means. (Nor do I know anyone who's seen a copy of Newsweek in at least a decade.)

When will we get around to talking about the media's actual hatred of whites?

Last year, the New York Times hired Sarah Jeong, a Korean journalist who has posted such venomous anti-white tweets as:

There's no question but that such racist attacks would never be tolerated toward any other group. Jeong never apologized and happily took her seat on the Times' editorial board. 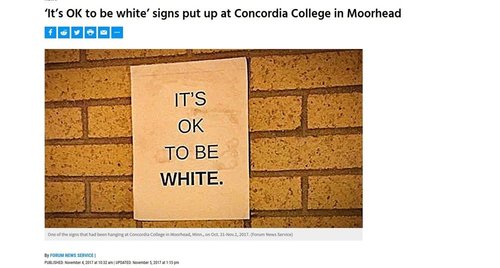 Our cultural institutions regard the statement "It's okay to be white" as hate speech. Colleges instigate investigations whenever signs with that phrase appear on campus. Second-graders in this country are being indoctrinated into "white privilege" ideology.

Eventually people get tired of the left's fixation on "white people"—the gratuitous dumping on Western civilization, the incessant sneering about "old white men," and the nonsense about "white privilege," as if every white person knows every other white person and is greased into jobs and promotions.

Any references to white male accomplishments are merely defensive. 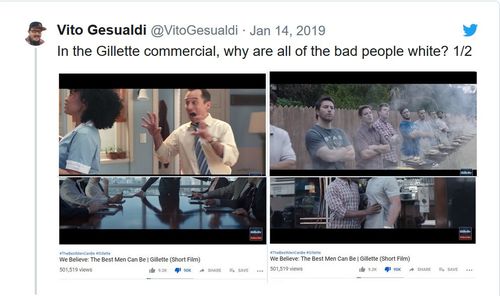 Consider the current Gillette ad, "We Believe: The Best Men Can Be" (after the board of directors rejected the more accurate title, "ANNOUNCEMENT TO SHAREHOLDERS: WE'RE FOLDING THE COMPANY"). The ad shows only white men harassing women—and being corrected by minority men.

As long as they brought it up, every culture in the universe is galaxies more misogynistic than Western European culture. The ad should have been titled, Hey, white America, you've got to stop doing the things that everyone BUT you does.

When other groups talk about themselves, they instantly go to: We rock, we're awesome! Only the descendants of white Western Europeans are not allowed to be proud of their culture.

There is still casual racism, and that should be quickly and severely condemned. Iowa Rep. Steve King, for example, was fanatically obsessed with vindicating a white defendant accused of, first, murdering a half-Pakistani woman, and, second, falsely accusing a Congolese man of the murder.

Except King never did that. Newsweek's Burleigh did, writing an entire book in defense of alabaster-white Amanda Knox, after she was convicted of the brutal murder of her half-Pakistani roommate—later overturned—and also convicted of falsely accusing an innocent Congolese man of the crime, for which she served four years.

Liberals could never, in a million years, survive the standard sof "racism" applied to conservatives.

Even famed defense attorney Alan Dershowitz said that the only reason journalists defended "Foxy Knoxy" was that "she's pretty and she doesn't look like she did it and Americans care about what people look like. She's the all-American young woman and we don't care about the evidence."

If you want to know about white supremacy, Nina, interview yourself. After that, maybe you can learn your maid's name.

I'm getting back to the subject you desperately don't want to discuss: How uncontrolled low-skilled immigration is slaughtering our working class—white, black and brown.