Look What Happens When You Say "It's OK To Be White"

"Introduce a little anarchy. Upset the established order, and everything becomes chaos. I'm an agent of chaos. Oh, and you know the thing about chaos? It's fair!" - Joker, The Dark Knight

SBPDL NOTE: It's coming! Because We Live Here: The Paul Kersey Anthology! Secure your signed copy by contacting us at SBPDL1@gmail.com. A $25 donation gets you a signed copy!

Who could have thought five words would have the ability to disclose the real perception our elite have of judging all people by the content of their character, when they clearly believe whiteness is an unforgivable sin of which no indulgence is available for the punishment they have planned for us.

Long, long introductory sentence for the "It's okay to be white" phantasmagoria haunting public and private schools across the United States and Canada, but the hostile reaction by our elite to this seemingly jejune declaration illustrates just exactly the endgame of those 'combatting whiteness' seminars will be for us. 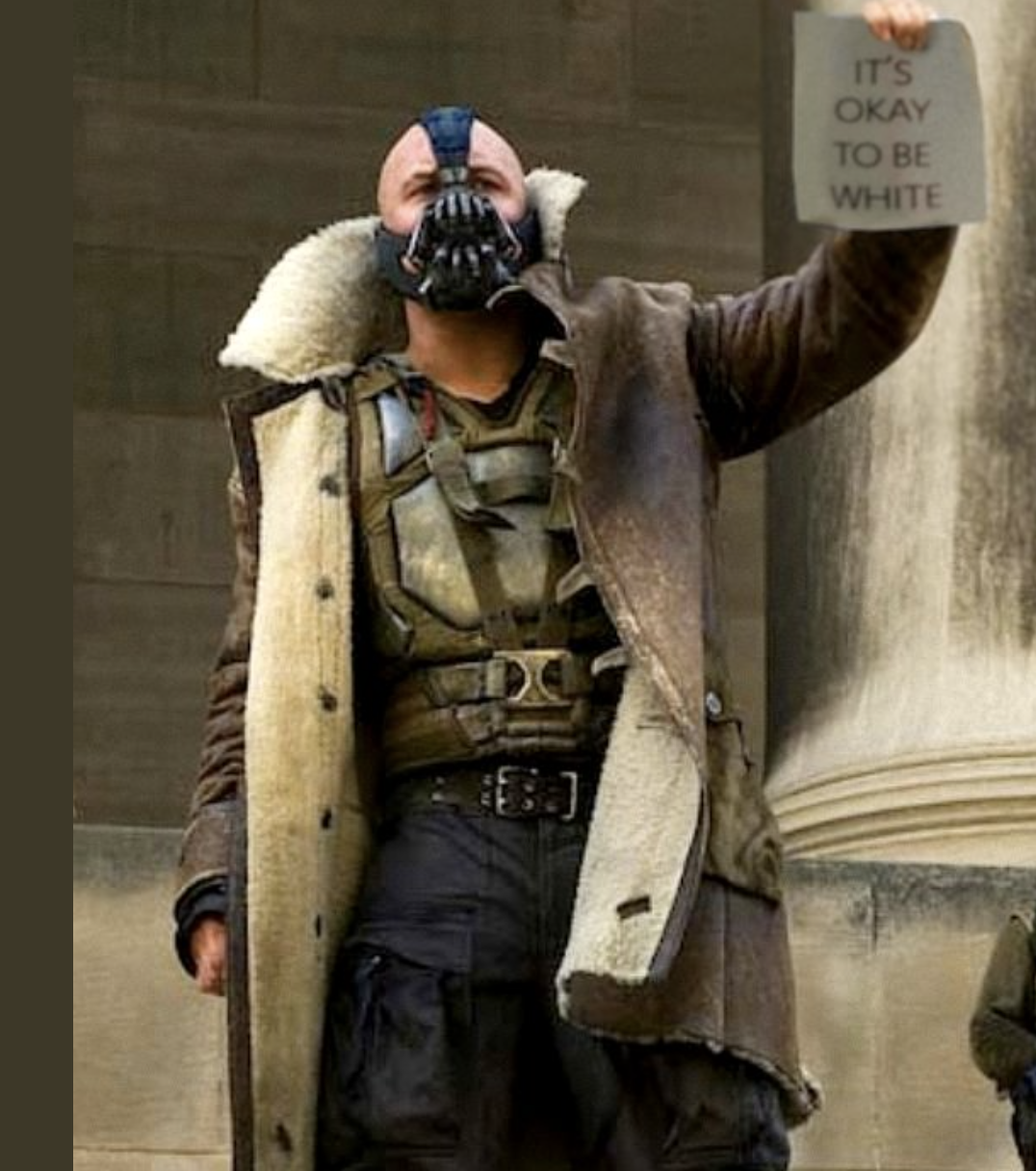 Those who can see have known for a long time the reality of our situation, but the reaction to "It's okay to be white" poster - almost 100 years to the date of the Bolshevik revolution in Russia - helps illustrate exactly how our elite view a panacea to the problem of whiteness.

‘It’s okay to be white’ signs and stickers appear on campuses and streets across the country, Washington Post, November 3, 2017

Posters proclaiming “IT’S OKAY TO BE WHITE” have been appearing on college campuses and on city streets across the country this week, prompted by an anonymous chat-room comment that suggested the message would feed social unrest and sway white Americans to far-right ideologies.Since Tuesday, the posters have been spotted in Rocky River, Ohio; at Concordia College in Moorhead, Minn.; at Tulane University in New Orleans; at Montgomery Blair High School in Silver Spring, Md.; around college-campus rich Cambridge, Mass., including the Harvard Yard and at the University of Alberta in Canada. In most cases, schools and cities have pulled the posters down, but the message has continued to spread in images and hashtags across Twitter and other social media platforms, even prompting a related Know Your Meme entry detailing its Internet origins and cultural backstory. The signs began as a suggestion on the online chat space 4chan last month, a kind of Internet prank laced with ennui and cynicism about race and white identity in modern-day America.

Only in a world where the infection of the concept of "white privilege" has spread like a plague virus could an innocuous sign reading "It's okay to be white" become one of the primary stories driving the corporate media cycle in both the USA and Canada, but that's where we find ourselves.

Let's look at the reaction at one school in Minnesota, where the teaching of "white privilege"  is more or less a religion:

‘It’s OK to be white’ signs put up at Concordia College in Moorhead, TwinCities.com, November 3, 2017

Concordia students said the whole “plan” goes against the diversity message at the school associated with the Evangelical Lutheran Church in America.

Senior Micah Ferden said, “(I) was really shocked that someone had the guts to do this because we try to promote diversity so much and seeing this is saying ‘Hey, we still have students who aren’t fully invested in this diversity message.’ ”

Minority students said it appears the community still has a long way to go.

“I just realized how much hate is going on. We live in a world without love, and it’s crazy. I thought this was the last place I would see that, but apparently it’s happening,” said Moshe Mekori, a sophomore.

In revolutionary times, a simple prank becomes the ultimate form of probing of the enemies true motivations, revealing their most sacred position for which they unite around.

For us, living in the paradigm of Black-Run America (BRA), it's not okay to be white.

The whole concept of the "It's okay to be white" fliers may have been a joke, but the laughing being done right now is by those who have toiled away trying to show just how anti-white our elite are, and how every action they participate in is one designed at eroding our ability to unite.

And in this uniting, ultimately throwing off the chains of diversity they hope will not just represent the machinations for tyranny, oppression and persecution, but our annihilation.

It's Okay to be White represent five words combined to elicit a prescribed response, and our elite has just shown their hands. They seriously operate under the guiding principle of 'treason to whiteness is loyalty to humanity'.

Anarchy for the established order...