Ann Coulter: Trump Has The Authority To Ban Immigrants—Senate GOP Needs To Get OUT OF THE WAY!

Americans thought electing a trash-talking billionaire reality TV star to the presidency of the #$%^ United States would finally be enough to convey the message that they hate both political parties. If anything, they hate Republicans more.

But the Uni-Party can't learn. The bureaucracy, the judiciary and congressional Republicans are all openly working for the "Resistance." It's President Trump against the world.

In Congress, the hate for Trump is personal. Not only did he throw a grenade into politicians' little do-nothing club, but his very existence destroys their self-conception as people with a set of skills.

While Trump was making billions of dollars building skyscrapers, developing golf courses and starring on a hit reality TV show, members of Congress were slowly working their way up the political ladder—interning at think tanks and congressional offices, taking some small government job, then running for the House or Senate, and, hopefully, marrying a woman with a large inheritance. 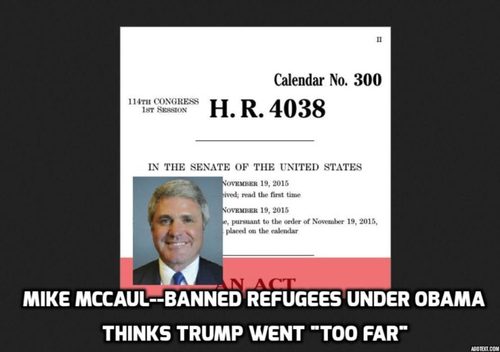 A stunning number of senators and congressmen are supported by rich wives—Sens. John McCain, Mitch McConnell, Richard Blumenthal, John Kerry and Ron Wyden, and Reps. Michael McCaul, Scott Peters and Paul Ryan, to name a few. Is there any other profession with as high a percentage of men sponging off their wives' inheritances?

Then a self-made billionaire came along, violated all the rules they had lived by, and swept aside more than a dozen experienced politicians just like themselves! Not only did Trump make his own money, but he beat them at the one thing they thought they knew how to do. 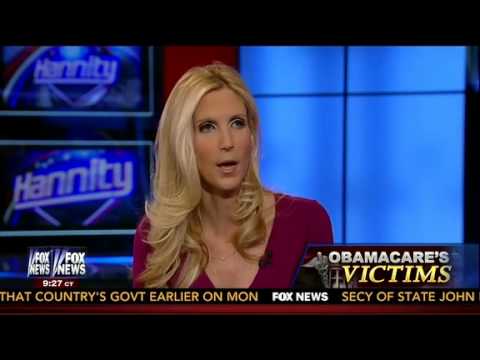 These useless Republicans allowed a Senate seat to be stolen from under their noses in Minnesota in 2008, giving Obama the vote he needed to pass Obamacare and destroy our health care.

No, don't investigate that! Why bother with the very foundation of democracy? How will these nitwit politicians win praise from The Washington Post without devoting all their energy to some current leftist fetish, like Russia?

At least when liberals fixate on Russia, they have a clear subversive mission.

Congressional Republicans are just nincompoops. The only thing they know is: Imitate Reagan—from 30 years ago. It would make more sense for Republicans to demand that all air traffic controllers be fired for no reason than it is for them to keep treating Putin like it's 1950 and he's Stalin. (We know Putin isn't Stalin because Democrats aren't affectionately calling him "Uncle Joe" and spying for him.)

If senators have time for hearings on Flynn's discussions with the Russian ambassador, could they possibly squeeze in an afternoon to repeal Obamacare? 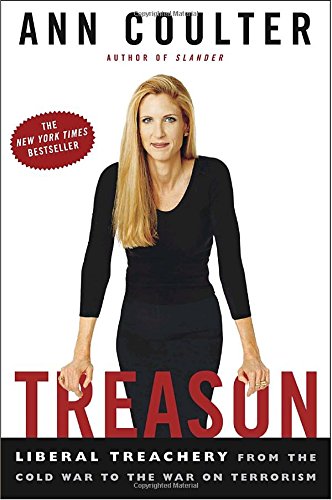 How about the campaign pledge that rocketed Trump to the White House? According to The Washington Post, at the GOP retreat last month, when Trump talked about using tax policy to help pay for the wall, Republicans expressed "confusion about what exactly he meant."

Are they retarded? (By "they," I mean all Republicans in Congress, except Sen. Tom Cotton and about a half-dozen others.)

If Republicans had an ounce of self-respect, right after repealing Obamacare and writing a bill taxing remittances to make Mexico pay for the wall, they'd be impeaching the ridiculous Judge James Robart. Even lawyers who oppose Trump's travel ban agree that Judge Robart made a complete ass of himself when he blocked the executive order.

The "Resistance" claims to be terrified that Trump will not be constrained by our Constitution, but they're the ones who are perfectly willing to disregard the Constitution simply to stop Trump.

At least since the Chinese exclusion case of 1889, the Supreme Court has made blindingly clear that "the power of exclusion of foreigners" belongs to the political branches of government: Congress and the president—not to the judiciary.

The president's authority to exclude aliens in the public interest has been reaffirmed in dozens of cases since then. Among them:

There are lots of constitutional questions that reasonable people can disagree about. Whether the president can exclude foreigners from seven terror-prone countries is not one of them.

But congressional Republicans are happy to ignore the Constitution, ignore the balance of powers, ignore written law, even to relinquish their own constitutional authority and let the courts run our foreign policy, just to be a part of the establishment's STOP TRUMP movement.

Instead of neurotically fixating on Russia in some fantasy camp imitation of Reagan, circa 1982, what we'd like these worthless Republicans to do is: Imitate Trump—circa now.