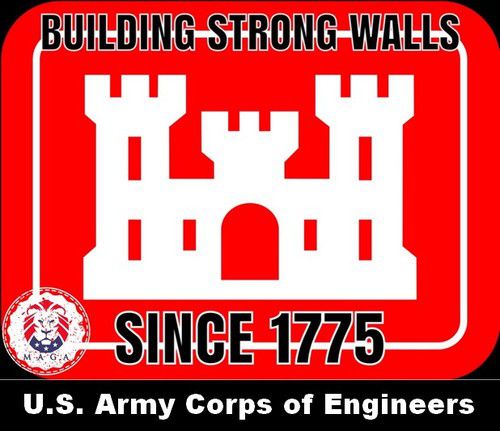 It's great that members of Congress have located specific legislative language permitting the president to build a border wall, but I'm wondering: Has anybody read the Constitution?

"(The president) shall take Care that the Laws be faithfully executed."

With millions of foreigners illegally pouring across our border, it sure looks like the laws are not being "faithfully executed." I wonder if the COMMANDER IN CHIEF has any authority to stop it.

Congress was given power to "declare war," but not to "make war," for the precise purpose of stalling the march to war. It was a selling point that the legislative branch takes forever to do anything.

But we had a country to protect, so the Constitution gave the energetic, fast-moving president the authority to deploy the military defensively.

As Duke University constitutional law professor H. Jefferson Powell put it in his 2002 book, The President's Authority over Foreign Affairs: "(T)he president has a constitutional responsibility, independent of any act of Congress ... to preserve the physical safety ... of the United States against foreign threat."

(Powell, who served in both Barack Obama and Bill Clinton's Department of Justice, is probably wishing he never wrote that, now that Trump is president. Too late! You can't disavow facts.)

Here are excerpts from the minutes of the Constitutional Convention on Aug. 17, 1787, when the framers deliberated the government's war powers:

"Mr. (Charles) Pinckney opposed the vesting this power in the Legislature. Its proceedings were too slow. ...

"Mr. (Roger) Sherman thought it stood very well. The Executive shd. be able to repel and not to commence war. ...

"Mr. (Oliver) Ellsworth. ... (I)t shd. be more easy to get out of war, than into it. War also is a simple and overt declaration. Peace attended with intricate (and) secret negotiations.

"Mr. (George) Mason ... was for clogging rather than facilitating war; but for facilitating peace. He preferred 'declare' to 'make.'

We've come a long way from the founders' vision for America, as put by John Quincy Adams: "(America) goes not abroad in search of monsters to destroy. She is the well-wisher to the freedom and independence of all. She is the champion and vindicator only of her own. ..."

Since World War II, presidents have repeatedly flung our troops all over the globe without a declaration of war from Congress. It's evidently the commander in chief's job to be starting wars thousands of miles away from us, but outrageous for him to defend actual Americans living in America.

We have fought what look like "wars" in Korea, Iraq and Yugoslavia—all on the president's say-so, with little or no congressional involvement, least of all a declaration of war.

This is the precise opposite of the Constitution's words, framework and intent.

But today, it's considered perfectly normal that U.S. troops are fighting in 14 countries that most Americans couldn't name, while our border is wide open.

You can say that illegal aliens streaming across our border is not a "military invasion," but, as even George W. Bush recognized after the 9/11 attack: We are in a new kind of war now.

This is not the Franco-Prussian War, fought with colors and feathers, but a war of "lone wolves" and millions of civilians breaking into our country and harming our citizens.

Who can say with a straight face that the importation of tens of millions of Latin Americans has not changed the character of our country, the safety of our people and the economic prospects of so many of our fellow countrymen?

By the way, what, precisely, is the "military purpose" of building schools in Djibouti? How about building walls, schools, bridges, hospitals, roads and water purification systems in places like Vietnam and Iraq?

Our military did that!

The U.S. Navy Seabees and Army Corps of Engineers have built all kinds of non-military infrastructure in, among other places, Djibouti, Vietnam, Iraq, Afghanistan, the Philippines, Bangladesh, Somalia, the Congo, Cambodia and Grenada—even in little Micronesia (population: 100,000).

A couple of years ago, an American sailor who had just helped build a school in Ban Nong Muang, Thailand, was proudly quoted in Seabee Magazine: "My recruiter told me to join the Seabees. He said they build schools in foreign countries for kids."

The U.S. military does these things in other countries but, we're told, can't build a wall in our own.

At this point, our only hope may be for the border states to secede from the Union and form their own nation, so that we can send troops to build them a wall. They could call their new country "YouMustGoBackistan."

Democrats and the media (and 90 percent of Republicans) believe the president has the authority to use the military to build walls, schools, hospitals and water purification systems—anywhere but here.

They believe the president has the authority to bomb innocent Syrians because Ivanka cried.

The one thing they say the commander in chief cannot do is deploy the military in defense of the United States of America.