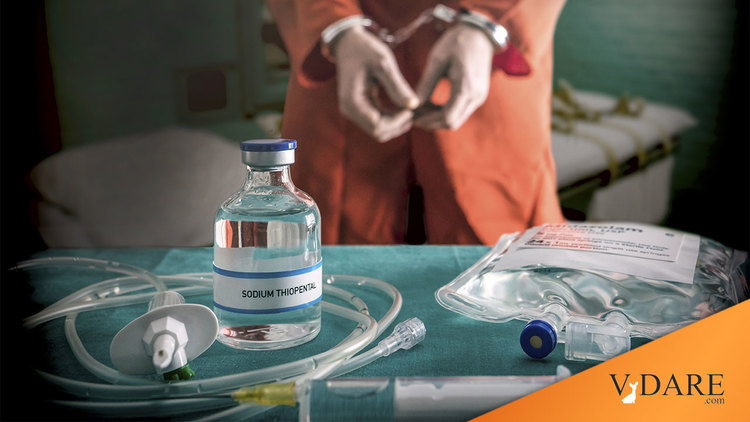 Earlier: Lockett & Load: What The “Botched Execution Guy Did To Get (Finally) Executed 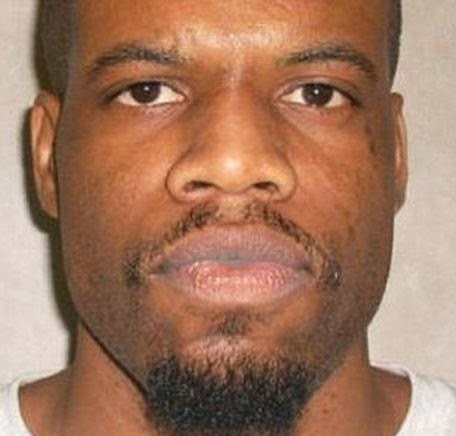 As described in last week's column, The New York Times and other sanctimonious news outlets censored details about the crime that put Clayton Lockett (right) on death row, the better to generate revulsion at his deserved execution. You might say they buried the facts alive.

For example, the Times neglected to mention anything about the raping that preceded the murdering, which seems odd for a newspaper so consumed with the "War on Women." (At least Lockett never refused to pay for a woman's birth control pills!)

The Times also dropped the part about Lockett's dangerous behavior while incarcerated, such as ordering hits on the witnesses against him, his threats to kill prison guards, and the bounty of homemade weapons seized from him in prison—saw blades, sharpened wires, shivs and shanks. [Oklahoma Brief Against Clemency PDF] (Old Times motto: "All the News That's Fit to Print." New Times motto: "Nobody Likes a Rat.")

The newspaper also failed to report that Lockett had ended up in an adult prison by the age of 16 and then was convicted of four more felonies before committing the torture-murder of Stephanie Neiman that sent him to death row.

No, that information might distract from the Times' florid descriptions of Lockett's execution.

Bless their hearts, they gave it their all, but even the Times could not make Lockett's "botched" execution sound particularly grisly. Here is the paper's full, terrifying description:

"According to an eyewitness account by a reporter for The Tulsa World, Mr. Lockett tried to raise himself up, mumbled the word 'man,' and was in obvious pain. Officials hastily closed the blinds on the chamber and told reporters that the execution had been stopped because of a 'vein failure.' But at 7:06, the inmate was pronounced dead of a heart attack." [State-Sponsored Horror in Oklahoma, By The Editorial Board, April 30, 2014]

HE RAISED HIMSELF UP? WHAT KIND OF COUNTRY ARE WE???

Actually, I'm not that horrified. It sounds as if he suffered a bit, which is nice, and he's dead, which was the objective of the whole enterprise.

You want horrifying? Imagine a 2-inch baby being chopped up with scissors. That can't feel great.

Since Rachel and the Times are such big fans of partial-birth abortion, would they mind if we took a gigantic pair of scissors, jammed them in the back of Clayton Lockett's head and let his brain slide out? Let's get Kermit Gosnell working again!

Or how about giving the citizens of Oklahoma the right to choose an acid bath for condemned murderers? We'll submerge people like Lockett in a tub filled with burning fluid until he's mostly disintegrated and can be flushed down the toilet. (If it's low-flow, flush twice.)

Which reminds me: Would the Times ever give as detailed a description of an abortion as it does for the execution of a remorseless killer? The odds are pretty high that the baby isn't even a rapist/murderer.

Opposition to the death penalty has nothing to do with compassion. Liberals weeping for murderers have zero compassion for an innocent baby trying to escape an abortionist's cranioclast. Their dead earnestness about monsters like Clayton Lockett is solely designed to demonstrate how virtuous they are.

It will come as a surprise to the sort of person who works at the Times, but there are lots of people who don't go through life trying to prove they're better than everyone else. They don't think to themselves: Listen to NPR? Check. Got the kids into a fancy preschool? Check. Now, what's that little extra for experts? ... Defend depraved murderers! Check!

Manifestly, these death penalty hysterics do not care about the victims of crime. But they don't really care about the killers, either. Their only objective is to increase their self-esteem.

This is why liberal arguments against the death penalty are always circular. It's not about logic; it's about their conception of themselves.

Then they all turn around and complain when crummy substitutes fail to produce nice, peaceful exits for heinous murderers. (You know—like they gave their victims.)

It's exactly like the left's complaint that the death penalty "costs too much."

Q: Why is it so expensive?

A: Because we sue, drag the cases out forever with endless appeals and require states to spend millions of dollars on legal costs.

How about we cut the Euros and lefty activists out of the execution process altogether with a voluntary firing squad? It's quick, it's effective and the whole community gets to participate!

The state could run ads in newspapers giving detailed accounts of the condemned man's crime—all that stuff The New York Times frantically hides from its readers—and then ask: "Would you be interested in being assigned to his firing squad?"

I know I'd volunteer. Having read the truth about what psychopaths like Clayton Lockett have done, I'd pay for the opportunity, especially if they promise my gun won't have a blank.