Ann Coulter: First Duty Of The Press—Make It About Race!

Earlier: Biden: "BLM Protesters Would Have Been Treated More Brutally"—Wait, What? and What White Privilege? Remembering When Capitol Police Took a Knee to Black Lives Matters Protestors

Why can’t liberals ever just let Trump hang himself? Isn’t what he’s actually done bad enough? No, the media always have to punch up the story, layering lie upon lie, until normal people are forced to say, I don’t want to defend the guy, but that didn’t happen. 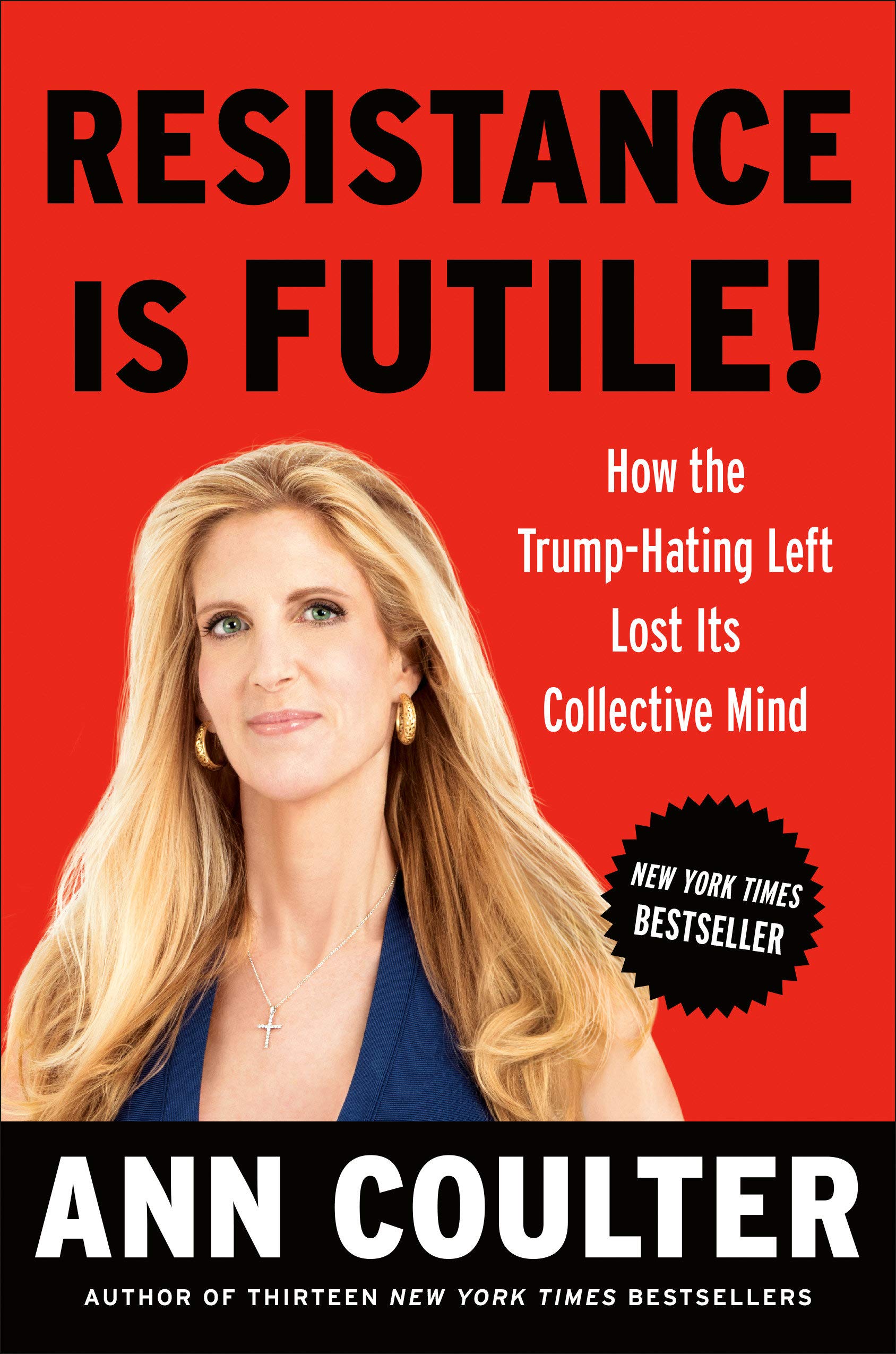 This was the whole point of my book Resistance Is Futile, written at the outset of the Trump administration:

“[M]y advice to the Resistance is: Get Trump on the worst thing he’s actually done, and stop running off with Wouldn’t it be great if he raped and murdered a nun? You’re right: If Trump had done that, he would be finished, done, put a fork in him. Unfortunately, he hasn’t committed that particular crime.”

Even after a mob of Trump supporters stormed the Capitol on Jan. 6, the media felt the need to pile up the false accusations.

Their first order of business was to turn it into a story about race.

The Trump riot has as little to do with race as any story in 21st-century America. COVID, immigration, tax cuts, the stimulus—I could come up with a racial angle for any of those.

Your assignment: Make the siege at the Capitol a story primarily about race relations.

You, a normal person, one week later: I’m stumped.

But to our media, the main point to be made about the riot was: Can you imagine what would have happened if black people had done that?

An unarmed Trump supporter crawling through a window at the Capitol was shot dead. Please name the black protester killed by the police throughout 2020’s incessant BLM riots, lootings and arsons. He’d already be on a postage stamp.

During the 2015 BLM riots in Baltimore after a heroin dealer, Freddie Gray, died in the back of a police van, the mayor announced that she was giving “those who wished to destroy space to do that as well.”

If you look at a mob storming the Capitol to protest Biden’s certification as president and immediately think, This is a story about black people!, you’ve got racism on the brain.

Oh like she would have gotten if it she were black. I don’t think so!

Does anyone seriously believe that the prize would have been awarded if the discovery had been made by Black Lives Matter?

Can you imagine Denver intentionally running up the score like that on a white team?

I’m beginning to suspect that conservatives are the only people who were genuinely appalled by Trump supporters storming the Capitol. The left’s consistent reaction has been: OK, what do we have to do to make it look bad?

It must be awkward to have to work up a high dudgeon about the Capitol protest after spending half of 2020 saying “mostly peaceful” protests were OK, even if beyond the “mostly” there was a lot of arson and looting.

SOLUTION: A riot is not bad unless it can be denounced as “racist.”

Liberals were indignant with Sen. Tom Cotton for saying Trump should send in troops to restore order during the George Floyd riots. His New York Times op-ed making this point was slapped with a disclaimer from the editors that’s nearly as long as the original column.

Today, there are more troops on patrol in D.C. than in actual war zones.

But, this time, instead of calling the militarization of our nation’s capital “fascist”—as the Times’ Michelle Goldberg dubbed Cotton’s proposal—the very presence of troops is cited as proof of how awful the Jan. 6 riot was.

Liberals have got to learn that their neuroses are not proof of their opponents’ perfidy. The hysterical deployment of more than 20,000 troops to Biden’s inauguration says something about them, not the rioters.

Similarly, cable news has been featuring Democrats giving long, emotional TV interviews describing their fears during the storming of the Capitol. I was afraid they’d kill us all!  What if they’d started lynching senators? They could have taken hostages! I fully expected a mass shooting. I thought the building would collapse on top of us! What if they’d had a nuke?

Oh my gosh! What did they actually do?

They broke four windows, took selfies and threw papers on the ground.

How many people died?

The “Your Neurosis Proves My Malfeasance” argument is a specialty of the feminists. If I wasn’t sexually harassed, then please explain why I gained 30 pounds? You want proof that Trump is a monster? I can’t sleep at night! Do you want to see my psychiatrist’s bill?

No, no! We believe you! But it’s not evidence that anyone did something bad to you. Your mental anguish comes in during the penalty phase, not during the guilt-finding phase.

The winner of the “You want proof? My skin has broken out!” argument was this NBC headline last week: “Some Democrats in Congress are worried their colleagues might kill them.”

The raid was disgusting, appalling, sickening, but it’s not a license for concocting imaginary accusations. Trump is bad. The thugs who stormed the Capitol are bad. You don’t need to manufacture evidence against them, media.