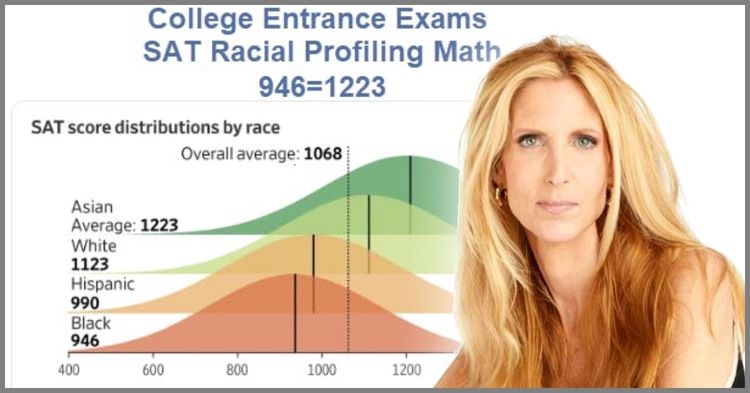 Earlier by Ann Coulter: “We'll Tell You Who's Privileged”

I gather it would be proof positive of “white nationalism” to point out that the only group discriminated against in college admissions is white people.

We’ve heard a lot about discrimination against Asians lately, which reminds me: Asians are SO lucky they’re not white! Otherwise, America’s leading hate group, the Southern Poverty Law Center, would be churning out reports on the worrying rise in Asian Supremacy.

In fact, however, a recent study by Georgetown University (probably White Nationalist), funded by the Bill and Melinda Gates Foundation (presumed hate group), found that if colleges admitted students based solely on SAT scores, every single ethnic group would decline, except one: whites.

Yes, even fewer Asian students would be admitted on an SAT-only admission standard. (I presume this is because Asians have better GPAs than white students.)

Obviously, this was NOT the purpose of the study. I’m pretty sure it was supposed to ferret out some small pocket of racism that had somehow passed undenounced. But when the only race being discriminated against turned out to be whites, the study was locked in a lead casket and dropped to the bottom of the sea.

This isn’t a new phenomenon: The New York Times was writing about it 30 years ago. In the late 1980s, whites were about 62 percent of California’s high school graduates, but constituted only 45 percent of those admitted to its universities. As a university official told the Times, “Whites are the only group underrepresented.”

Today, the Times would be tracking down that official to make sure he was fired. 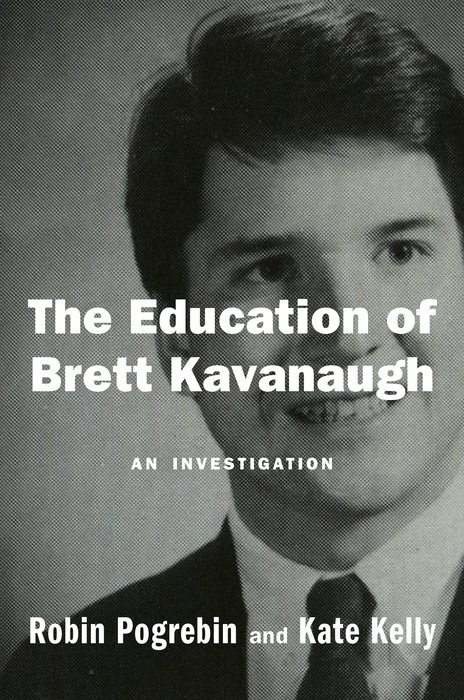 The lie of “white privilege” is treated as an implacable fact throughout our cultural institutions, no matter how manifestly absurd it is. Thus, in the discredited book “The Education of Brett Kavanaugh,” authors Robin Pogrebin [Tweet her] and Kate Kelly [Tweet her] act as if a half-Puerto Rican girl entering Yale in the 1980s deserves a place in the civil rights pantheon along with the Little Rock Nine.

[If it seems like that is the only New York Times article I’ve read this year, it practically is. Every counterfactual, hateful, lunatic impulse of the left was contained in that single book excerpt, so it’s all you need.]

The authors write: “Yale in the 1980s was in the early stages of integrating more minority students into its historically privileged white male population. The college had admitted its first black student in the 1850s, but by [Debbie] Ramirez’s time there, people of color comprised less than a fifth of the student body."

How many POCs do Pogrebin and Kelly think should have been at Yale? According to the U.S. Census, the country barely reached 20 percent minority by the end of the 1980s. By miraculous coincidence, the ethnic composition of the Yale student body matched the country exactly. It’s almost as if the university was basing admissions on strict ethnic quotas!

In 1987, the year Ramirez and Kavanaugh graduated from Yale, Jesse Jackson led hundreds of protesters in a march on Stanford University chanting “Hey hey ho ho! Western Civ has got to go!”

The following year, the Times reported on a decades-long assault on the accepted canon of great literature as merely the choices of “elitist” “white men.”

If Ramirez had applied to Yale Law School after college, she would have had a five times better chance of being admitted than a white applicant like Kavanaugh—simply because she had one Puerto Rican parent.

This is based on a massive study of law school admissions in the 1990s conducted by Linda F. Wightman—again, intended to prove the opposite of what it actually did prove. Her study fell into the hands of Stephan Thernstrom, who analyzed the data, and his results were published in the New York University Law Review in 1998. (WHITE SUPREMACISTS, ALL!)

With the same grades and scores, Puerto Ricans were 5.3 times more likely to be admitted to a top-tier law school like Yale than a white applicant. Every ethnic group except whites got a boost—African Americans, Asians, Mexicans, Puerto Ricans and “Other Hispanic.” The more prestigious the law school, the stronger the preferences.

To every color in the rainbow coalition: YOU’RE NOT BLACK! Affirmative action is supposed to be for the descendants of American slaves. See? We owe them something. Nobody else. Without the legacy of slavery, affirmative action is just institutionalized anti-white racism.