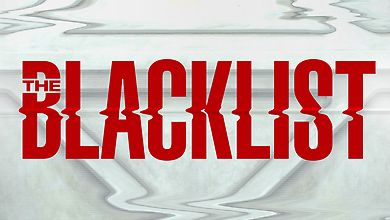 “Alias Me”—How VDARE.com Rescued Me (And You!) From The Politically Correct MSM Clique

I signed the back of the check with one hand: “Mark Rust,” and on the next line added,

Then, with the other hand, I signed,

Had I used the same hand to sign both names, it would have immediately become evident that “Mark Rust” and “Nicholas Stix” were the same man. (Not that I was doing anything illegal!)

I went through that ritual at least a dozen times between 1993 and 1999. I wish I could say I did it more, but I was only so useful to the local dailies and national magazines—the New York Post, Daily News, Chronicles and The Weekly Standard—for which I was using pseudonyms. Some other places for whom I wrote pseudonymously didn’t pay, and sometimes they didn’t even print what they’d chased after me to write!

I’d come to New York City from West Germany in 1985, planning to become a millionaire philosopher. That hadn’t quite panned out.

In 1990, while employed as a full-time social worker, I also produced the first of three issues of A Different Drummer, a political literary magazine I conceived of during grad school, and used its title as a stepping stone into New York City journalism.

New York Newsday was by far the most radical leftwing paper in town, but it was also the only one that actively solicited and published submissions from local nobodies for its “Urban I” op-ed feature. To borrow from Chicago pol Abner Mikva, I was the ultimate “nobody nobody sent.”

When in March 1990, NYN published my essay about working as a foster-care caseworker with racist, violent, black parents, my boss (of a new job—not as a foster caretaker) immediately canned me and, I found out later, resolved to blacklist me.

I kept sending in submissions, all “on spec,” i.e., with no obligation on the paper’s part, and in early 1991, NYN published another, a quintessentially Jewish New York piece about an encounter with an obnoxious, black panhandler, “Beggars Can be Schmoozers.”

In the piece, I echo my old grad school logic professor, Michael Levin, who argued that since 25% of black men ages 20-29 were convicted felons then under the supervision of the criminal justice system (in jail, prison, or on probation or parole), one was justified in crossing the street to avoid them.

In response, NYN published a sophomoric essay by a black, CUNY Baruch College sophomore who suffered from toxically high self-esteem. He smugly lectured Levin that the black man he avoided on the street was a potential friend.

NYN stifled my reply and all my best pitches were suddenly DOA. Op-ed editor Ken Emerson would respond, “No light’s going off, Nick.”

I managed to get in one more piece with NYN, but only by pulling a string. My big sister was friends with another NYN op-ed editor, Annette Fuentes, and through her, it published my essay on the “death sentence” the media had levied on my Brooklyn community, Bensonhurst, ostensibly due to the 1989 murder of black teenager Yusuf Hawkins, but actually because of the MSM’s murderous hatred of working-class whites.

NYN promoted the essay on its table of contents inside the cover, but welshed on paying me my $150 fee.

Never underestimate the role of pettiness in human affairs.

After months of chasing after my fee, I got my $150 only by suing the paper in Small Claims Court. NYN’s attractive, tall, blond, gentile lawyer denied that I’d been blacklisted, and invited me to submit again.

Which I did. But not as Nicholas Stix.

I got an old friend from grad school to let me use him as a front—you know, the way those poor, genocidal, Communist millionaires like Dalton Trumbo had done during the 1950s?

I used my buddy’s address and telephone number. And who was I? Nicholas Stix had a working-class, staccato, Jewish New York, intellectual voice that was so distinctive that a lawyer I’d never met recognized me over the phone from having heard me on a radio call-in show. By contrast, “Mark Rust” was an upper-middle-class homosexual with a diffident (no lisp), slow, low voice. (I was an old amateur stage actor.)

My (“Rust’s”) essay, “We Don’t Need Another Hero,” about a racial turf battle between black Rev. Calvin O. Butts in Harlem and rappers, was typical of my work in those days.

And so, I became a man of multiple identities.

Journalism is so bad in America because it’s dominated by the anti-white Left, while the alleged Right is made up of hollow men. On top of that, as a West German said to me of mainstream journalism over 30 years ago, “Das ist ja alles Beziehungen.” (“It’s all connections.”)

NYN went out of business 20 years ago, the Daily News veered radically to the left in the 2000s, and the once fearless Post has been trimming its sails in recent years. The “Overton Window” is so narrow that, front or no front, I can’t write in New York City anymore.

Thankfully for me and my babies, who like to eat, there’s VDARE.com, which I discovered for myself in 2000, and have read ever since.

VDARE.com Editor-Publisher Peter Brimelow has been publishing my work for over 11 years. I don’t have to call up Peter using a fake voice or fake name, or triangulate so much in my writing that my point is completely lost.

The only problem is that he wants me to write ever-shorter manuscripts. (You’ll talk to him, right? Something like, “You have to publish longer articles by Nicholas Stix!”)

Please support VDARE.com as generously as possible. I thank you—and your posterity will, too.