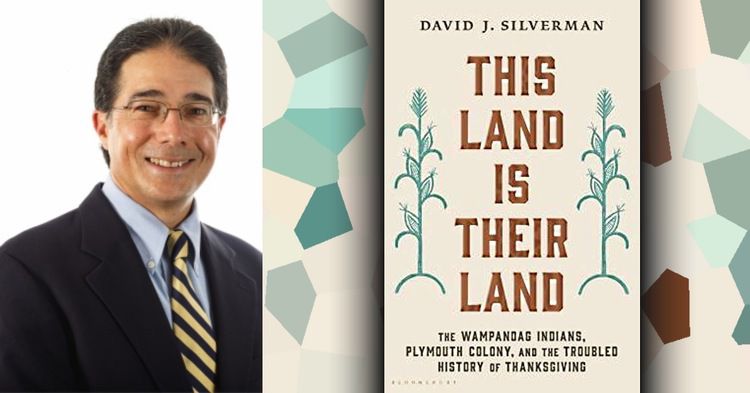 Earlier: Ann Coulter On The War On Thanksgiving: Thanksgiving For Dummies ... Sorry, I Mean College Professors!

VDARE.com readers already know that Trump is right—there is a War on Thanksgiving, despite what the Daily Beast says.[Fox News Backs Trump’s ‘War on Thanksgiving’ BS He Got From Fox, by Justin Baragona, November 27, 2019]

See Happy Thanksgiving: We Know There's A War On Thanksgiving, Because SALON Has Denied It!

According to Leftists everywhere, in the words neocon extraordinaire Max Boot, Trump's claim of a 'war on Thanksgiving' is absurd—but also sinister.”[Washington Post, November 27, 2019]. This war has been afoot for a long time, but here’s a look at the latest fronts in a war to which the Left is absolutely committed but to which Conservatism Inc has turned a blind, politic eye—before Trump.

This year in the War on Thanksgiving, academics and activists are doubling down on the idea that Thanksgiving is a symbol of colonialism and oppression, specifically the oppression of Native Americans. The deconstruction of the tale we were all taught as children—that Thanksgiving was a holiday celebrating the peaceful interaction of two cultures and peoples—is growing stronger every year.

Both The College Fix and Campus Reform have a steady stream of articles every year high-lighting the campus roundtables and seminars deconstructing the traditional American Thanksgiving. This year, Brittany Slaughter of The College Fix reports that Montana State University, The University of Oregon, Indiana University of Pennsylvania, and Missouri Southern State University all hosted events to teach students how to “de-colonize” Thanksgiving. Thus in an article on Medium, St. Mary’s University professor Lindsey Wieck [Email her] has written a guide for “Decolonizing Thanksgiving” in the classroom. The article presents a “toolkit” for woke parents, helping them change curriculum at their children’s schools that presents an un-woke historical view of Thanksgiving:

[Decolonizing Thanksgiving: A Toolkit for Combatting Racism in Schools, November 11, 2018]

Wieck’s ”toolkit” includes sample letters for parents to send to their children’s’ teachers, and sample curriculum to substitute, for example: “Ten Ways to Make Your Thanksgiving about Social and Environmental Justice,” by Eve Bratman (2016), and Border Crossers, “A Racial Justice Guide to Thanksgiving for Educators and Families.”.

Efforts to “decolonize” the education of schoolchildren are ramping up in local communities, not only among radical teachers, but community activists as well. For these activists, like New Haven’s Lauren Anderson, it’s important that we “take down immediately cutesy Pilgrim cartoons, along with anything else that perpetuates myths of White innocence and miseducates children by helping obscure deeper truths about US history” [Thanksgiving, Reconsidered, by Lauren Anderson, New Haven Independent, November 21, 2019].

There are even efforts to push legislation that would enshrine this anti-racist curriculum as a mandatory part of education in public schools. The Huffington Post’s latest article advice for how to be a good “ally” to “Native Americans” on Thanksgiving also includes advice for changing the curriculum of local schools. [6 Things Every Non-Native Should Do On Thanksgiving, by Brittany Wong, November 27, 2019]

The University of Oregon’s anti-Thanksgiving event, entitled, “Thanks But No Thanks-giving: Decolonizing an American Holiday,” stated in its event description that “Thanksgiving is, foundationally speaking, a celebration of the ongoing genocide against native peoples and cultures across the globe.” The event was co-sponsored by several departments within this publicly-funded university, including the Division of Student Life, University Counseling Center, Division of Equity and Inclusion, and Center for Multicultural Academic Excellence.

In other words, American taxpayers are funding this higher-ed attack on the founders and settlers of their country.

The academic media darling of this year’s Thanksgiving news cycle is George Washington University History Professor David J. Silverman, pictured right. His new book, out just in time for Thanksgiving, is This Land Is Their Land: The Wampanoag Indians, Plymouth Colony, and the Troubled History of Thanksgiving.

Describing this “Thanksgiving Myth,” Silverman says, “They hand off America to white people so they can create a great nation dedicated to liberty, opportunity and Christianity for the rest of the world to profit. That’s the story—it’s about Native people conceding to colonialism.”

Silverman’s book is really making the rounds of the elite media, with features in The New Yorker, Smithsonian.com, The Daily Beast, the New York Times (a November 27  Silverman op-ed titled The Vicious Reality Behind the Thanksgiving Myth) The Atlantic, etc.

Paradoxically, Salon.com featured an interview with Silverman about his book in a simultaneous attempt to prove that the “War on Thanksgiving” was a myth. [Diamond & Silk decry alleged liberal war on Thanksgiving: "Don’t tell us what we can and cannot eat",  by Matthew Rozsa, November 8, 2019]

The purpose of spreading the narrative of “evil American colonialism” is pretty clear: to create a generation, and eventually an entire nation, of “educated” and self-loathing whites who will cooperate in efforts to wipe out their own heritage.

A good example of this: recent efforts at the University of Notre Dame by a group of activist students to “decolonize” the ND curriculum. Among the demands of the “End Hate at ND” group is the demand to “Decolonize Academia” by eliminating the white male authors who dominate the curriculum in order to “eliminate the violence of only privileging white scholarship.” [ Notre Dame students demand to read fewer white male scholars, by Ellie Gardey, The College Fix, November 25, 2019 ].

This is where the attacks on the Historic American Nation through the narrative of “colonialism” ultimately lead: to an elimination of our history, literature, and philosophy throughout our most influential institutions.

But a new cultural front in the war on Thanksgiving might be more surprising: food blogs and websites.

This actually makes a certain sense; after all, what is Thanksgiving primarily about, in a world where we no longer think of ourselves as having a cohesive American identity? Food. So this line of attack has a broad cultural effect, since it reaches ordinary people who are interesting in reading about food, recipes, and perhaps the history of certain cuisines.

Notably this week, Bon Appetit featured on its website and social media a feature story on “indigenous chefs and activists,” and how they navigate Thanksgiving. [3 Indigenous Chefs Talk About What Thanksgiving Means to Them, by Priya Krishna, November 25, 2019]

What’s notable about this approach is that it appears innocent—a feature about chefs who try to cook the food of their ancestors—but ultimately smuggles an anti-American message into its content. The New School’s university student newspaper is up front about this new approach to condemning the holiday of Thanksgiving: In “How to Decolonize Your Diet, Just In Time For Thanksgiving,” [By Gabriella De Gracia, The New School Free Press, November 26, 2019] we’re told that “A diet that cuts out post-colonial ingredients is gaining attention in social justice circles.”

The War on Thanksgiving is ultimately a war on the founding stock of the American nation.

This year, eat some turkey, give thanks for our Founders—and remind your family of the true meaning of Thanksgiving.

Hedley Wight [Email him] has a PhD in Conservatism, Inc, and a Masters in the Alternative Right..