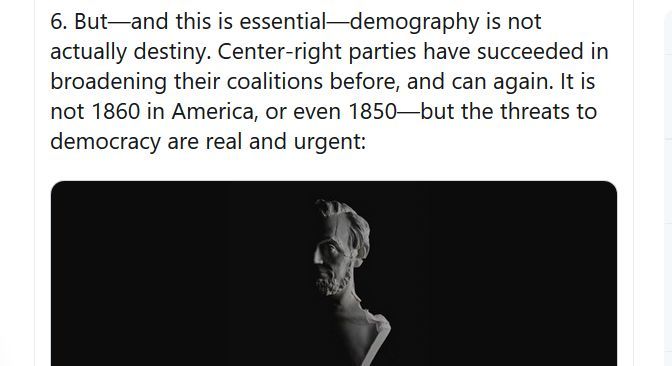 Yoni Appelbaum In THE ATLANTIC: "How America Ends"

In The Atlantic, “Ideas” editor Yoni Appelbaum explains at vast length how the Republicans are trying to “rig the electorate” by not acquiescing to the Democrats’ attempts to rig the electorate through the immigration of Democratic-leaning foreigners.

How America Ends
A tectonic demographic shift is under way. Can the country hold together?

It’s basically a sententious and utterly un-self aware version of an iSteve parody. Yoni’s bottom line: the GOP must go back to the winning immigration strategy of John McCain and Paul Ryan. Would Yoni Appelbaum lie to his good friends in the Republican Party?