Will Wendy Bell Get Her Job Back For Correctly Predicting Mass Shooters near Pittsburgh Were Black?

Wendy Bell, a TV news anchor in Pittsburgh, got fired earlier this year for the well-established offense of Talking While White.

Offense? Speculating that the perpetrators of a backyard shooting in a black neighborhood that left five people dead were... black.[ Wendy Bell Sues TV Station for Firing Her Because She’s White, by Ny MaGee, EurWeb.com, June 22, 16 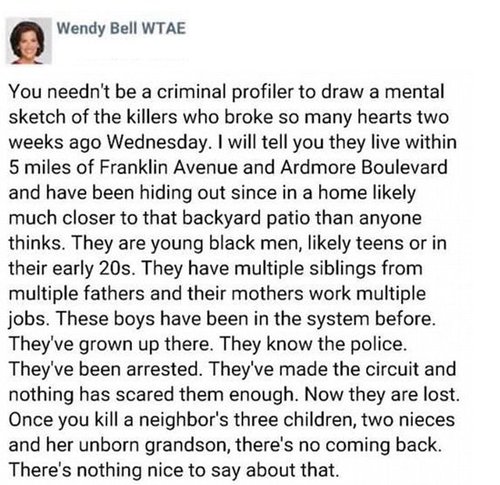 She also posted a weird post-script about how hopeful she was about the black condition generally because, while out to dinner, she spied a young black person was zipping around the restaurant working up a sweat balancing loads of plates.

Ahem. With that, she has certainly committed, from a race realist perspective, the crime of deducing the unquestionable success of the black race because of one hard-working restaurant worker.

I groan under the weight of this one: blacks are no different from whites, every other white person wants to say, because there was a black guy in my fraternity/Army unit/whatever who was a real great guy, so there.

And yeah, you can see why the anti-racism crowd saw this as patronizing—she's sipping her cocktail while the house slave scurries around, and "Oh dear, I do prefer the house Negroes to the field ones, don't you know?"

Anyway, she regained some respect in my eyes by firing back with a lawsuit, alleging (correctly) that she was fired because she was white. Go, girl.

And most recently, it turns out she was exactly right about who committed the shootings: 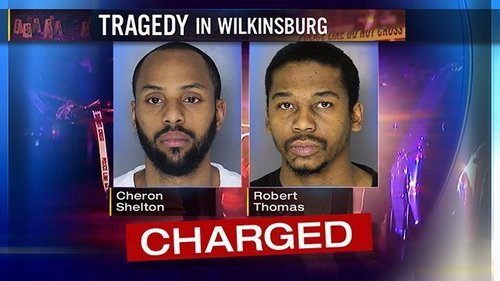 Sadly, for whites, truth is never a defense. Or an offense.