Why Was Justin Trudeau "Silent" On Trump Fighting The Rioters? Because In 1970, His Father Put Canada Under Martial Law Over 1 Kidnapping, And 1 Murder

There's a thing I keep seeing about Justin Trudeau being "silent" for 20 seconds when asked about Trump fighting back against the rioters, possibly with military force:

Canadian Prime Minister Justin Trudeau fell silent for more than 20 seconds during a press conference Tuesday, after he was asked what he thought of US President Trump forcefully dispersing protesters and calling for military intervention on Monday https://t.co/o4KRfXtLsh

He did not actually criticize Trump:

During the lengthy pause, Trudeau appeared uncomfortable. Expressions shifted across his face as he seemed to consider his response, before ultimately side-stepping the question.

"We all watch in horror and consternation what's going on in the United States. It is a time to pull people together, but it is a time to listen. It is time to learn what injustice is, and it continues despite progress over years and decades," he responded during his daily press conference Tuesday from Ottawa.

For the benefit of the modal MSM reporter, who is about 25, graduated from journalism school, and knows nothing about modern history, Justin was probably paralyzed momentarily by wondering if he dared criticize the use of military force against civilians because his own father declared martial law under Canada's "War Measures Act" over the entire country of Canada over one murder and one kidnapping, organized by the Front de libération du Québec.

Below, Canadian soldiers with FN-308s and Sten guns patrol in 1970. 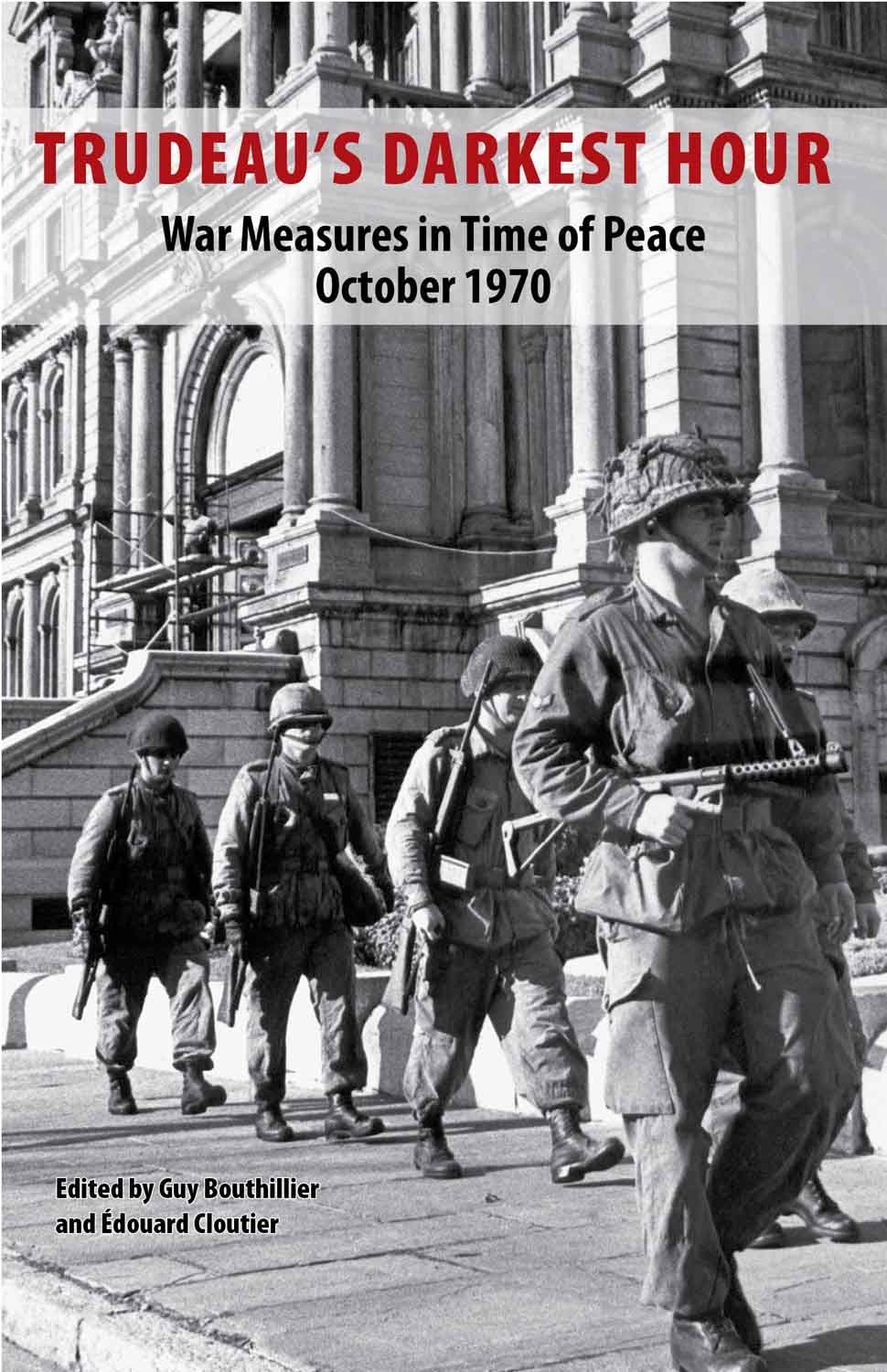 This was considered, at the time and since, as a massive overreaction. The FLQ in its entire career did about 160 bombings, but they were mostly symbolic, blowing up Canadian mailboxes because they had "ER" on them, for Elizabeth Regina, I.E., the Queen.

They killed a total of eight people, ever, but in the "October Crisis," they kidnapped two, and killed one.

James Cross, a British embassy attaché, was released unharmed, and Pierre Laporte, a Quebec government minister, was strangled with the chain of a religious medal around his neck.

In an Anarcho-Tyranny note, while the Quebec and Federal police rounded up about 450 separatist activists on suspicion, and released most of them without charge, a process memorialized in the Quebec movie Les Ordres, the actual killer of Laporte, a man named Paul Rose, was sentenced to life imprisonment...and paroled 11 years later, returning to Quebec politics.

Pierre Trudeau, of course, was either famously or infamously (if you don't like murder) as responsible as anyone for the abolition of capital punishment in Canada and the subsequent murders.

But when asked at the time of the War Measures Act if he was going too far in suppressing Canada's civil liberties, he didn't fall silent, he said "Just watch me!"