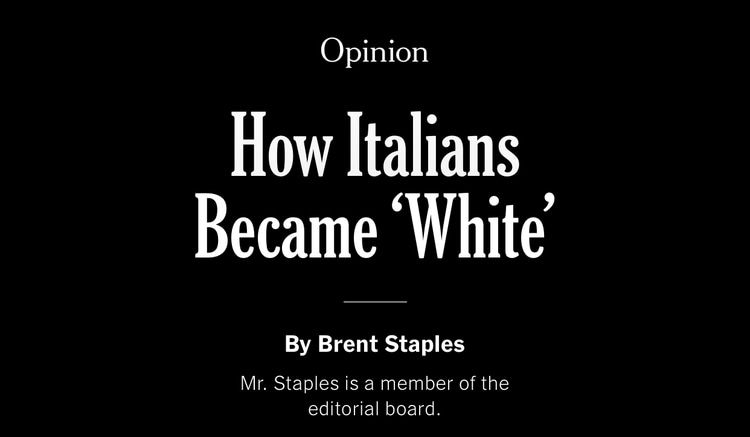 Why the Increasing Frequency of Scare Quotes Around "White" People?

How Italians Became ‘White’
By Brent Staples
Mr. Staples is a member of the editorial board.
OCT. 12, 2019

I first noticed this trend with Ta-Nehisi Coates’ hilarious bestseller in 2015, where blacks are “black bodies” and whites are “people who think that they are white.”

In other words, I guess, TNC wants to imply that blacks are authentically black, but whites all have a touch of the tar brush.

This just seems childish and moronic, but it appears a lot of people are getting into this kind of thinking now. After all, race is just a social construct, so we get to say whatever we feel, so we just spew random insults at whites, such as implying that they suck because they are part black. Which, logically, is self-defeating, but TNC didn’t get his Genius Grant for being logical, now did he?