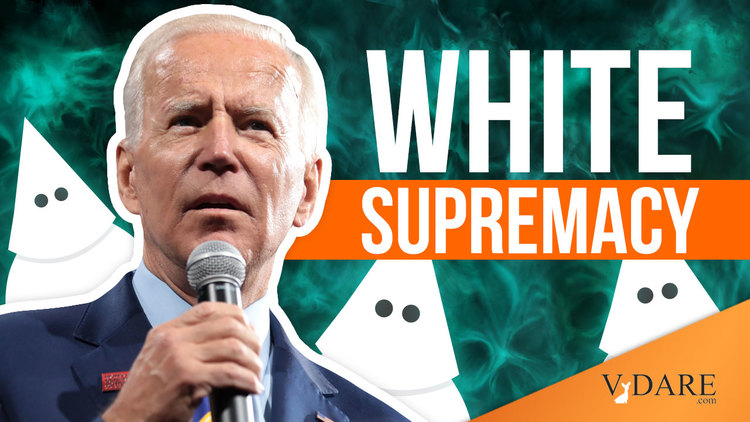 "White Supremacy" Phobe Biden To Hispanic Legislators: “Y’All Are Going To Own The Country, Man.”

White supremacy and all forms of hate-fueled violence have no place in America.

In reality, the more we hear about “white supremacy,” the less of it there is. For example, on the same day, Biden also addressed the Hispanic Congressional Caucus Gala. After noting that Hispanics now make up 28% of public school students, he congratulated the Latino politicians: “Y’all are going to own the country, man.”

Remember, the Great Replacement is just a conspiracy theory, not a Democratic strategy. But don’t ask the President, he probably believes that misinformation.

Seriously, as I’ve been saying for years, Biden is the second Trumpiest politician, combining a huge ego and a loose tongue. But after Biden compulsively spills the beans about some appalling development, he usually remembers to say, “But… that’s a good thing.”