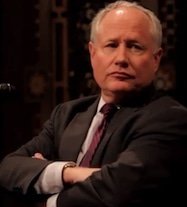 Weekly Standard's Bill Kristol: I'm tired of being out of Power

On Wednesday The Weekly Standard breathlessly proclaimed Poll Offers Brutal News for Obama, Democrats By Jay Cost which in keeping with the publication's housetrained status was picked up and therefore amplified yesterday by Real Clear Politics.

These was not actually much to get excited about in these numbers unless you expect/want the current furor over the Middle East to be sustained enough to stampede America into another regional war.

Noting that the Republicans poll a 7 point advantage over the Democrats on Immigration author Jay Cost wrote:

The immigration item is of most interest to me. Democrats are not dummies. There was a good reason they did not pass a comprehensive reform bill when they had complete control of government back in 2009-2010. The reality is that wide swaths of any such bill are bound to be unpopular. Once you satisfy the “stakeholders” (Obamaspeak for: interest groups that have purchased undue access to policymakers), you wind up with a rotten piece of sausage that John Q. Public does not want to eat. This is why Democrats need Republicans — as cover on the issue. They thought they had it a year ago, and when it looked like the GOP might give in, the public favored Democrats on immigration by four points last September, 30-26. But Republicans like Jeff Sessions have been arguing passionately and effectively about how it is a bad deal for the working class (regardless of race or ethnicity), and lo and behold the issue has flipped from a year ago, to a 35-28 advantage for the GOP.

There is a great deal of sense in these remarks, but more to the point it is good news that a writer at the Weekly Standard feels able to make them.

The magazine and particularly editor Bill Kristol have a lot to answer for as I noted in 2012 in Is Bill Kristol The GOP's Darth Vader On Immigration? But about a year ago I had to acknowledge A Year Late, WEEKLY STANDARD Admits DREAM Amnesty Lawless—But Flinches On Needed Impeachment. Early this year I applauded another essay by Jay Cost: WEEKLY STANDARD Wakes Up: Acknowledges Immigration Income Impact, Sailer Strategy

What is going on? I favor the explanation I put forward in The Lowry/Kristol Odd Couple Stunt: What Do They Fear?

While they know their funders want Amnesty, they also see that Schumer/Rubio means perpetual minority GOP status – which means The Money will promptly lose interest in them

There is little point in being the power behind the throne if the occupant of that throne is in permanent exile.