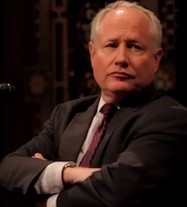 A quite extraordinary piece has just appeared in the NeoCon vehicle The Weekly Standard. The Wages of Immigration By Jay Cost Feb 17, 2014 amounts to an unprecedented admission that mass immigration is bad for working Americans – and that condoning it is going to be bad for the Republicans.

…the Senate bill and House principles offer no protection for the wages and employment status of existing workers. This fact, often overlooked by critics of comprehensive reform, is its greatest weakness...

…there are policies that can increase growth without broadening the middle class—and if the CBO’s analysis is correct, the Rubio bill is one of them. Wages would fall, unemployment would rise, and according to the CBO, per capita gross national product would fall by 0.7 percent in 2023. Thus, even as the aggregate economy would be larger, the average American’s share of that prosperity would be less than without the Rubio reform.

Of course the fact that excessive  immigration puts heavy pressure on working Americans has been a long term theme at VDARE.com, discussed for instance by Ed Rubenstein last month in National Data | December Employment: Half Total Job Growth Needed To Absorb Last Month’s Immigration and earlier by Nicholas Stix in When Does the White Working Class Get Amnestied?

Cost goes on to acknowledge that Amnesty will be devastating for the Republicans:

…what happens if the Republican party slackens in its commitment to protecting wages and employment? Several decades ago, the GOP began winning the white working class in the South, and more recently it has done so in the border states (Kentucky, Tennessee, and West Virginia). Yet its advance in the Midwest has stalled. Ohio remains less than a sure thing…Pennsylvania and Minnesota are creeping closer to the Republican party, but have not yet flipped. Iowa, Michigan, and Wisconsin remain frustratingly elusive.

These are all states where Republicans regularly win statewide, yet lose presidential contests, in part because Democrats successfully tag GOP nominees as heartless plutocrats. The only way for the GOP to shatter this image is through an explicit and relentless commitment to pocket-book issues of concern to average Americans. A comprehensive immigration bill that lowers wages is a giant step in the wrong direction.

If Mitt Romney had …swept the Rust Belt, he would have won by the same margin in the Electoral College that George W. Bush did in 2004. The Latino vote might be the fastest growing in the country, but Republican victory for the foreseeable future depends on carrying the Rust Belt.

This of course was the view I expressed in Hitler's Revenge: Why Romney Failed With Northern Whites, by James Kirkpatrick in Economism Not Enough—Third Party Needs To Defend White Base and Peter Brimelow in Who Cares About The Hispanic Vote? What About the White a.k.a. American Vote? It has long been known at VDARE.com as the Sailer Strategy.

John Derbyshire noted today in Boehner's Ceau?escu Moment: "We May Permit Ourselves A Brief Period Of Jubilation" the same phenomenon I observed in 2007 in ParaPundit's J'Accuse...!

…the situation amongst the Establishment "Conservative" Commentary …is becoming reminiscent of watching the fall of Saigon. There goes Charles Krauthammer (or Yankhammer), clinging to a helicopter's skids. Here are NRO's Frum and Goldberg, scrambling for cover.

For VDARE.com, used to being lonely and ignored, the situation is odd. We are still ignored of course, but the most astonishing people have crowded into our space and are occupying our intellectual furniture.

But the conversion of the Weekly Standard is very odd. It is controlled by sinister Bill Kristol, the man more than any other culpable for the failure to prevent the Mexican conquest of California. In 2006 Kristol was abrasively on the other side:

THE HOUSE CAUCUS TO RETURN THE REPUBLICAN PARTY TO MINORITY STATUS—also known as the House Immigration Reform Caucus—held a press conference Thursday. The GOP solons were upset. The Senate Judiciary Committee had not followed the lead of the House in adopting an "enforcement only" immigration bill. The committee had reported out a sensible and comprehensive immigration bill that includes border security measures, a guest worker program, and, for illegal immigrants already here, a path towards earned legalization and citizenship...

Most Republican officeholders know that the political—and moral—cost of turning the GOP into an anti-immigration, Know Nothing party would be very great. It could easily dash Republican hopes of becoming a long-term governing party

Y is for Yahoo William Kristol The Weekly Standard April 2006

What has happened? One possibility is the one I raised in Rubio's Amnesty: Even NR's Rich Lowry Balks. The Conservatism Inc media arm is

...extremely aware on which side their bread is buttered. But they also know that they have to have bread, aka a following amongst the conservative-minded peasantry. The...Amnesty is threatening their franchise. The dogs don’t like it.

But Kristol does not deal with the peasantry. My assessment is that at 61 he realizes that the Rove style Romney disaster pattern is liable to deprive him personally of influence in another Republican Administration.

So of course that makes everything different.

Better late than never, I suppose.