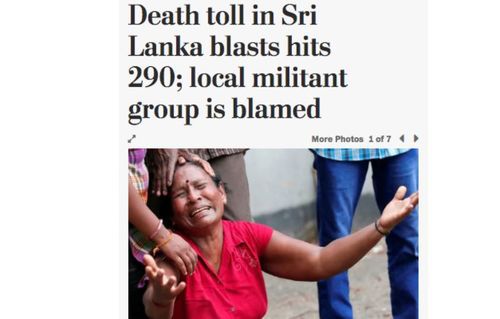 It’s all rather confusing. Why do you want to know, anyway?

Well, like it says, the Who is the National Thowheed Jama’ath.

What’s that? You’ve never heard of them? Like it says, they are a local extremist group.

What kind of extremists? They are militants: mil…i.tants. Just like the headlines say.

And who are the Whom? Well, they are the 290. Why do you want anymore specifics?

Update: The Washington Post now appears to have been shamed by its derisive commenters into making its headline more informative: Still no mention of the C Word (“Christians”) in describing who, exactly, were the victims.