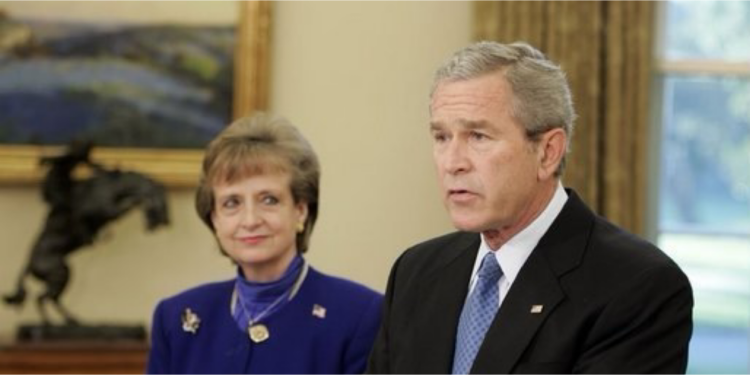 But the first thing wrong with it was that he attempted to nominate a woman to replace Sandra Day O'Connor.

There was no need to nominate a woman—if asked, W. could have said that while the Supreme Court is supposed to decide on affirmative action and quotas, there's no need for them to appointed on that basis. If pressed, he could have said "What is there about the careers of Sandra Day O'Connor or Ruth Bader Ginsburg to make any Republican President repeat Ronald Reagan's experiment of putting a woman on the court?"

But that wouldn't have been W. No, since people are asking, I don't miss him.