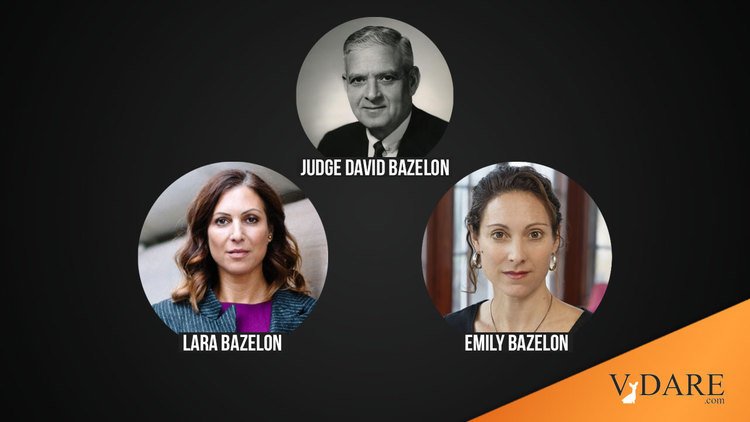 Although there are still pockets of injustice in America, such as those blue collar families in the New Haven area who keep minorities down by encouraging and instructing their own sons in the study of how best to rescue people from burning buildings, it's heart-warming to see that a complete outsider like Emily Bazelon can become the MainStream Media's all-purpose Supreme Court oracle, despite her suffering from such unfair hindrances as being a woman, a relative of best-selling feminist Betty Friedan, the granddaughter of the most powerful non-Supreme Court judge in America during her childhood (David Bazelon), having some kind of wacky Truman Capote Creative Writing fellowship at Yale Law School, and suffering from PCS (Pervasive Cluelessness Syndrome).

In this long interview in the New York Times, Bazelon asks Ginsburg the kind of fearless, hard-hitting questions you'd expect from her, such as:

Q: Can I bring up the Ricci case, brought by the New Haven firefighters?

In her unintentionally revealing way, though, Bazelon does allow us to get an eye-opening view of Judge Ginsburg's judicial philosophy, which, to summarize the interview, would appear to consist primarily of: