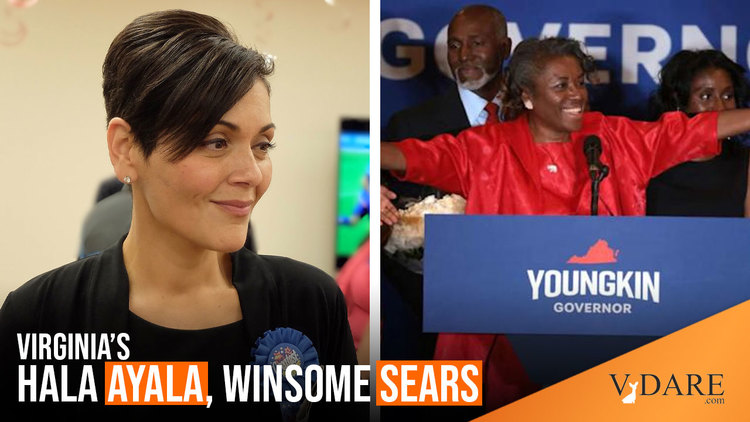 Nominating a black women, even a patriotic black woman like Winsome Sears,  as the GOP candidate for Virginia Lt. Governor is usually considered to be part of the GOP outreach to minorities. Did it work?

There are two answers to that:

Roughly 74% of the electorate is White, according to the exit poll, compared with about two-thirds in the 2017 governor's election and the 2020 presidential election.

It's possible that some black Democrats voted for someone of their own race, instead of the vaguely "of color" Democratic candidate, Hala Ayala,  who looks quite white for someone who is "of color".

But the difference between an 84 percent vote and the 95 percent of the black vote Obama got in 2008 doesn't matter. It's still a landslide the other way.